Saturday. A semi-relax day. For half the day, I was on my laptop trying to catch up with homework and journals for my classes. I ended up getting sidetracked within an hour and started working on other personal projects. I knew I had a lot of work to do and even stressed about it, but the part of me that didn’t care continued to do other less important tasks.

The Queen’s birthday was today too. I didn’t go the ceremony, however, because I didn’t feel like being surrounded by a bunch of people. I did consider going sense it would be a “cultural experience,” but then I thought, “Nah.”

Anyway, around 2:00, I decided to go see Aladdin (the movie) at the Odeon cinema. On my way there, I saw a street performer called Kileza. Her voice was so beautiful. I wish I bought one of her CDs, but I was already late to see my movie. 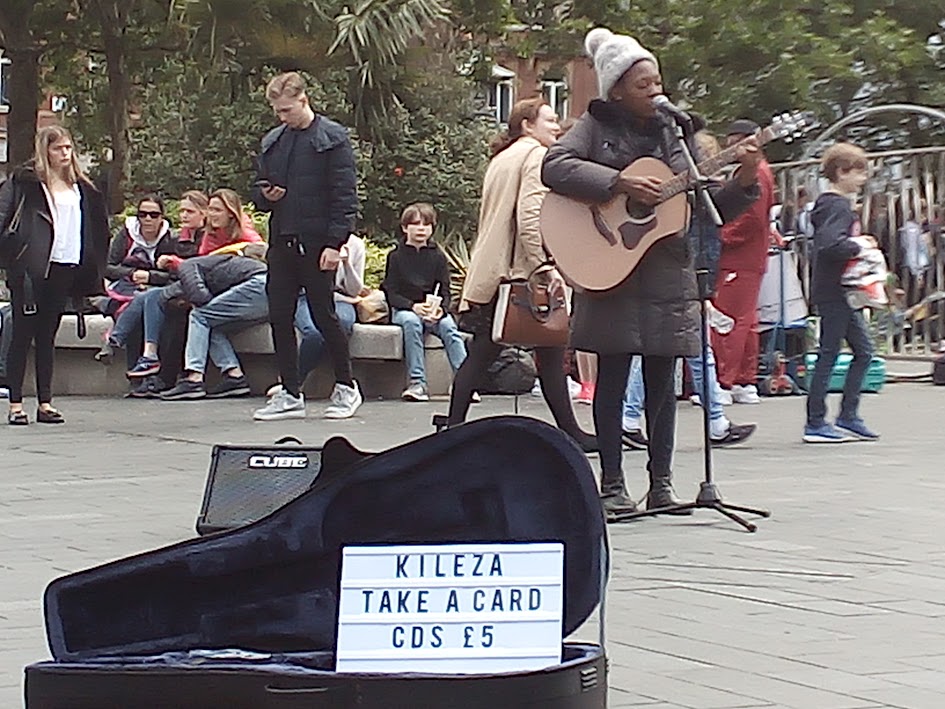 When I got inside the cinema, it took me a minute to figure out how to buy a seat on one of the touch screens. Even when I got to the end when I had to pay, the machine only took card, so I had to go to a register and pay that way. Lucky too because there was only one seat left in the very front. What also tripped me up about this cinema was that it was a fancy one with a lounge, a bar, and what seemed to be private cinema rooms. I say “seemed” because when I walked into the room that was showing Aladdin, I was shocked to see a small room with no more than eight rows with about five seats. Compared to other screens I’ve seen, this one was the smallest. 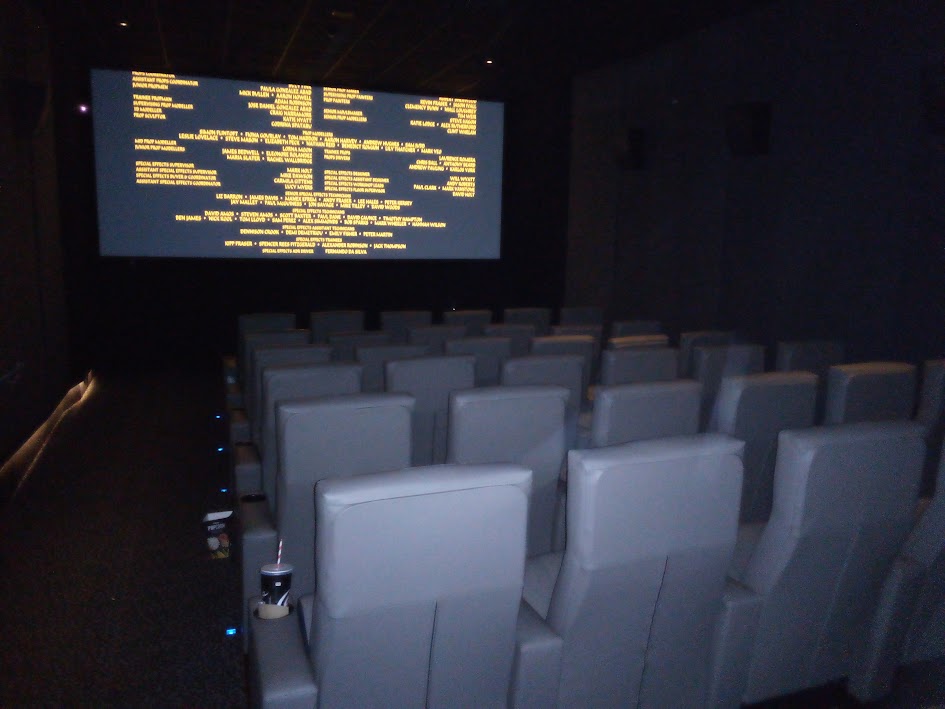 Before the lights go off in a theatre in the U.S., ads constantly show. It’s only when the lights dim that the trailers begin. Here however, the lights dimed then showed ads for a good 15 to 30 minutes. THEN it showed the trailers. I really wasn’t used to that. A lot of the ads made no sense to me too because it would show one thing, then say it was related to another that I wouldn’t even consider. Maybe it was just a London thing. Even so, there was one ad with a song I liked called “Look After You” by Aaron Wright. I think that one was worth it. 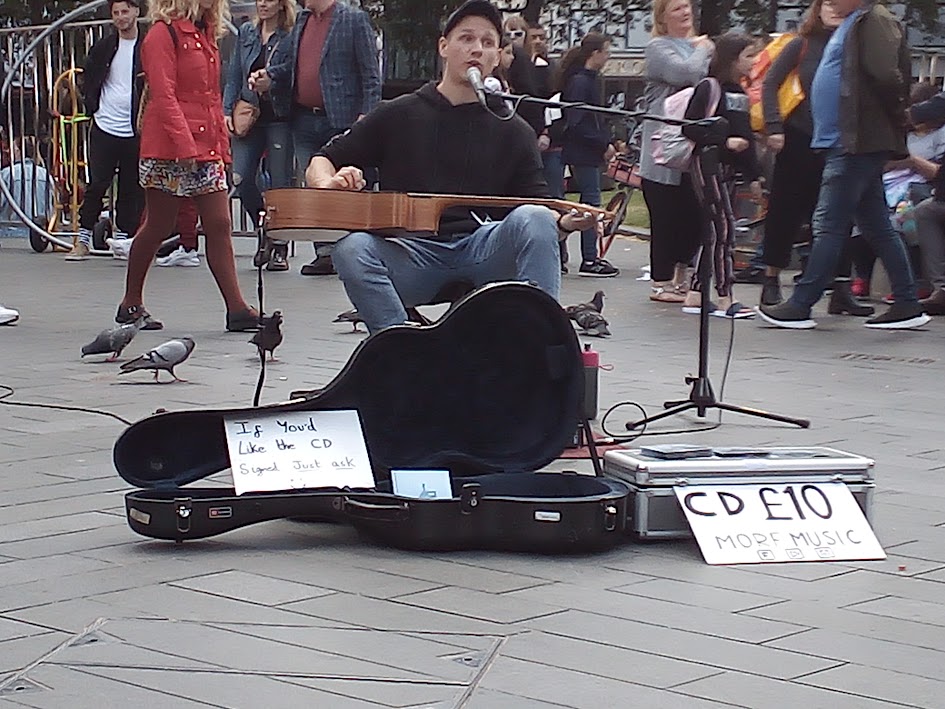 After the movie (which was good) was over, and after I saw another street performer called MORF Music (who made this crazy sound effect), I headed to the Adelphi theatre to see the musical Waitress. For this, another student, Daniel, came to watch with me. We were in the upper circle, so it was a bit of a pain to see the stage. Nonetheless, the play was really good, and the singing was phenomenal. 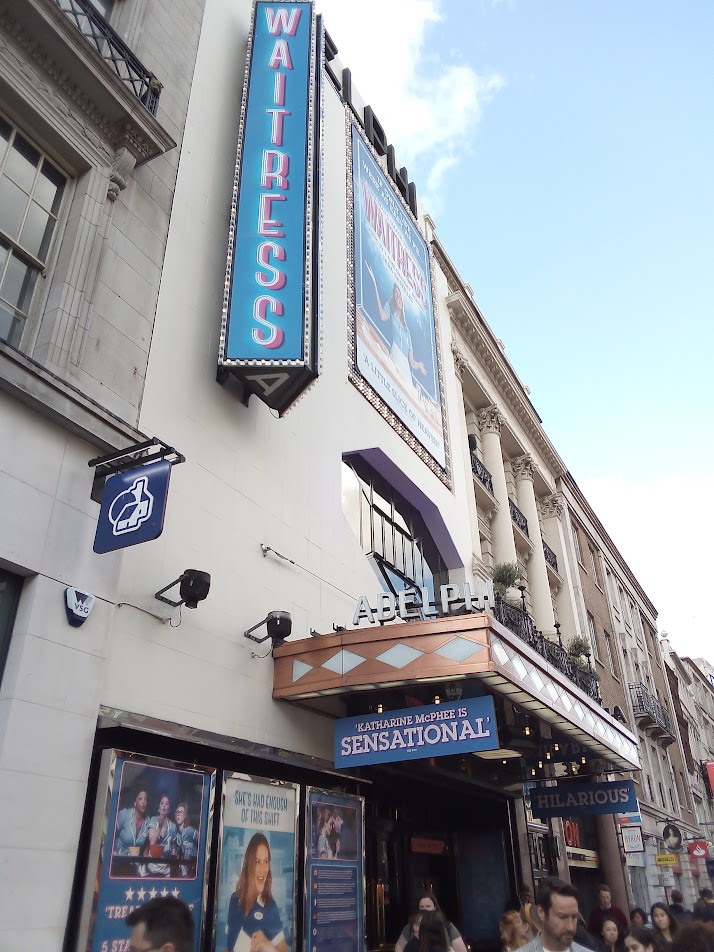 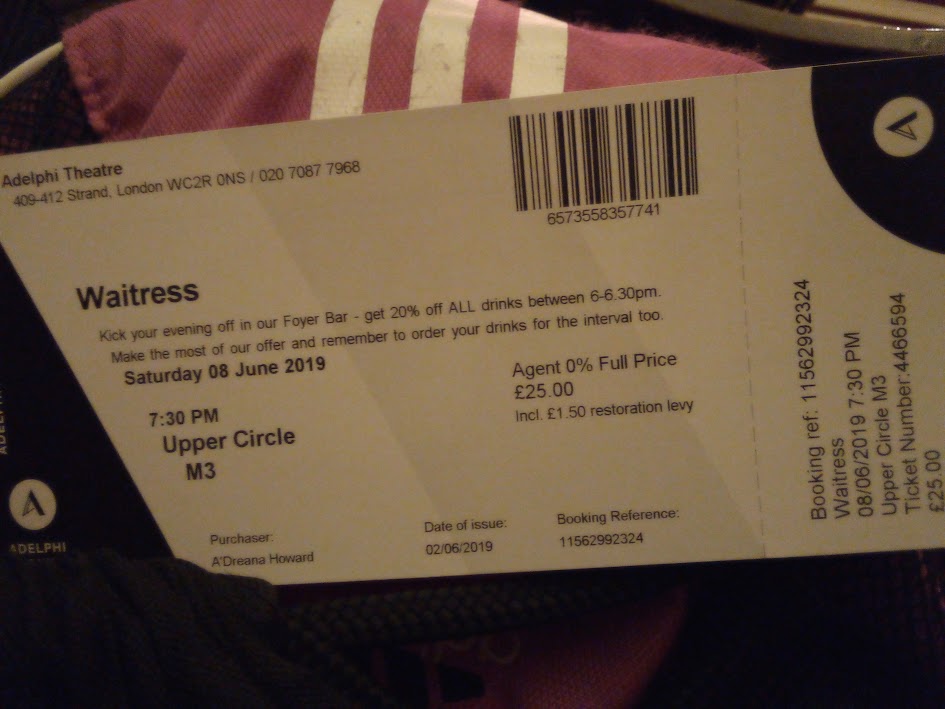 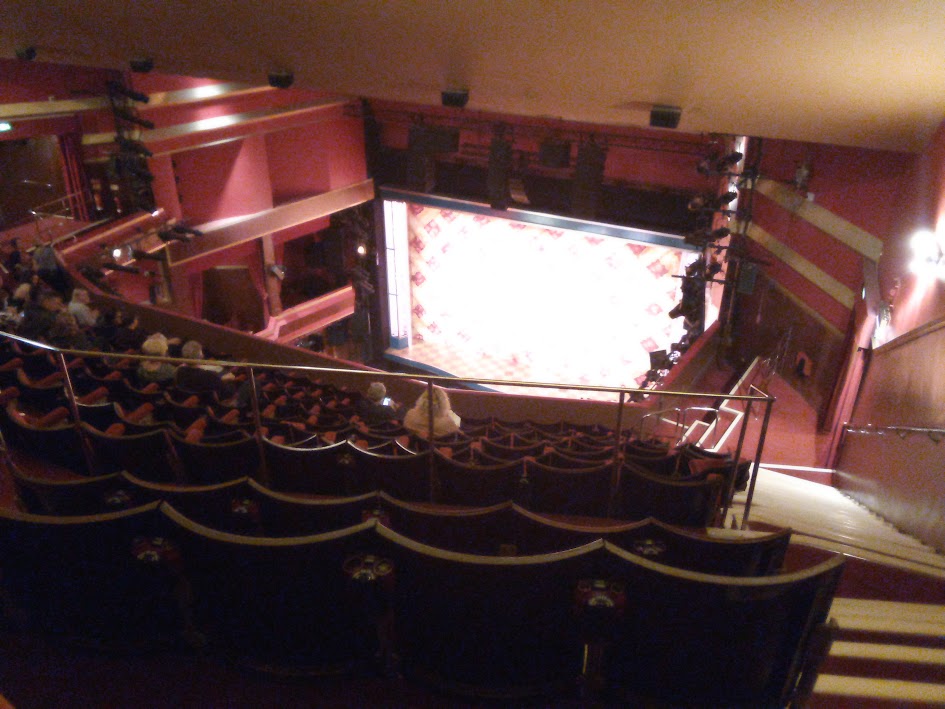 Observation: Public affection here is a thing. I mean, you see hand holding and kissing in public in the states, but here, couples are making out in train stations, tangled together in the train, and just constantly touching like they always have to be only a centimeter away from each other. That was a bit different to me.