Pack your guns and machetes because today, I visited a cemetery. A scary place filled with zombies and ghosts waiting to come and eat my soul and flesh and bones, right? Actually, no. Apparently, cemeteries here in London are treated more like parks. People come here for a simple stroll for fresh air, to dwell in historical facts, to see strangers’ graves, and occasional to pay respects to their own. At Highgate Cemetery, the one I went to today, our interviewing class decide to stroll around the masterful graves. I say masterful because several of them were freakin’ gorgeous and sleek. Not many people really appreciated the atmosphere, though, because in less than five minutes, thee fourths of the students already headed out to leave. The professors stood in their path and basically scolded them, telling them they didn’t just come here for them to stay for a mere five minutes. 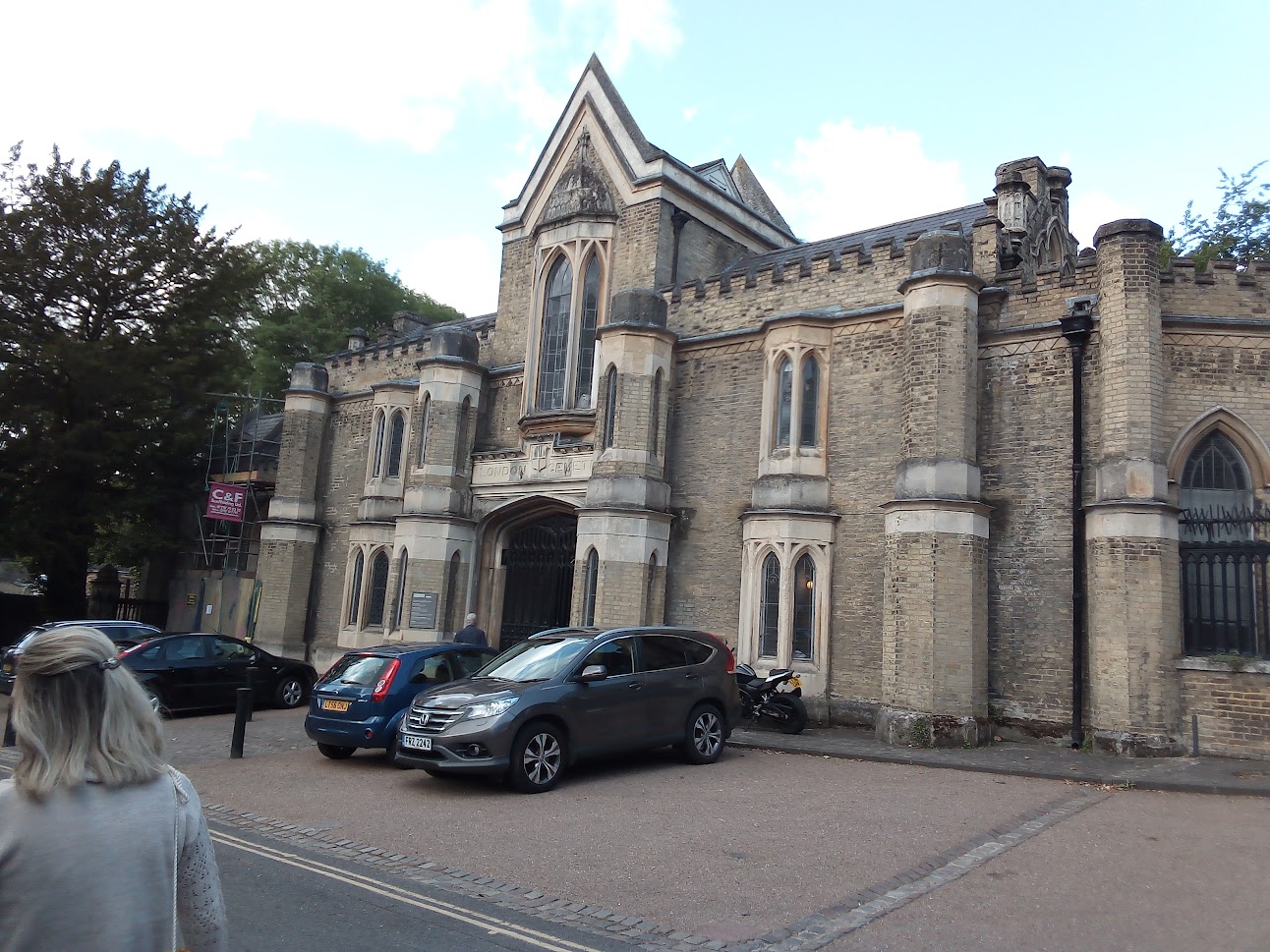 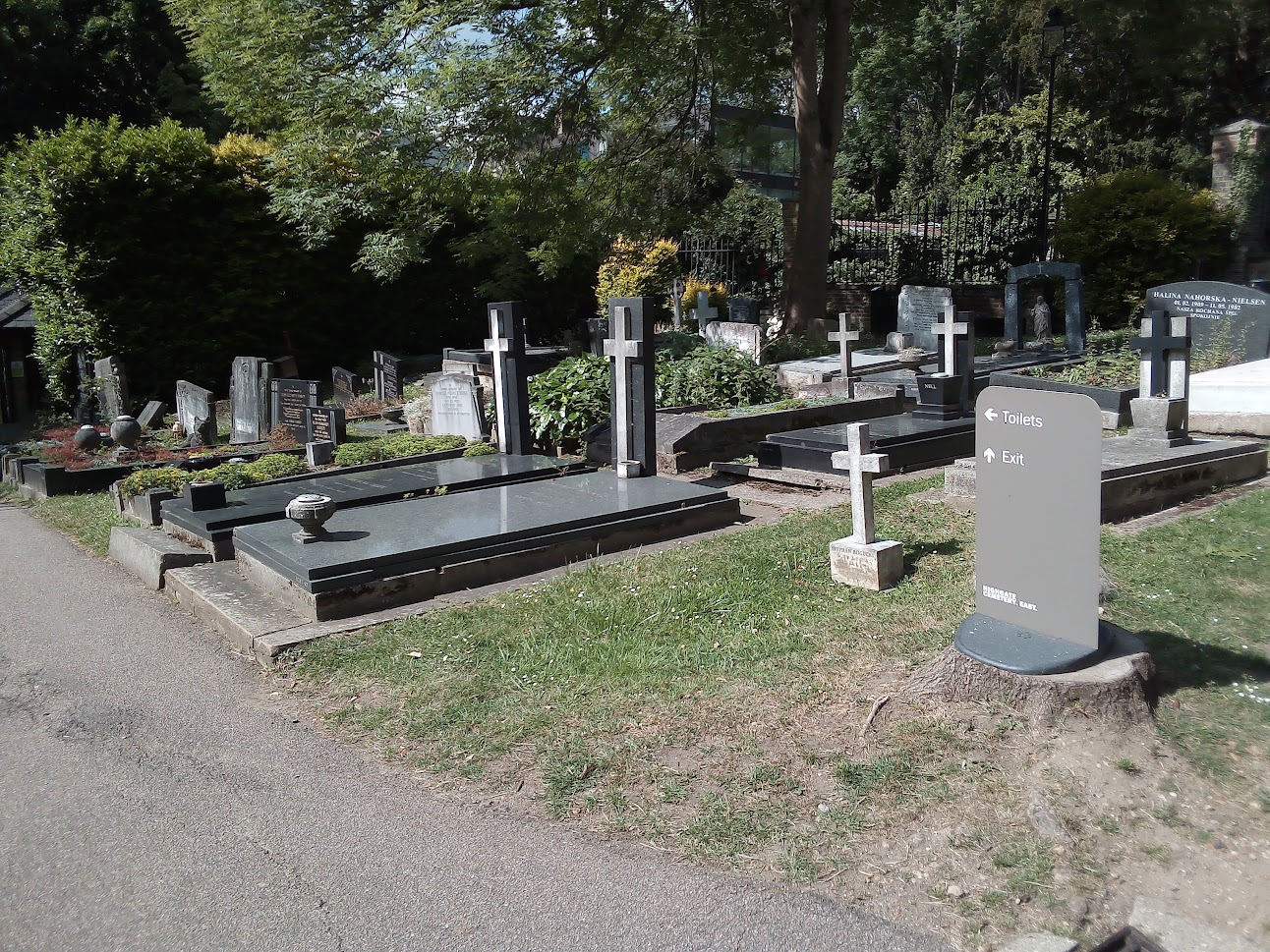 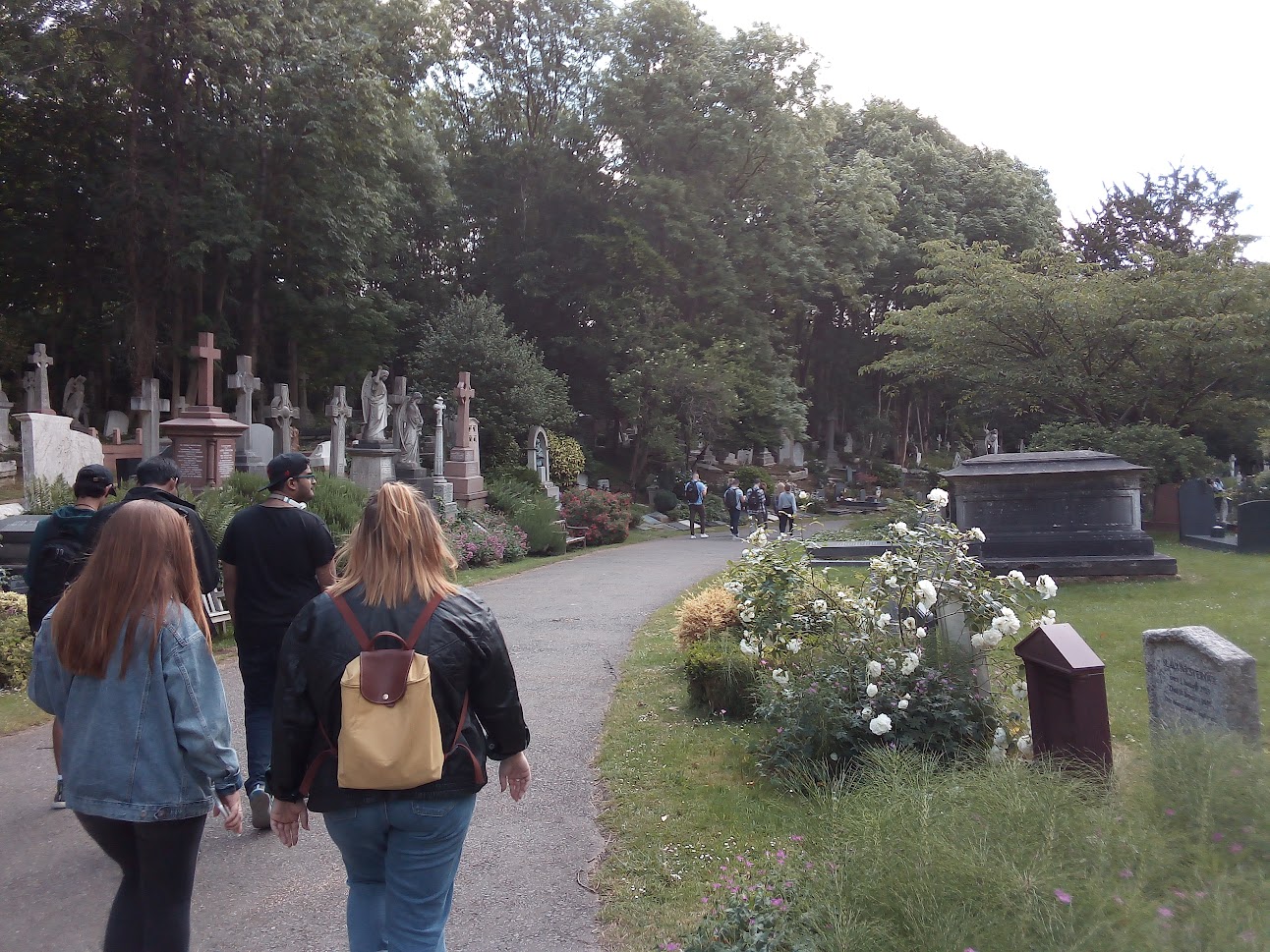 Anyway, there were two sides of the cemetery: the west side and the east side. Our class explored the East side (I believe), the side that housed a lot of famous or well-known people. I ended up seeing the grave of Douglas Adams’s, the author of Hitchhikers Guide to the Galaxy. I also got to see the grave of a famous pop artist. Their grave really showed their craft because it was made into simple shapes with the simple reading of “DEAD.” 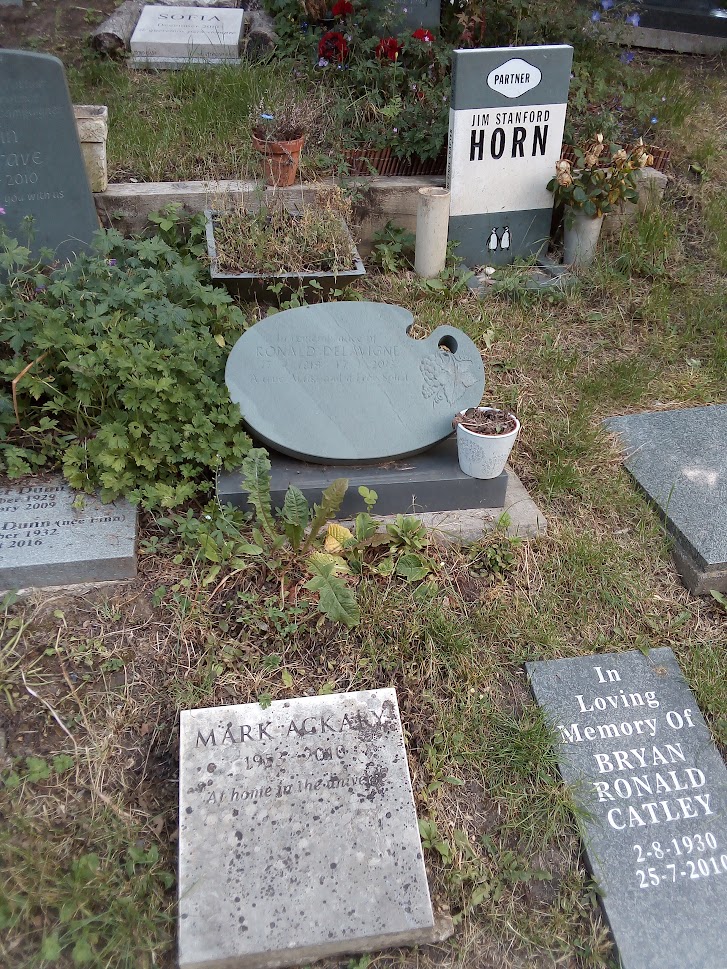 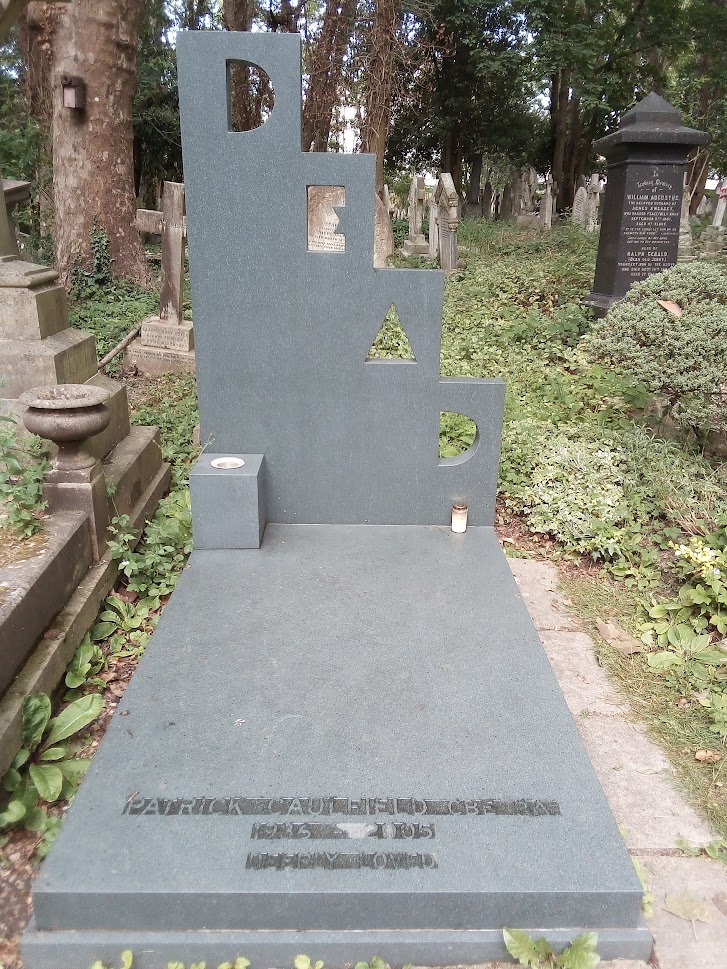 As I waked through the cemetery, I noticed rocks on top of some of the graves and wondered what it could mean. I even saw red candles propped at several graves as well. But the thing I found most interesting where the intricate (to a degree) sculptures I saw at many of them. When I looked on the Highgate website, I saw that custom stones could be made. It made me really wonder who hired a bunch of people to carve our a sculpture of an angle to place on graves. 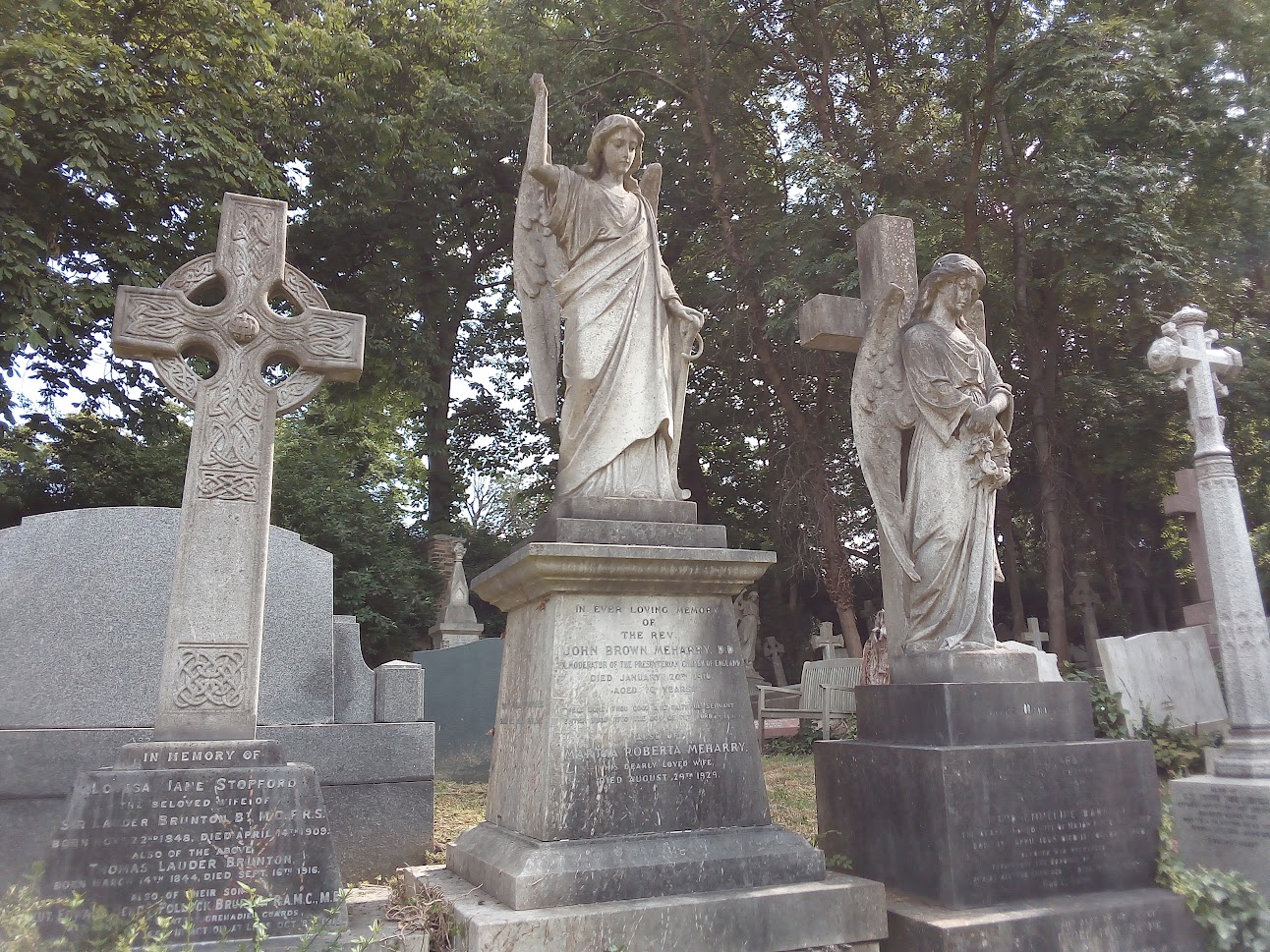 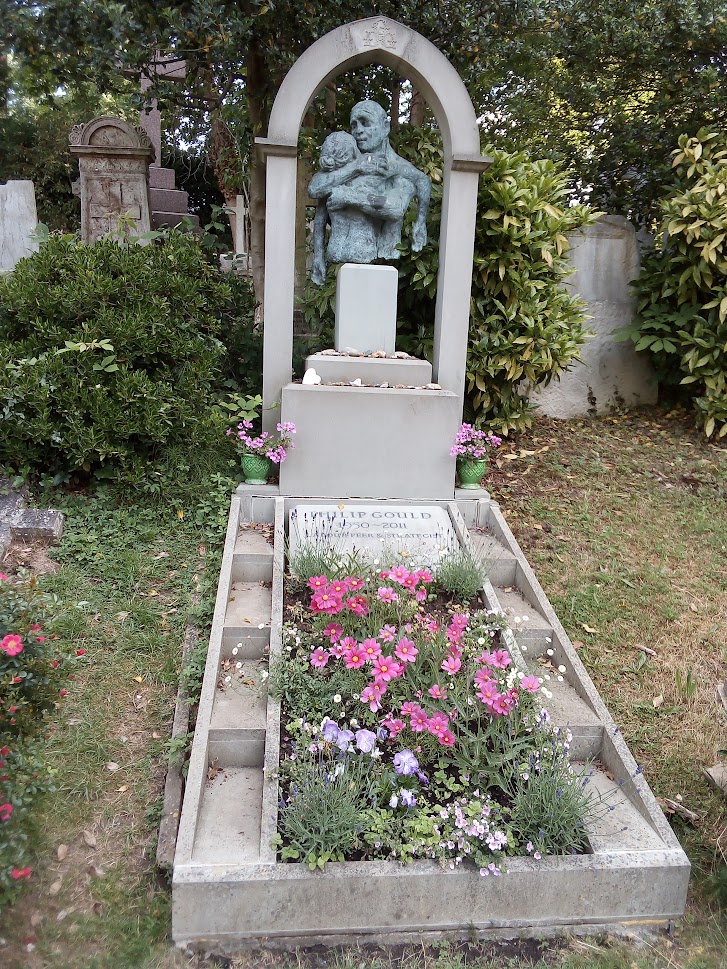 Finishing our rounds around the cemetery, I finally decided to leave with my roommate. As we did, we stumbled across a park and decided to have a little fun. Just imagine a group of college students swinging around, hopping on a budgie board, and nearly breaking their necks in an attempt to make it across a rolling log. It was really fun. But I started cracking up when I saw a guy roll down a slippery hill like a rag doll and end up in a position like a guy who fell down in Family Guy. He was fine, so I regretted nothing. 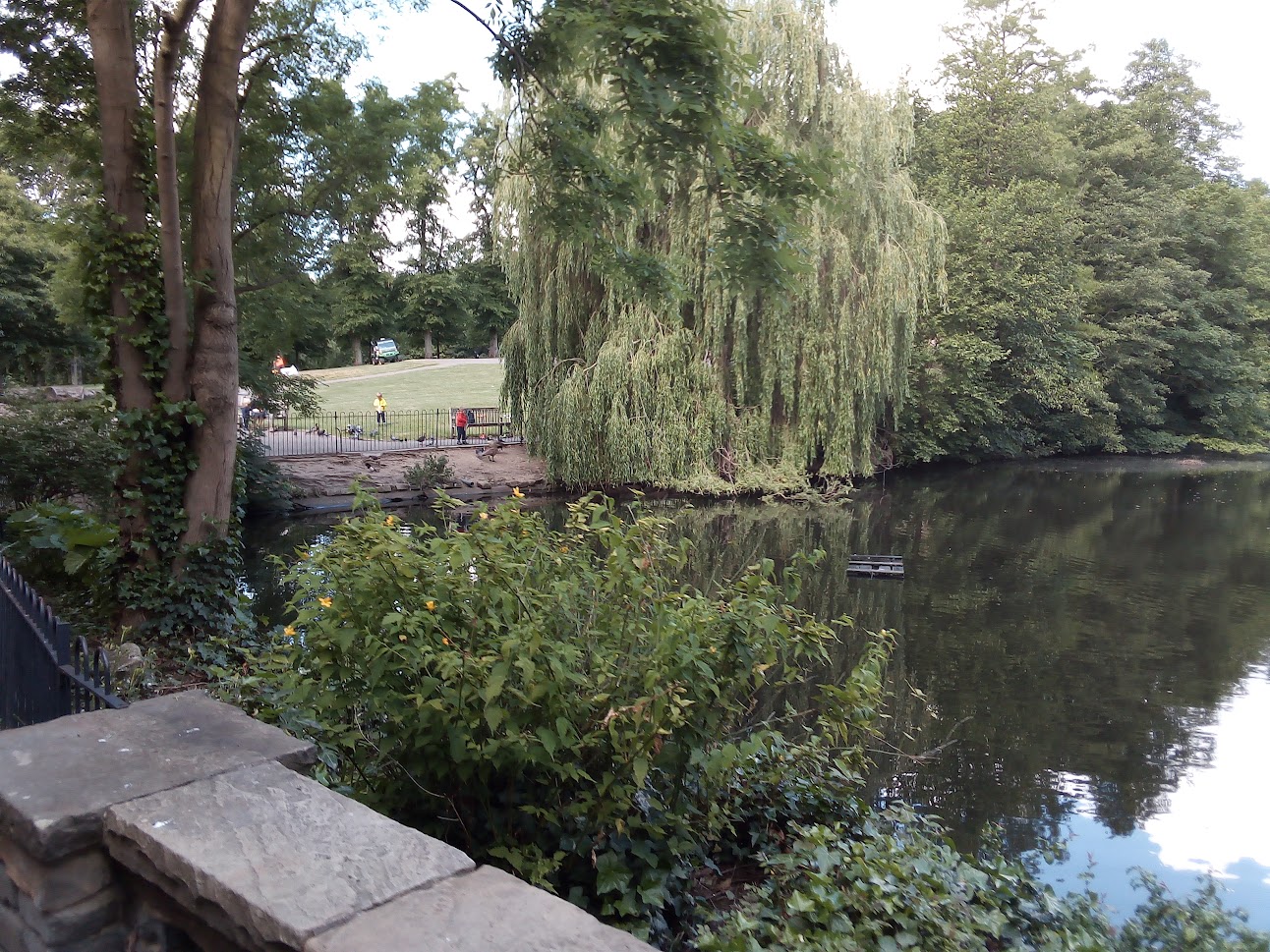 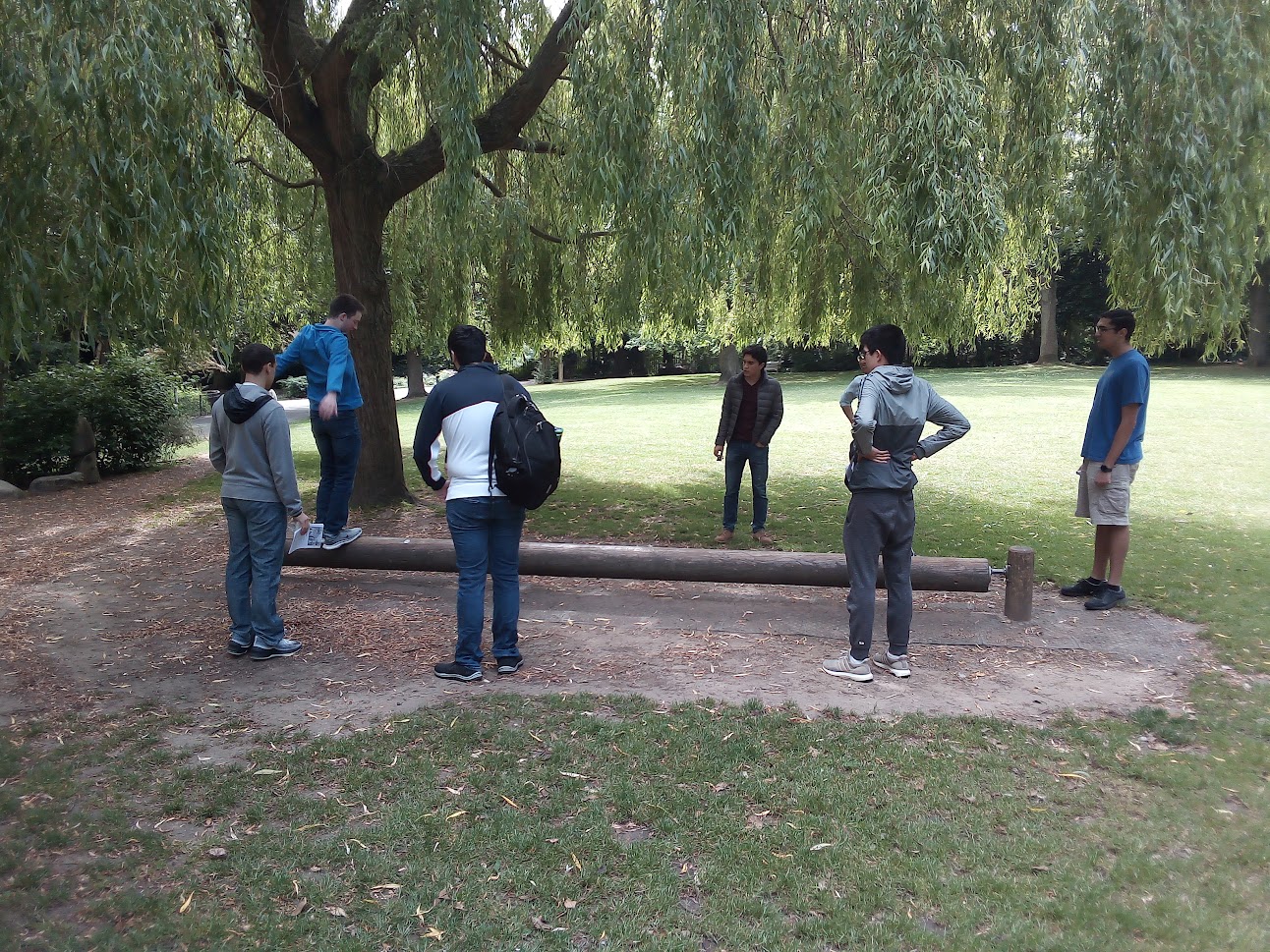 Anyway, after continuing to laugh at that guy’s expense and eating at Nando’s with my roommate, the two of us took a double decker bus to go to Primark, a retail store with cheap clothes. I didn’t do any shopping (because I don’t like shopping much) and simply watched my friend bounce around joyously. We were in the store for maybe a good two hours. I grew a little irritable by that time and was extremely grateful when it was time to leave. 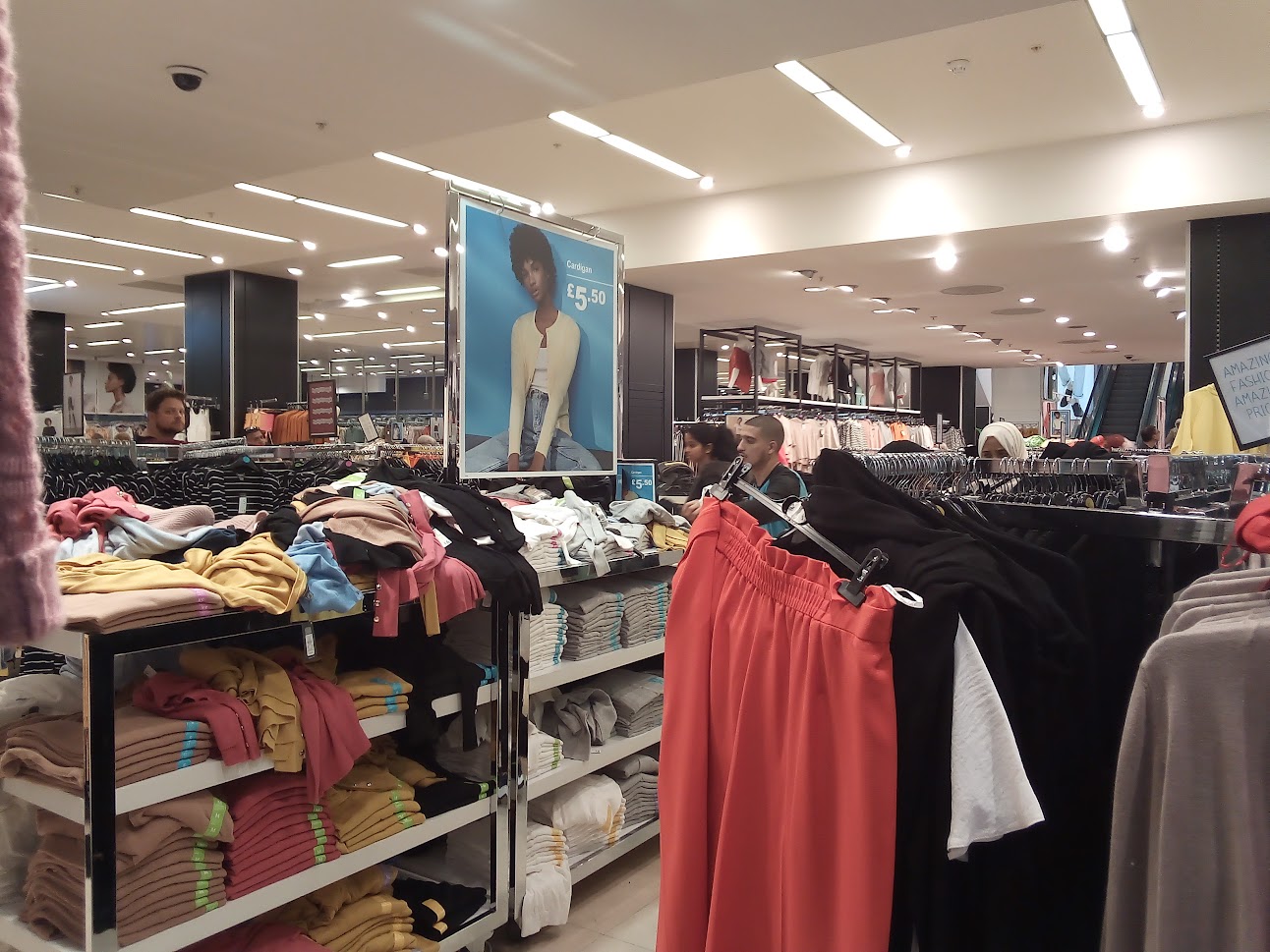 Observation: In restaurants, asking for something “to go” is call a “take away.” Also, cup sizes, as one might imagine, differ here, along with clothing sizes. An XL here is a Large in the U.S.