I was out all day today. To start, I went to Tower Hill for a Jack the Ripper tour. There were no gathered groups when I exited the station, so I started to freak out. Maybe I’m late, I thoughts. But then, I saw a woman holding a CAPA sign, a man standing at her side. I went an introduced myself and was pleasantly surprised when I found out I was the only one who arrived for the tour. The CAPA person constantly apologized to me for being the only person there, but I didn’t mind. In fact, I went on the tour anyway. The tour guide, Oliver, kept joking, asking the CAPA woman if she trusted him to give the tour to me since, you know, it’s about a murderous man an all. I had no issues. Apparently, it as the first time in ten years that Oliver had to give a tour to a single person, so the tour was more of a conversation. We even got to sit in the shade in several instances. 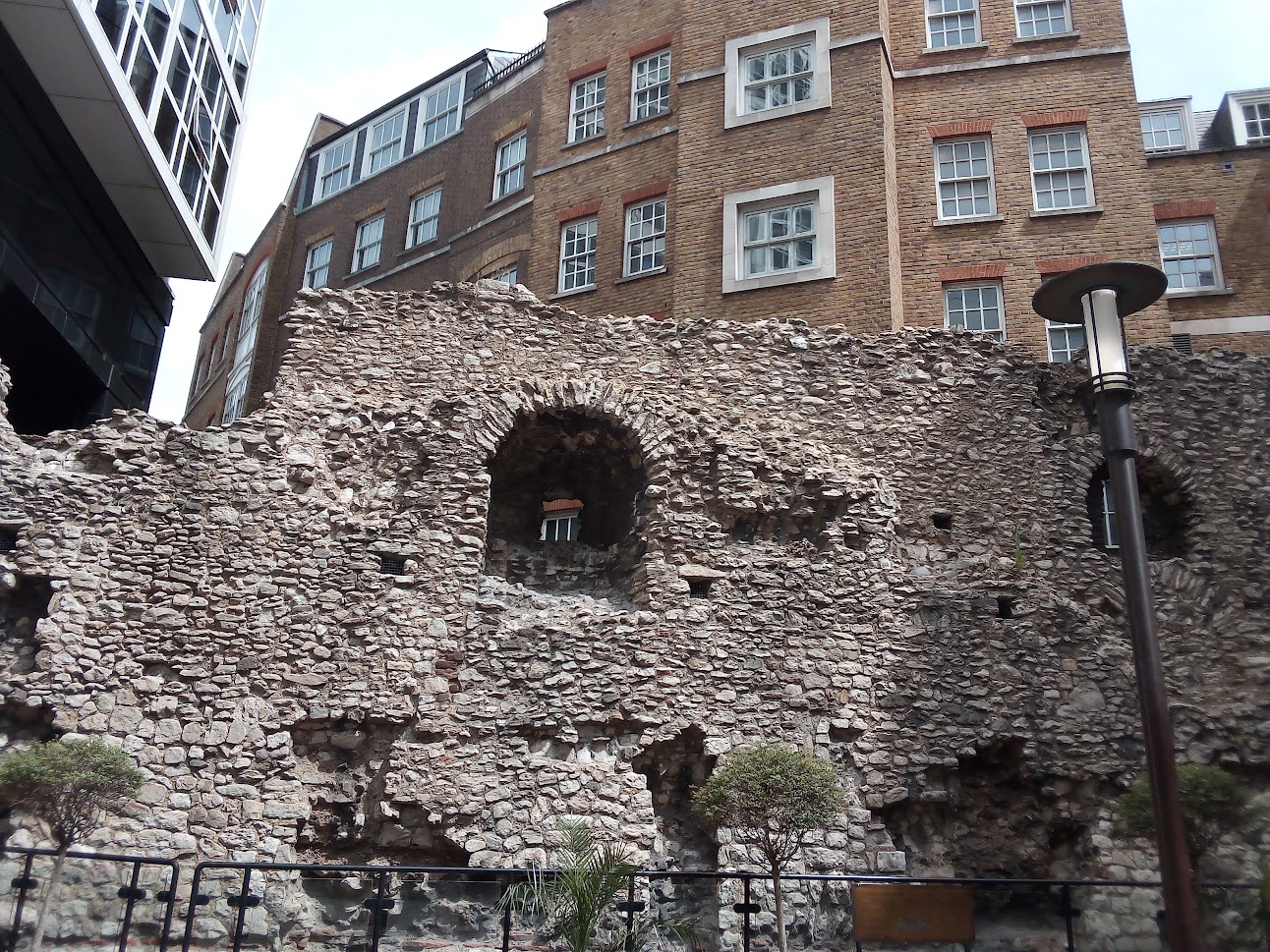 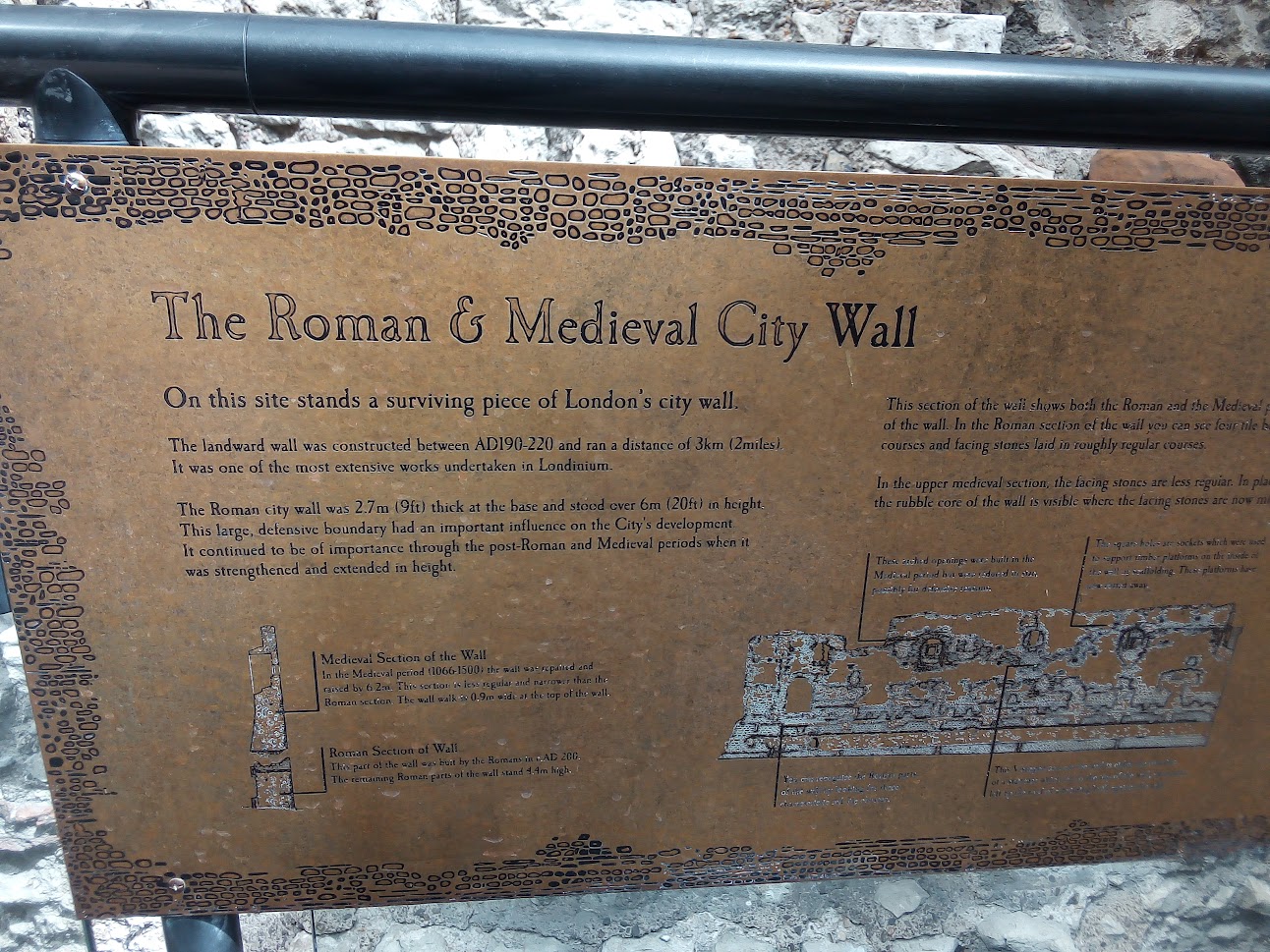 Anyway, the tour was very interesting. I’m really intrigued by tragedies an murders, so it was a little fascinating to hear all the information that was gathered on Jack the Ripper and the five women he brutally murdered. Besides the women having their throats slashed and their bodies mutilated, I think the thing that stuck with me out most was that a letter along with half a kidney was sent to the cop investigating the murders. 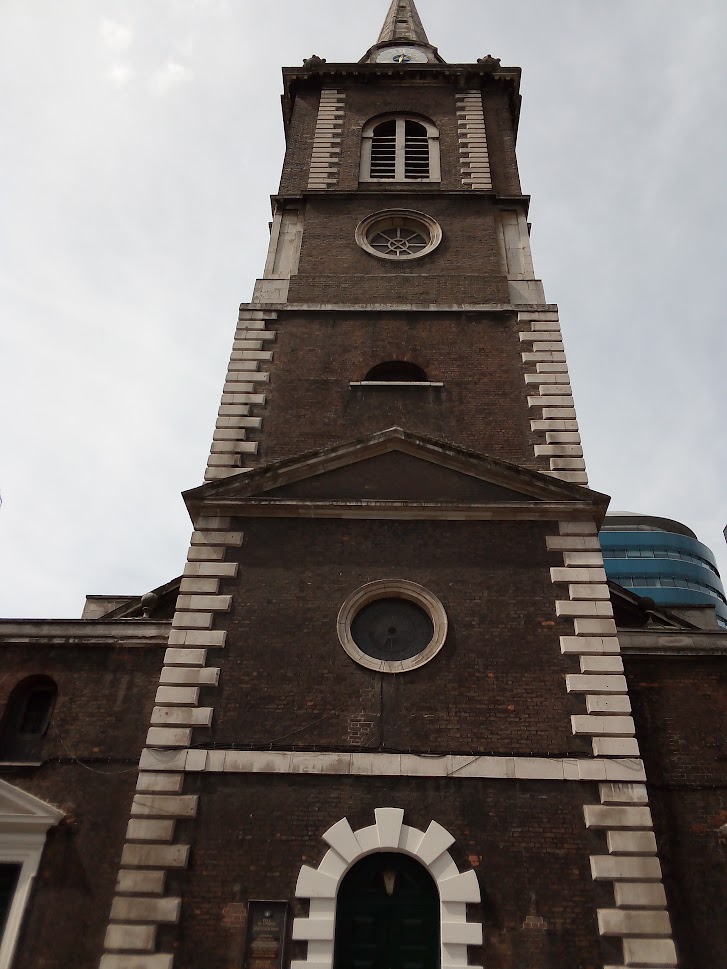 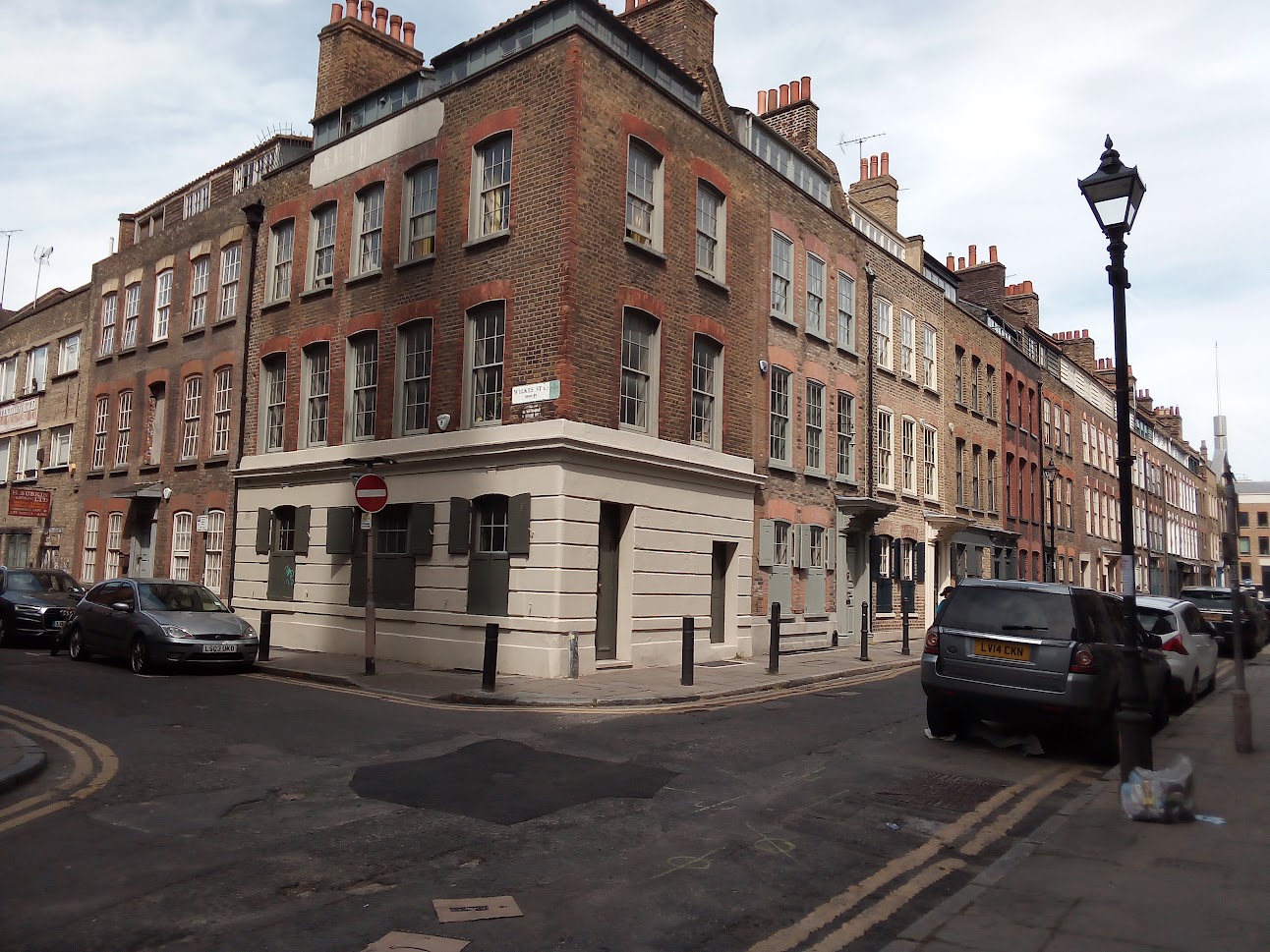 During our tour, we ended up passing a Trump display of artwork mocking him. I decided not to speak at that time, just in case there were some hateful people around. After seeing the display, Oliver told me that that he either met (angry) American Democrats or embarrassed Republicans. He guessed that hard core Republicans were just to, well, hard core to bother to get a visa. I also saw an old London bus, the one people used to just hope on to avoid paying.

The tour eventually ended at the Old Spitalfields Market. There were a lot of trending clothes and various crafts and foods about. I did a bit of shopping and ended up buying some crafted earrings and a Lemongrass candle. After that, I headed to The Harold Pinter Thetre to go see the play Betrayal. 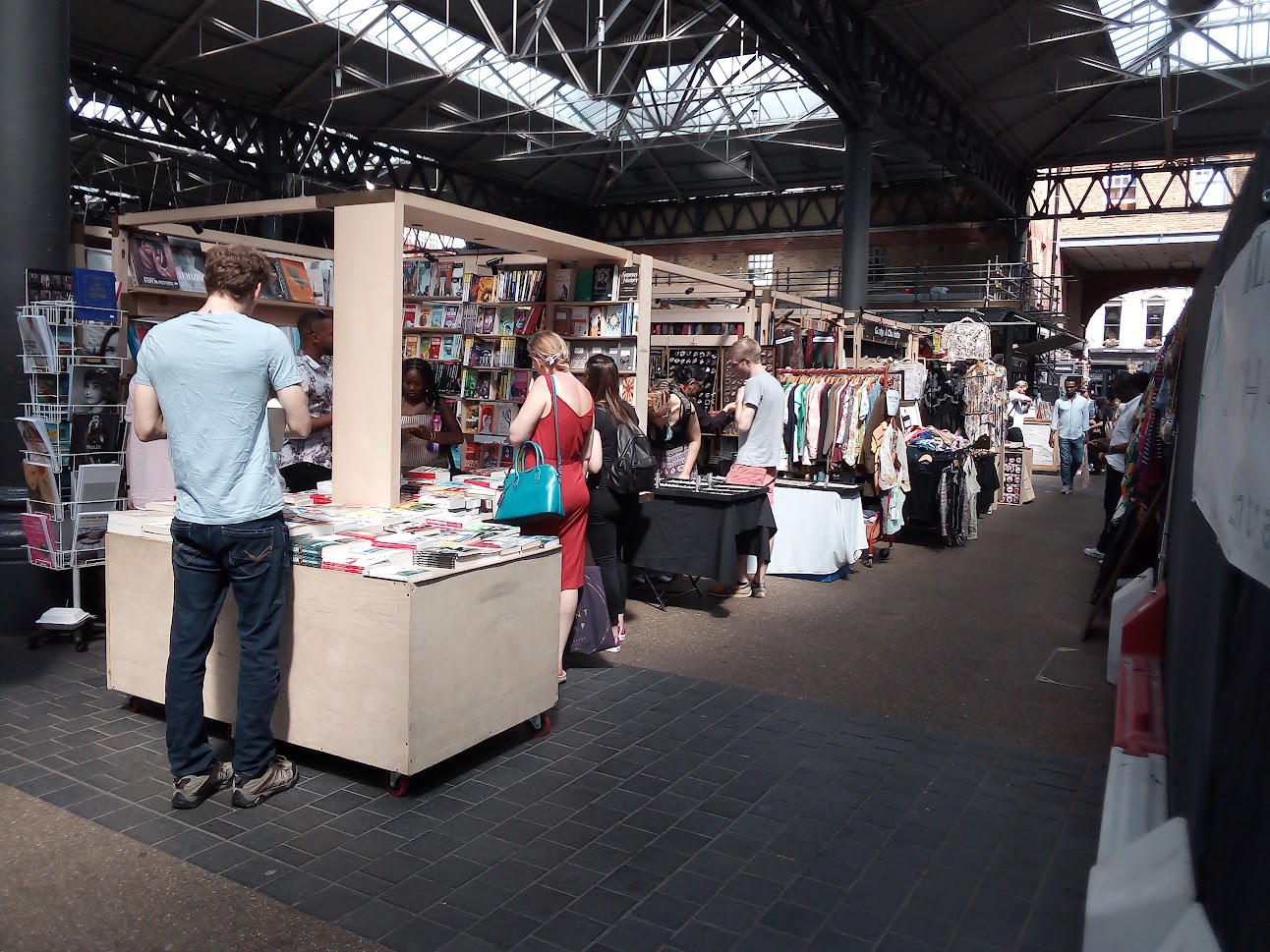 I arrived early enough to see a ridiculously long line of mostly women. I assume they were waiting to see Tom Hiddleston, since he was in the play. But, I didn’t feel like joining that line, so I went to Caffe Nero (the Italian coffee) instead to pass the time. At one point, I walked outside and sat, admiring the Aladdin Cinema poster. A man looked at me, smiled, then gave me a fist bump. I don’t know why he did it, but it sure brightened my day even more. 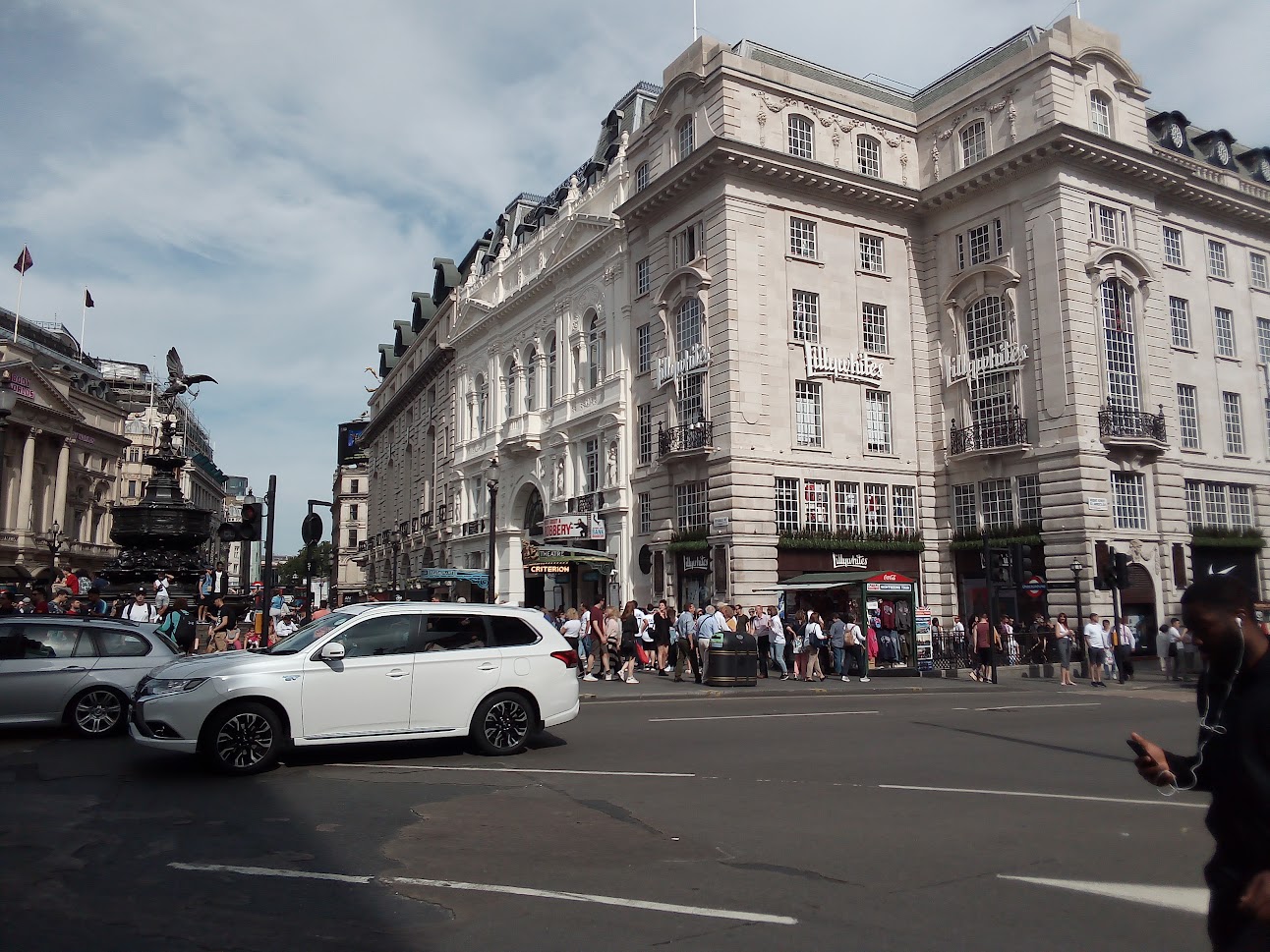 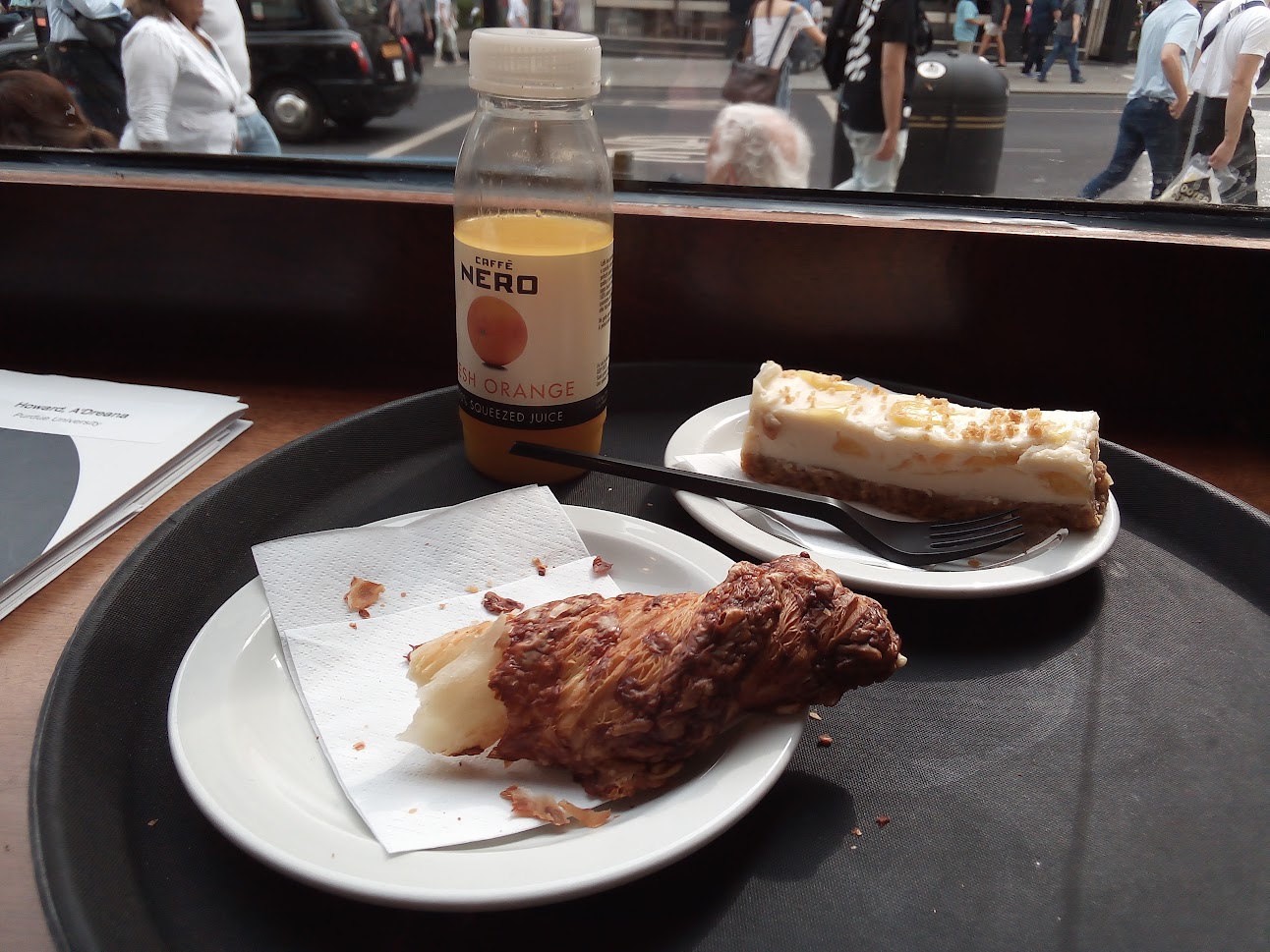 As I explored the streets, I saw some street artists as well. There was one in particular named Pablo. He had a book placed on the ground so passers by could write their thoughts in it. I did, telling him how he was an inspiration to me. 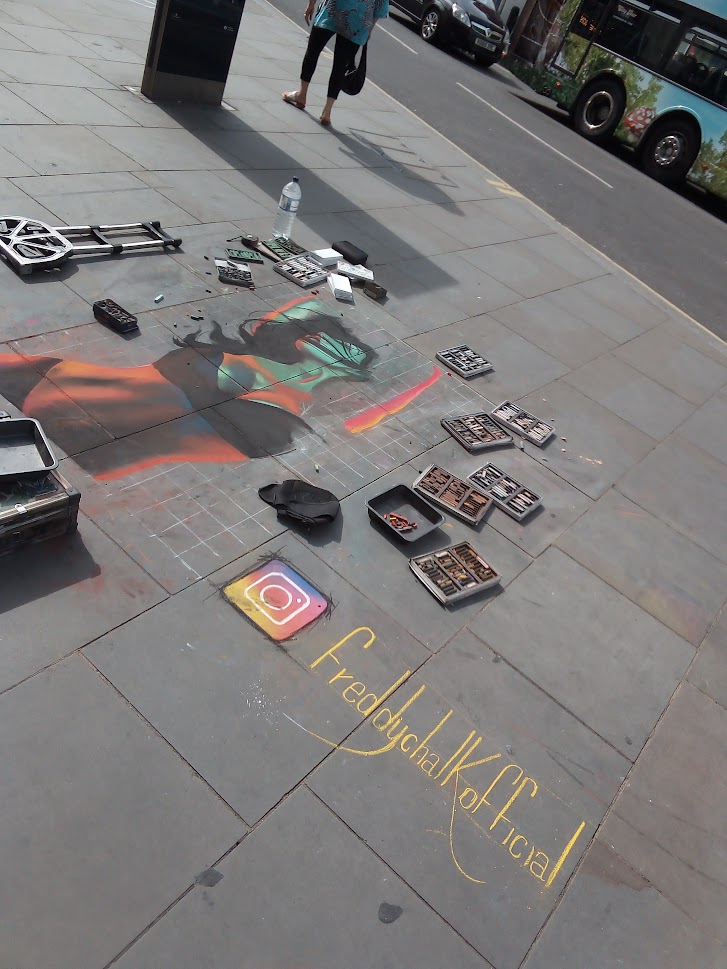 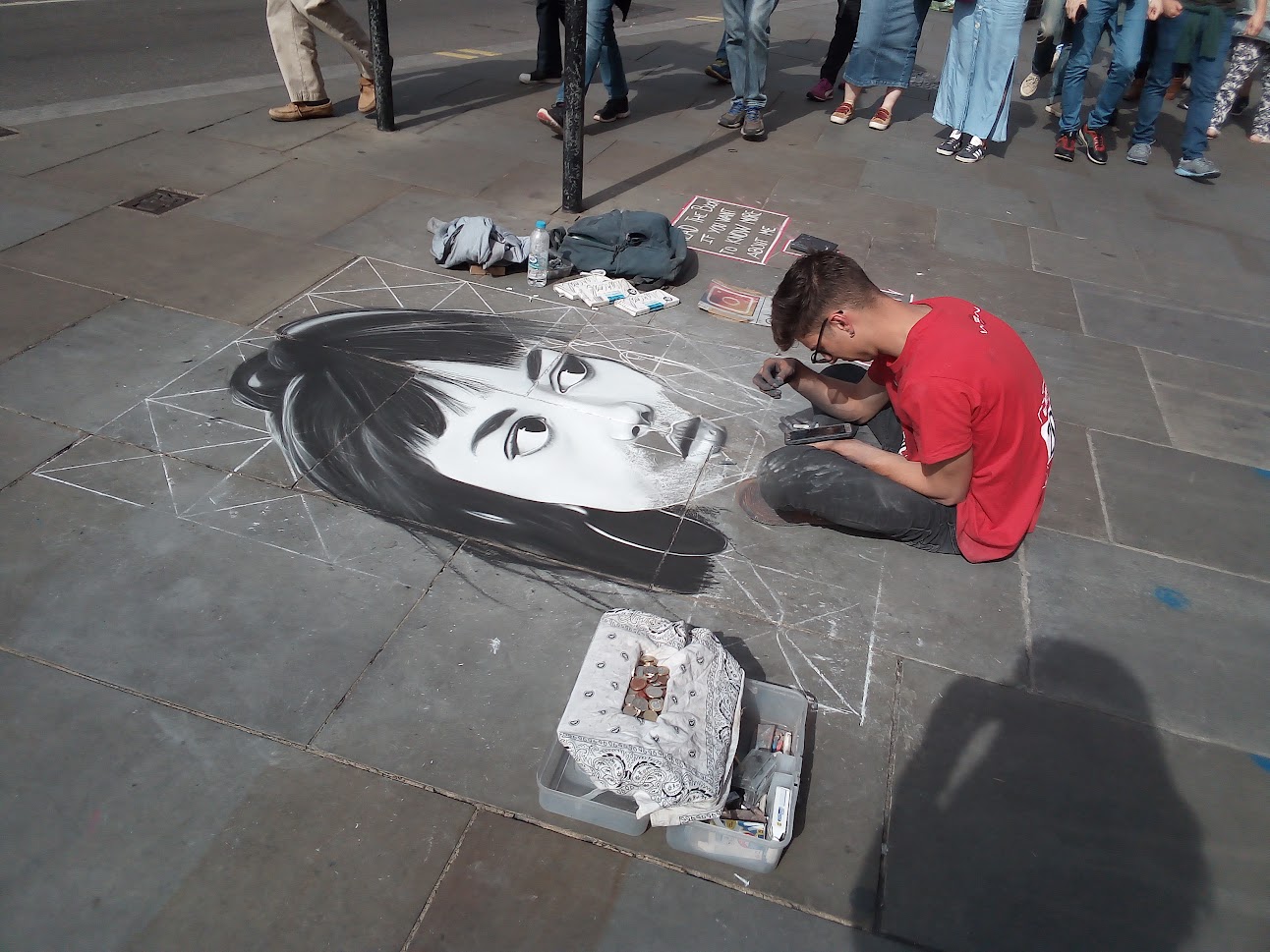 Anyway, I ended up seeing Betrayal, and I must say, I really enjoyed it. It was a three person play about cheating (in a relationship) that was told backwards. All of the actors were phenomenal. (Tom Hiddleston, Zawe Ashton, and Charlie Cox were featured in it). During the play, there were a lot of silent moments, so you could hear a lot of the audience, their coughing, moving, phones ringing, watches going off (I’m a victim of that), etc. I’m pretty sure it annoyed a lot of people. (I also notice that people really do enjoy their drinks during thetre). When the play ended, people rushed out to line up and meet the actors. I waited a while just to see if I’d see him, but then I decided to pack up and go home. It was a filling day anyway. 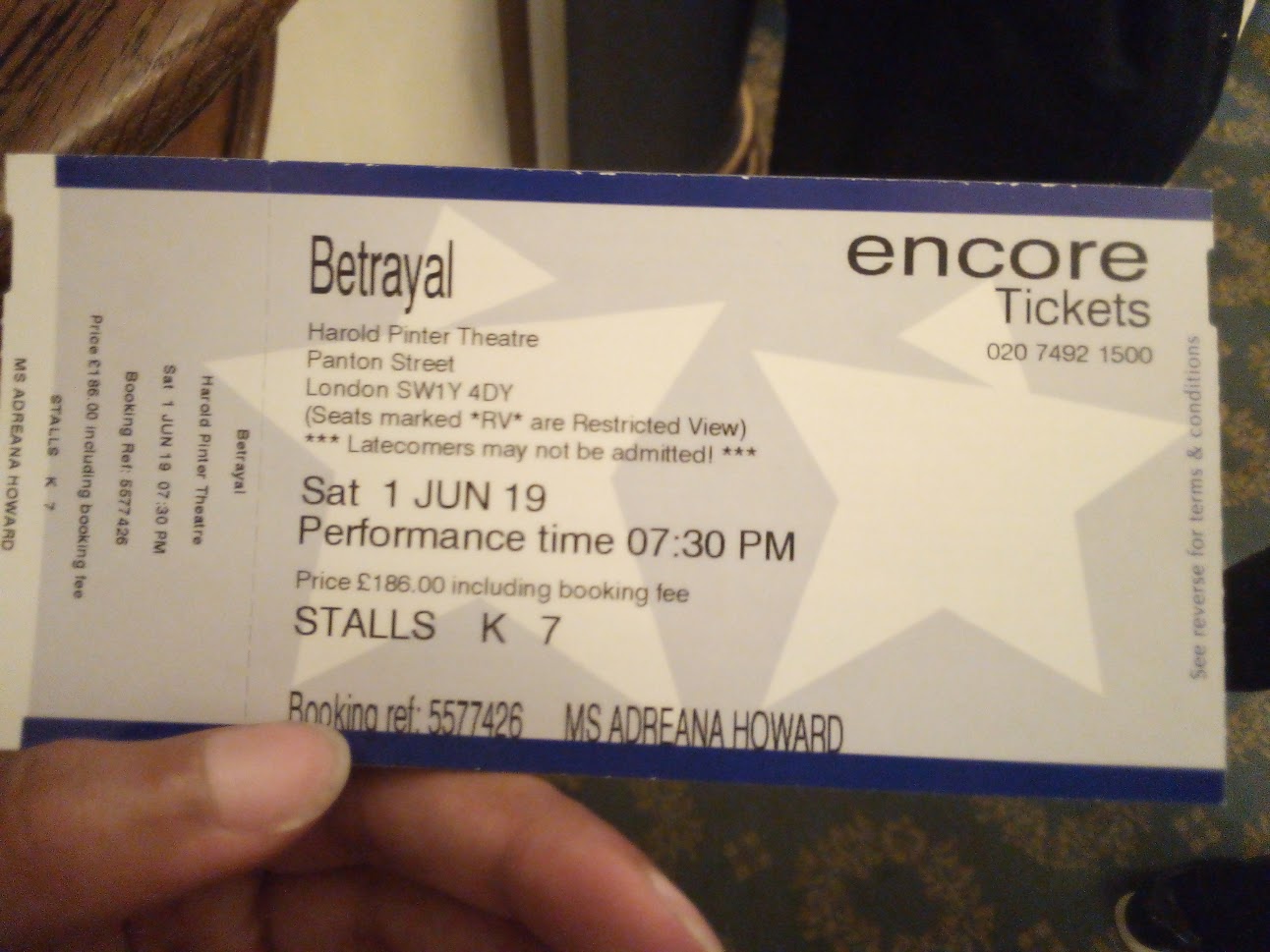 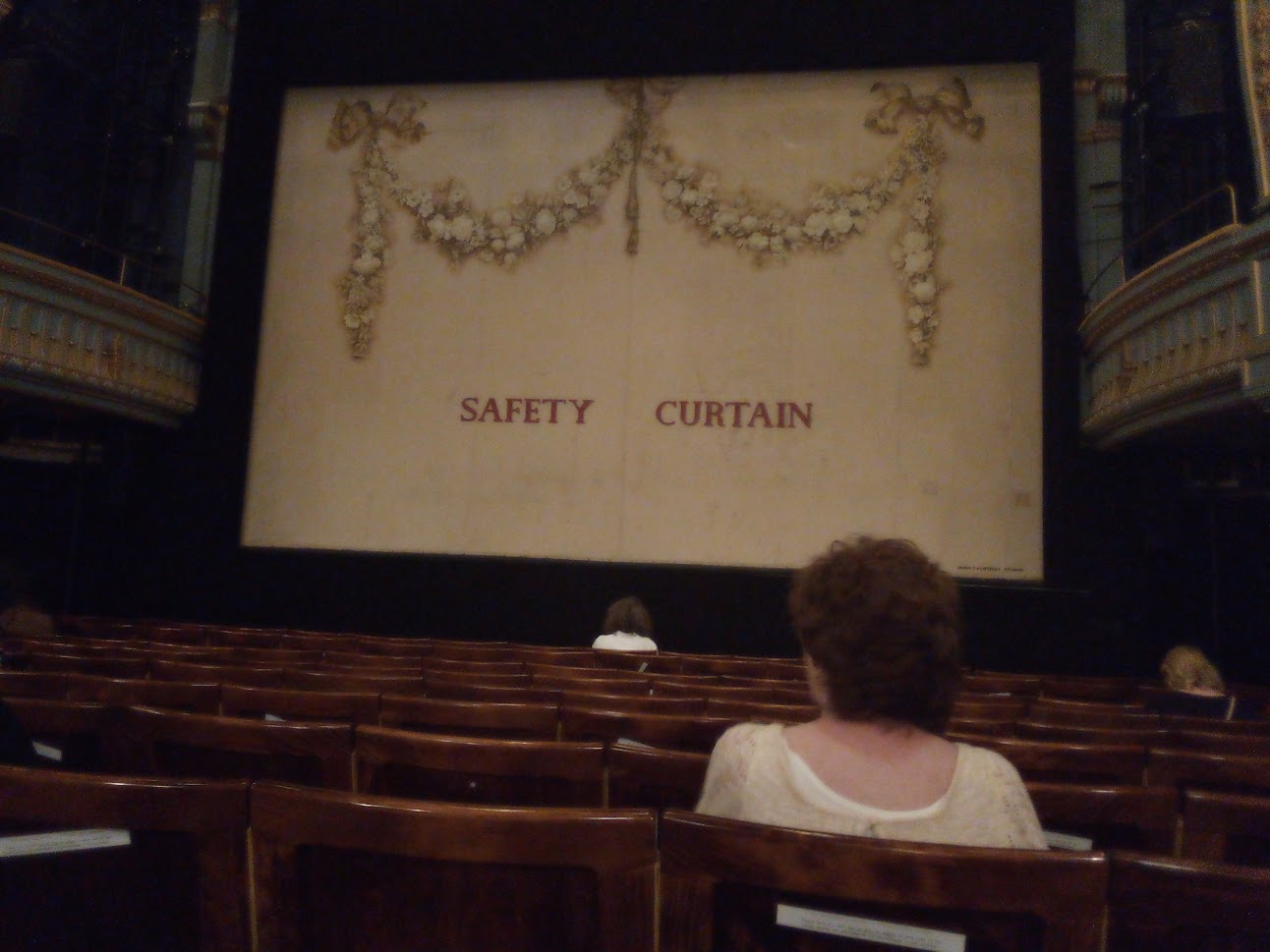 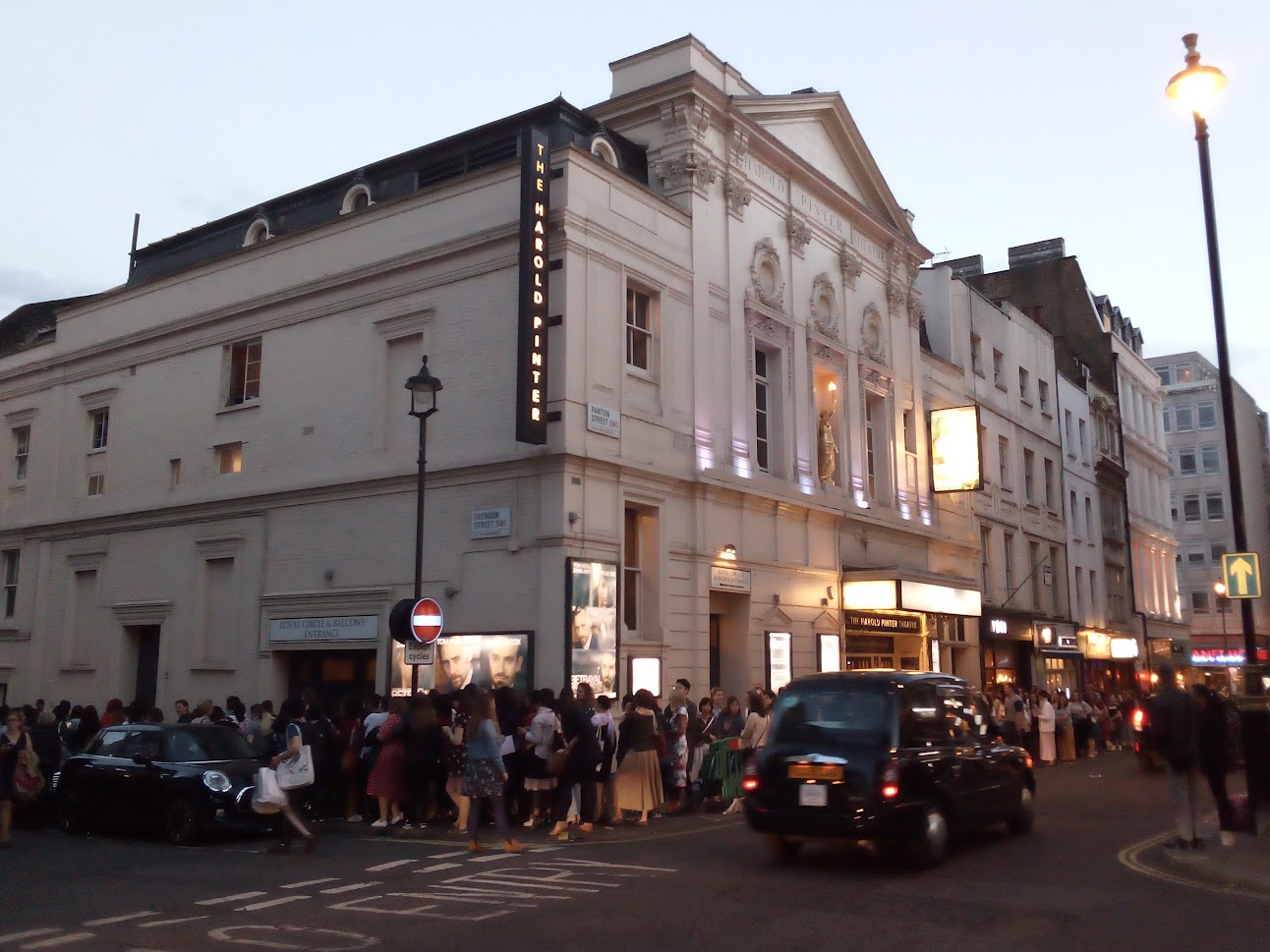