It’s always been a goal of mine to learn how to read people. I was very attentive for the lesson today in my interviewing class because we learned about verbal and nonverbal communication. We didn’t’ go too in depth, but I thought it was a great start to learn about observation. What expressions do they make? Do they shift in their seat? Do they stutter or avoid the question? Etc. We also learned about the three processes of listening in an interview. (I forgot what they were though). After, we did an in class assignment where we had to decide on a person we wished to interview, then send them an email requesting said interview. I decided to send the email to my friend, who is currently living in England. I decided I wanted to interview her about the contrast with the United States and what living there as a foreigner was like just in case I decide to live here one day.

In my internship class, I had an assignment where I had to come up with some goals for hard skills and soft skills. I even had to talk a little about any culture shock I experienced. This is what I wrote:

I will enhance my proofreading, editing, and critique skills.

I will develop brainstorming techniques.

I will learn how to engage my co-workers in conversation.

I am learning to have patience and confidence in myself and my work.

When I think of cultural examples from my work, I’m constantly asked if I want tea. I also heard that bosses here tend to be more laid back, and mine definitely is. He took me out to lunch and does dry humor whenever he can. I’m not sure if I experienced true culture shock because I think of a shock as a joint. Still, one of the shocks I had was the language. Sometimes, we say different things, like the bin instead of trash can. I’ve found myself in interesting conversations in stores when I try to ask to find something they say differently.

Based on this, he asked some students to share what they wrote about their culture shock or the difference between the U.S. and London. One kid joked that the bosses there in London actually cared about the welfare of the people.

The professor also showed up a TED Talk called “A Single Story,” which I’ve seen before. Basically, a Nigerian woman spoke about how we tend to see only one side of a “story.” She gave an example of how her American roommate assumed English wasn’t her first language and that she didn’t know how to use a stove. The roommate most likely assumed those things because of media depicting African countries as impoverished.

Once classes were over, my roommate and I decided to go to McDonald’s to eat. Yes, we have McDonald’s in the States, but the ones here had more options on the menu. A banana shake for example, which was really good. They even had a ton of burgers with contribution to American states. (The Missouri Burger for example, I think). To order, we had to go up to a touch screen and pick what we wanted. As I did that, some kid kept coming up between me and the screen, touch wildly as I simply went about my business. His mom had to grab him a few times, but he continued to find his way back until I eventually finished my transaction. 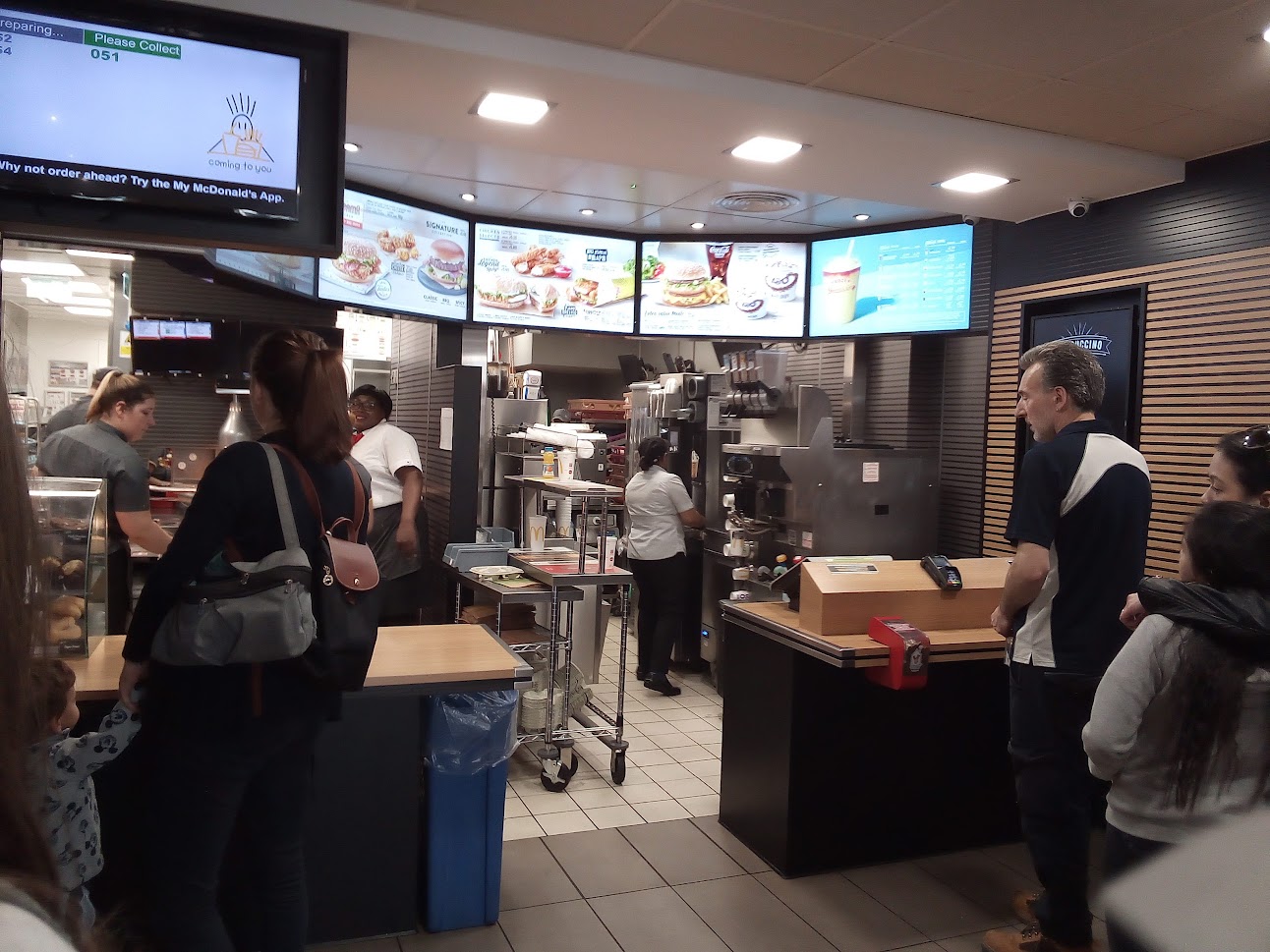 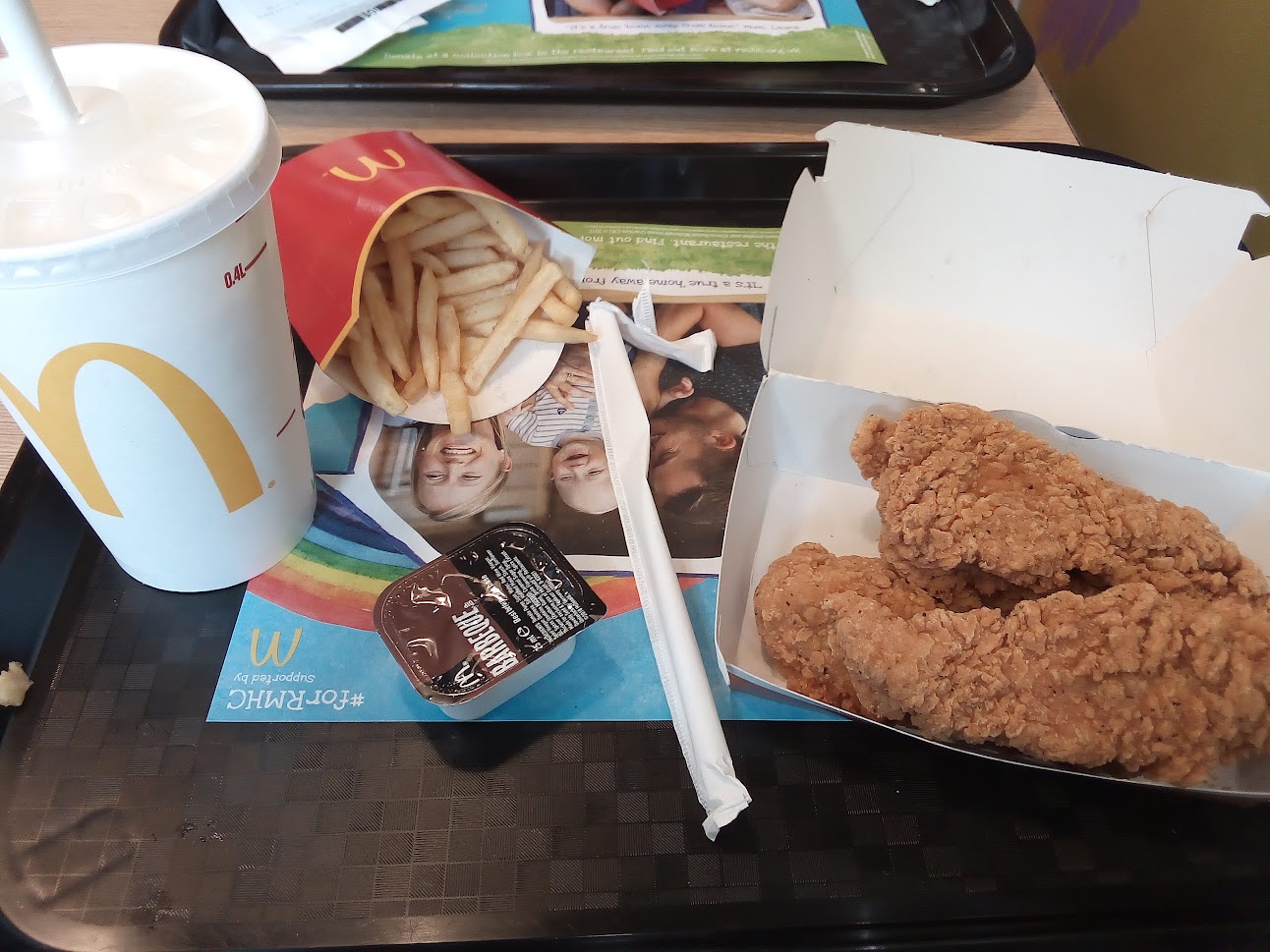 Observation: Cross walks are in the middle of the street. (I think I explained this before, but it still fascinates me). I learned that terms in England have no limit, so a person appointed in a position has to resign in order to end it. Also, people are more open about politics here. 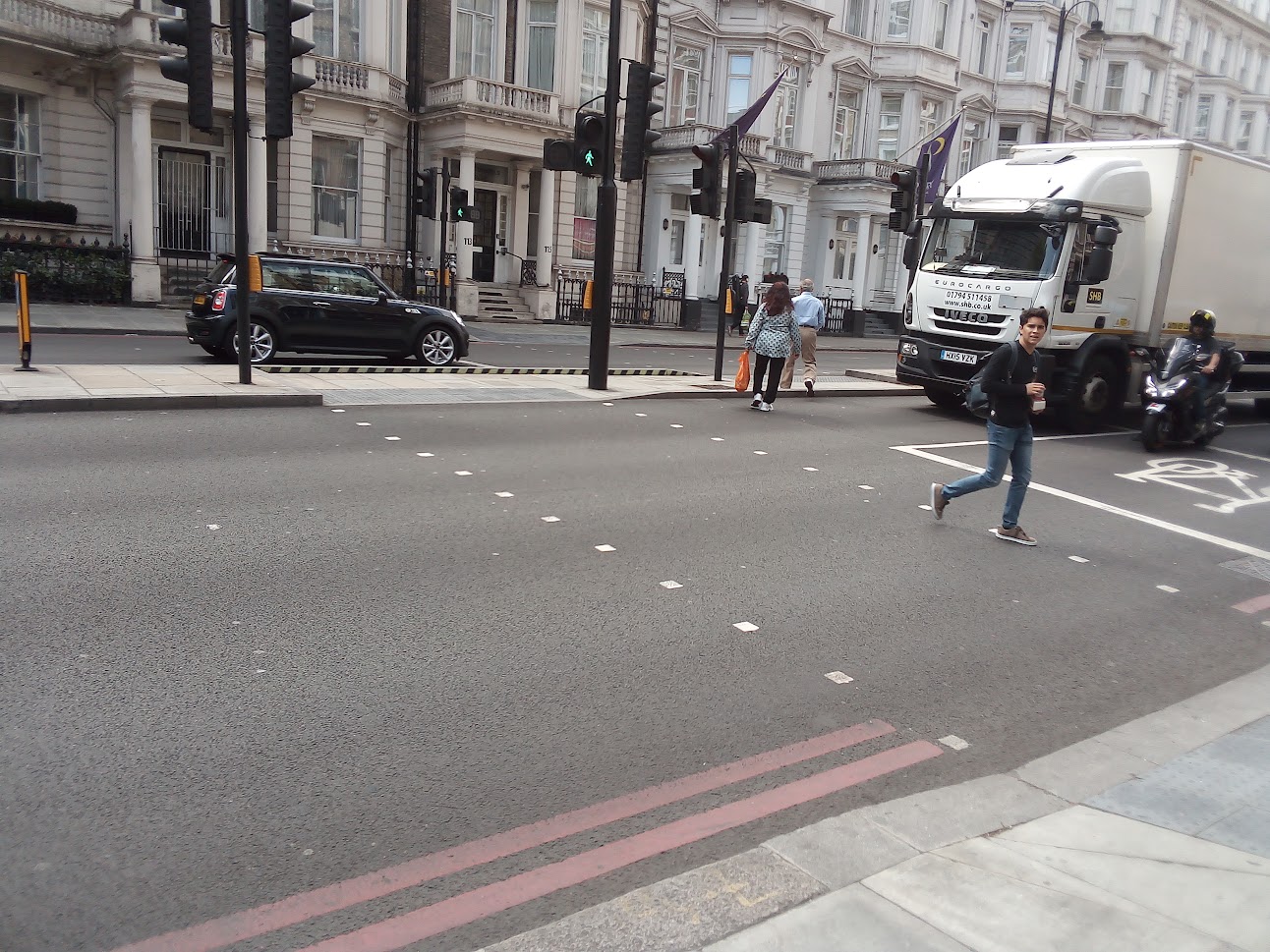