I really love class field trips, or at least class taking place outside of the classroom (not necessarily outside). For my interviewing class, we had an assignment where we had to go to the Victoria and Albert Museum, come up with an interview question that will have an interesting response, then interview a classmate with said question before taking a picture of them in front of the piece we interviewed them about.

The V&A Museum is massive. As soon as I walked in, I had no clue where to start. I only had two to three hours to explore, which was not enough time to explore over 3 floors of material. I did, however, get to explore South East (I believe) Asian section, a humongous room filled with only paintings by Raphael, some ironwork, and (my favorite), figured sculptures. 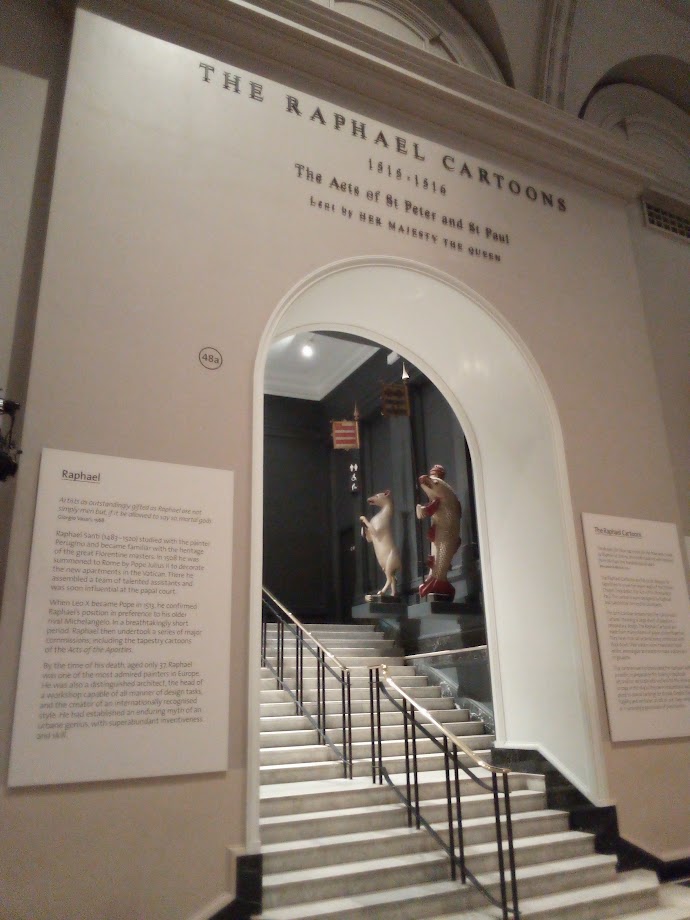 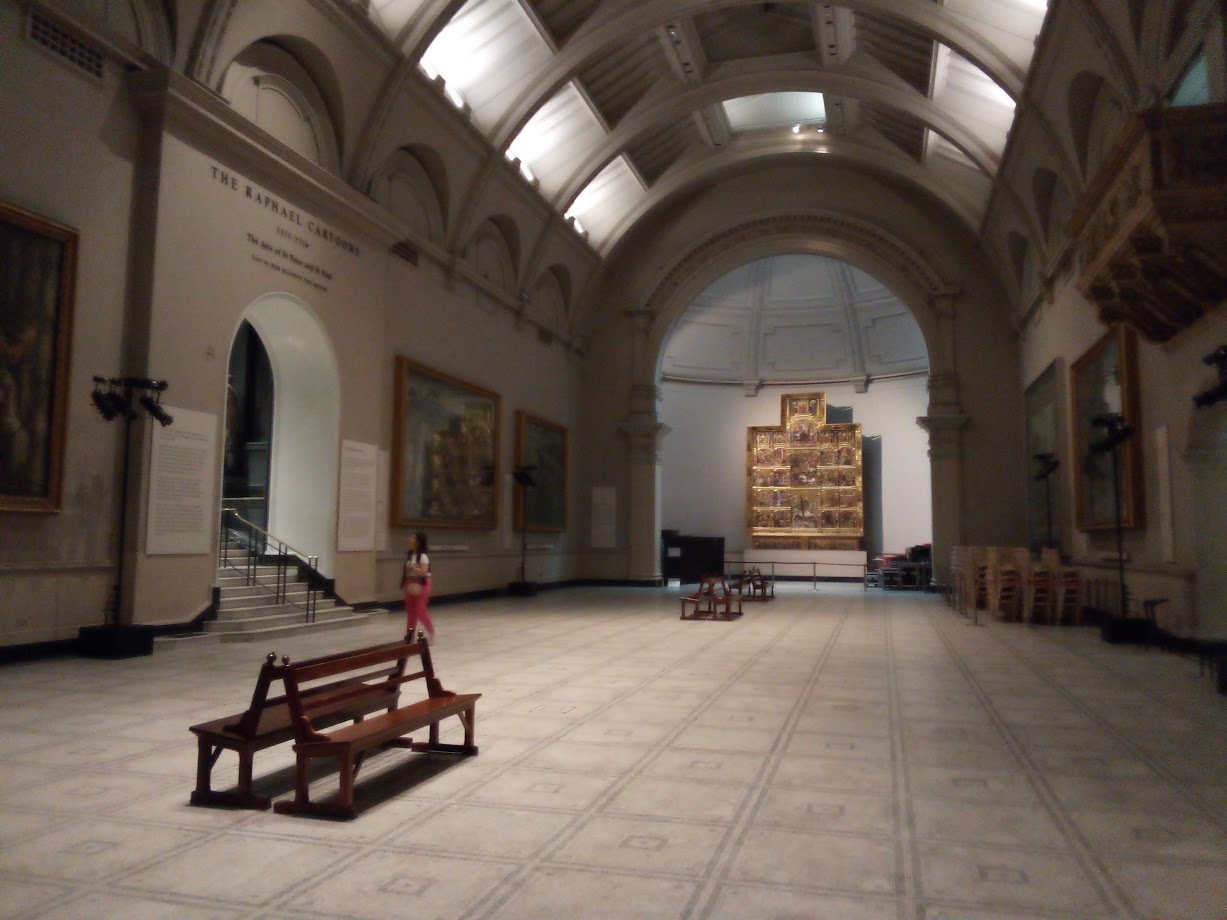 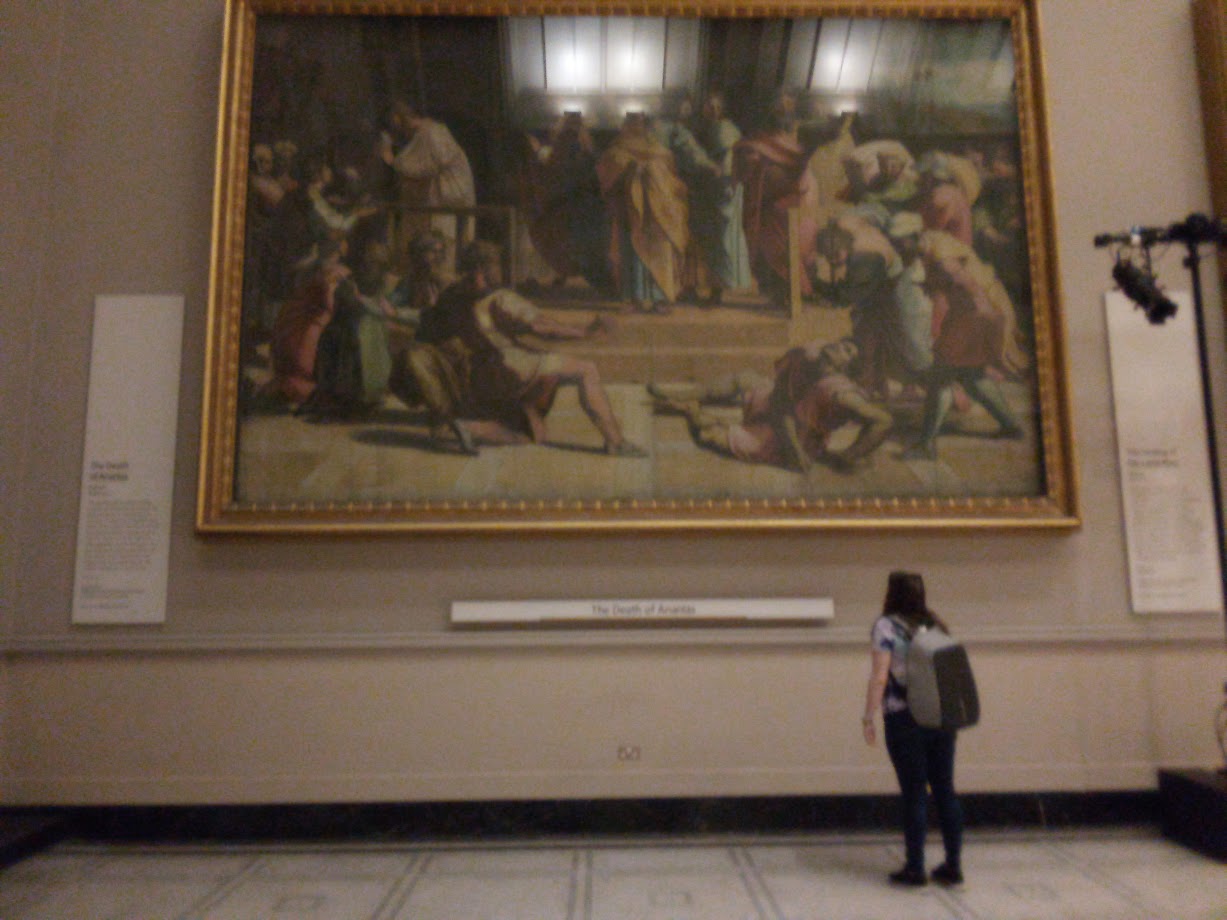 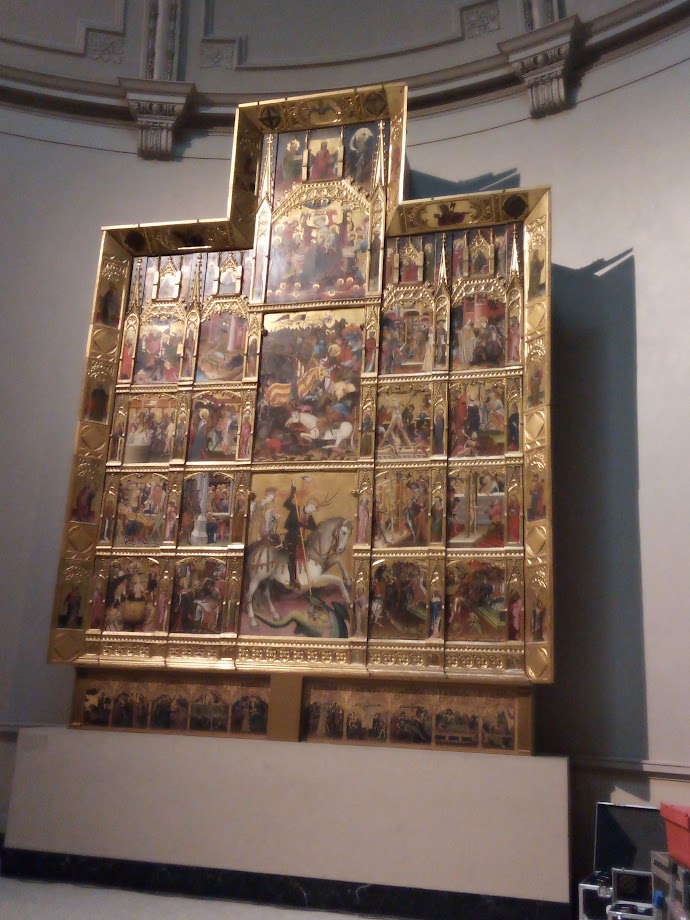 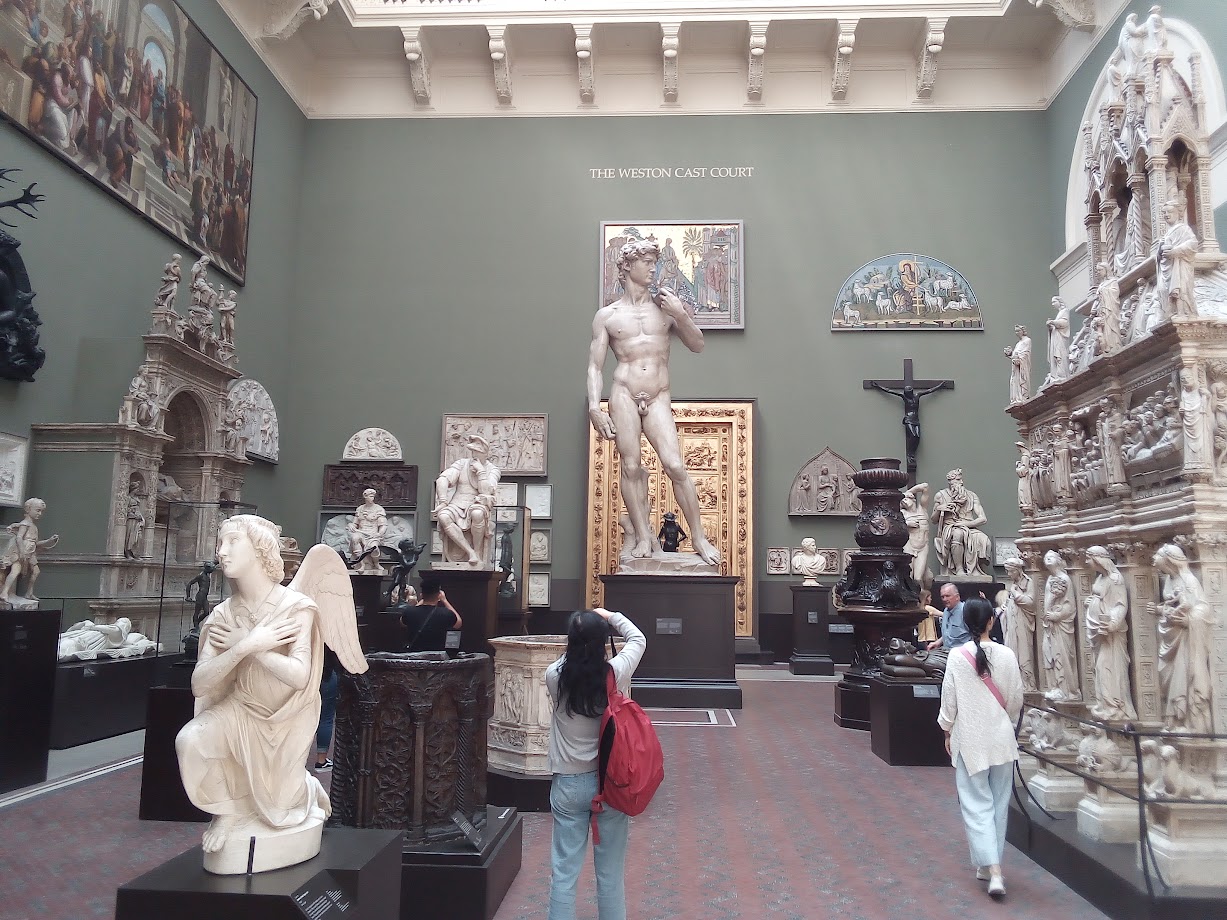 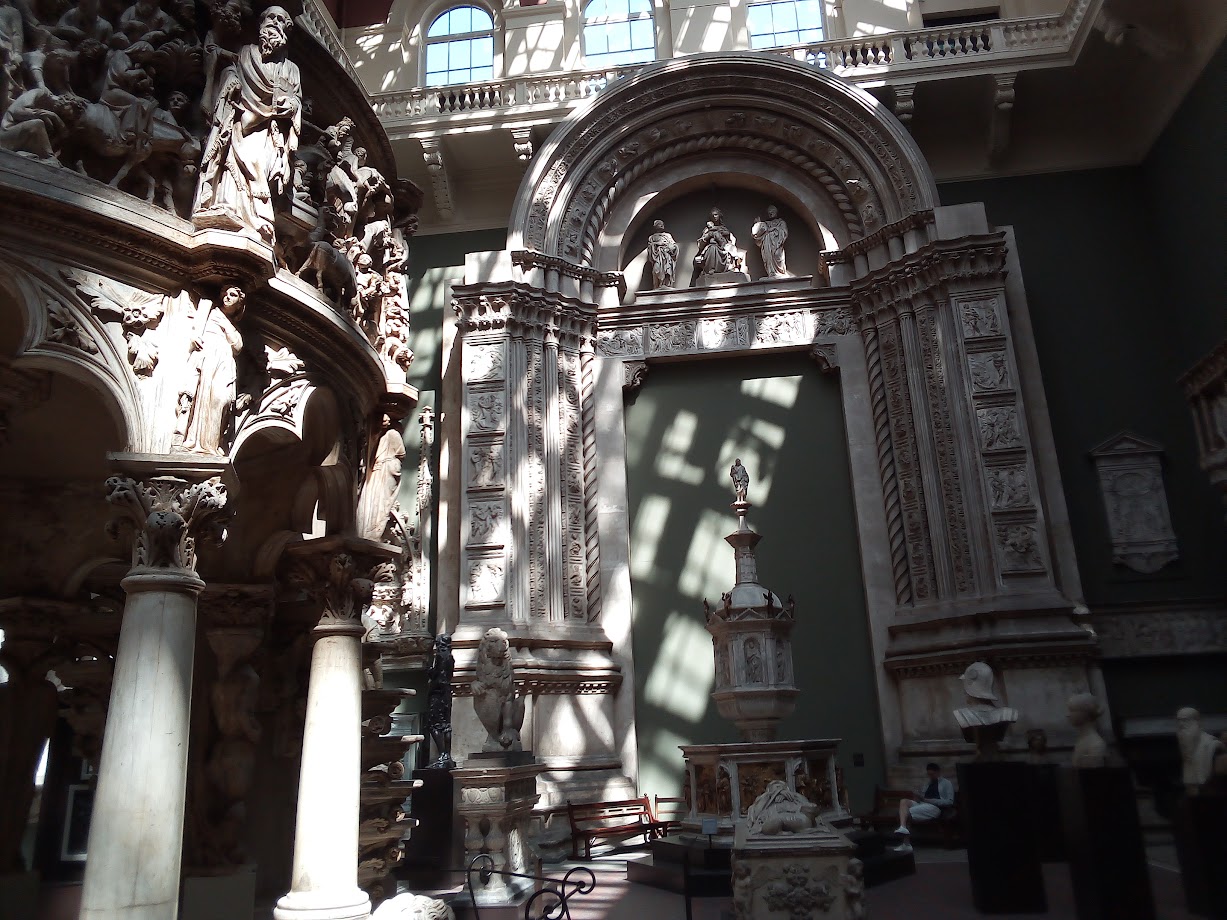 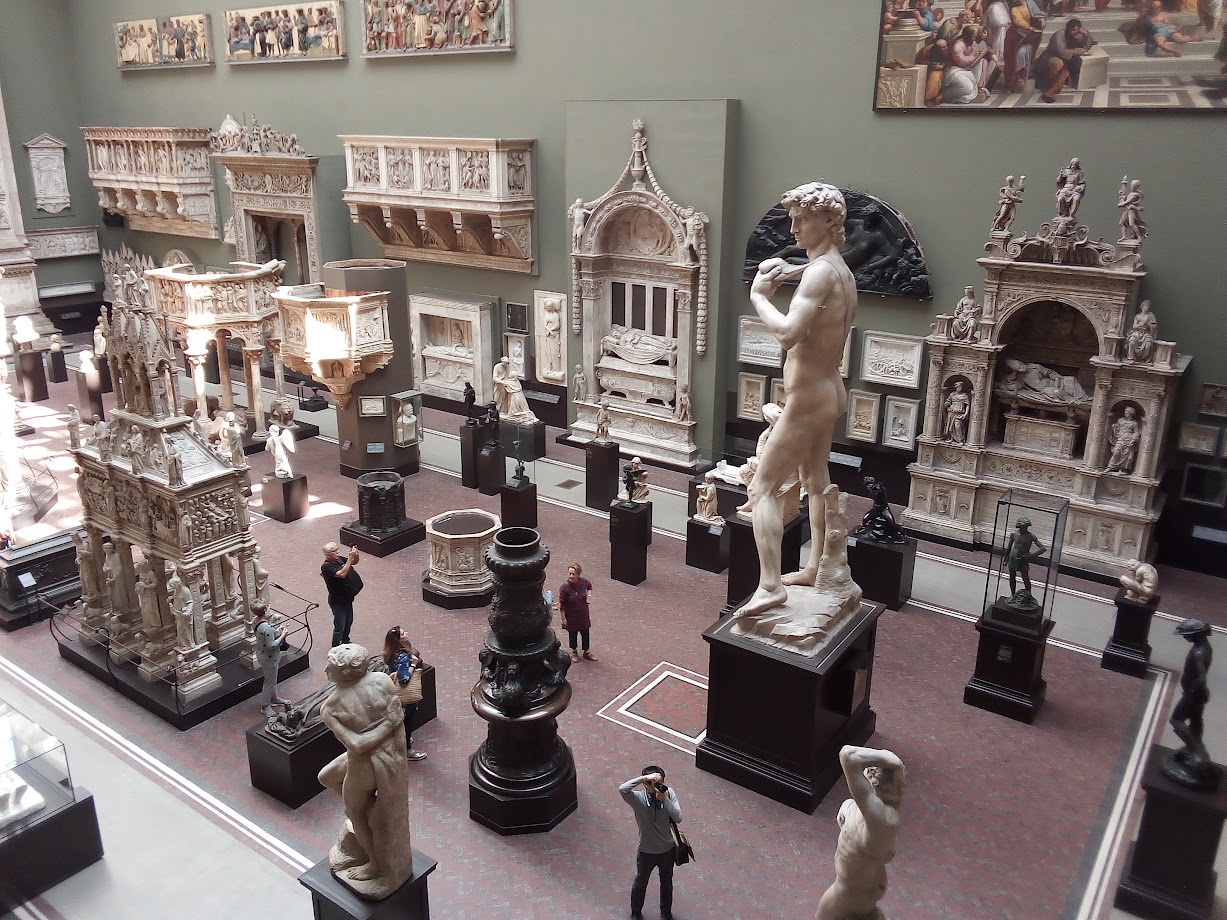 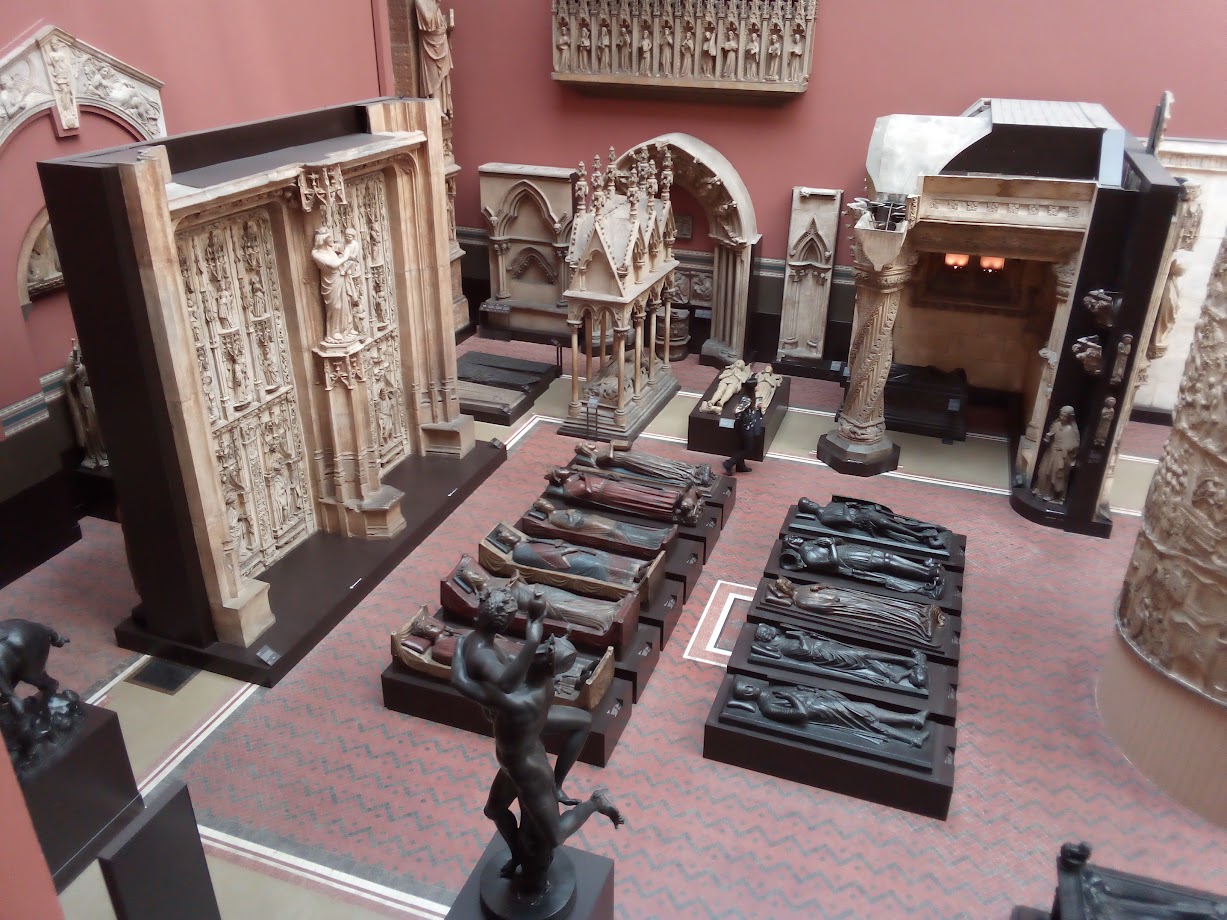 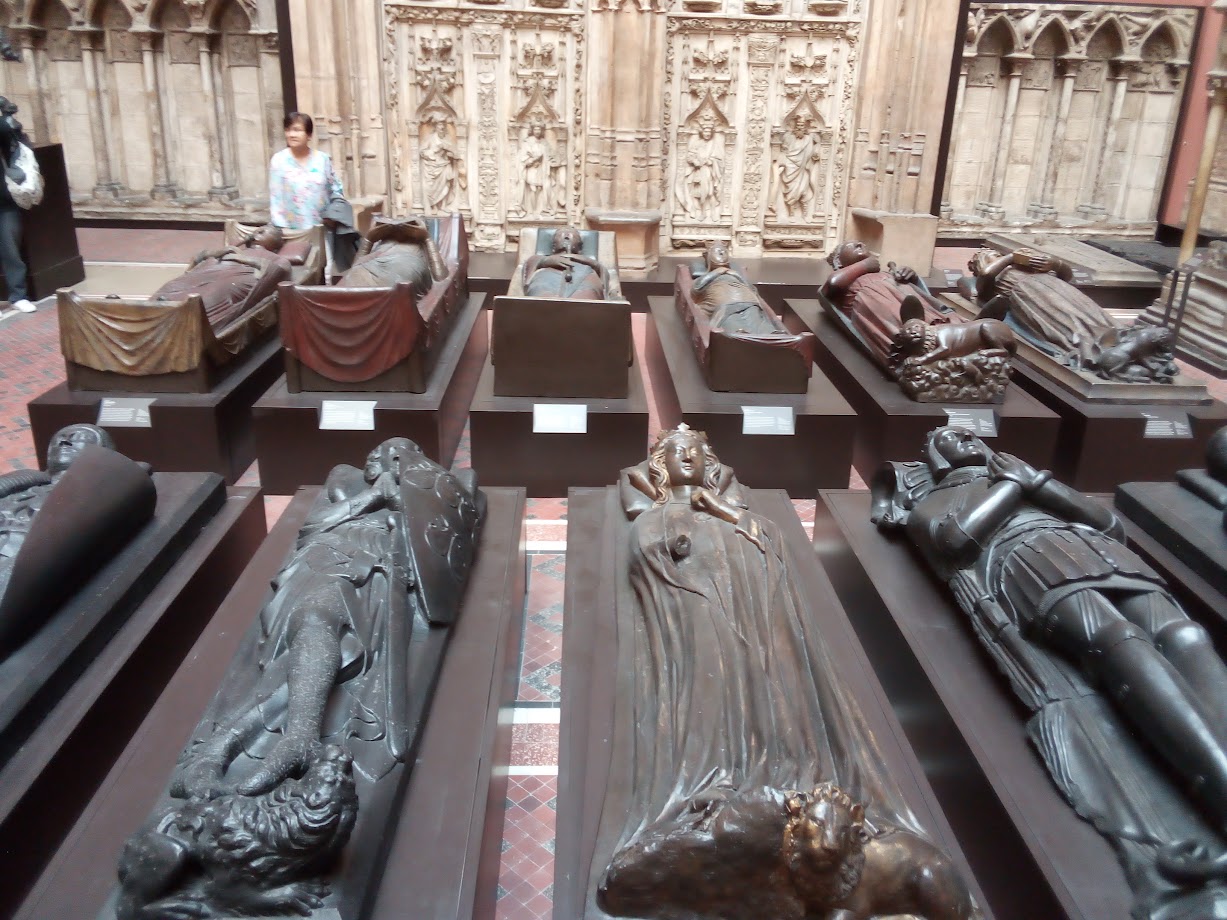 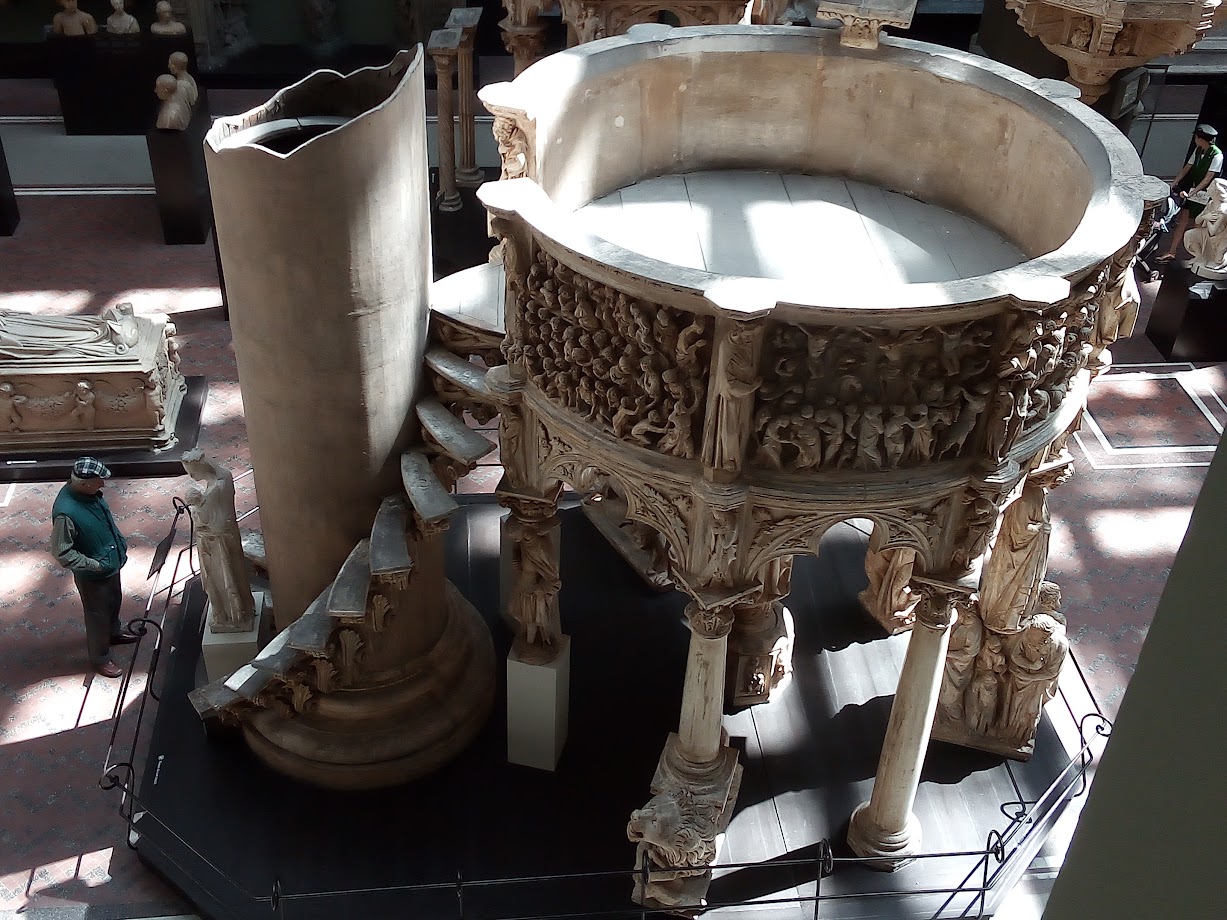 On the other hand, I took her to see a piece called “Victory to the Spirit.” My question to her was, “What are some of the craziest thoughts that come to mind when looking at this piece?” She responded, “My first thoughts were, ‘Wow, that’s weird.’ I felt anxious and didn’t want to look at it anymore. It looks like a sea God was pictured there, and I thought it might represent a tsunami or a huge wave that is going to destroy everything on its way.” I felt kind of bad that I didn’t get to show her something she enjoyed, but at least I got an honest answer. 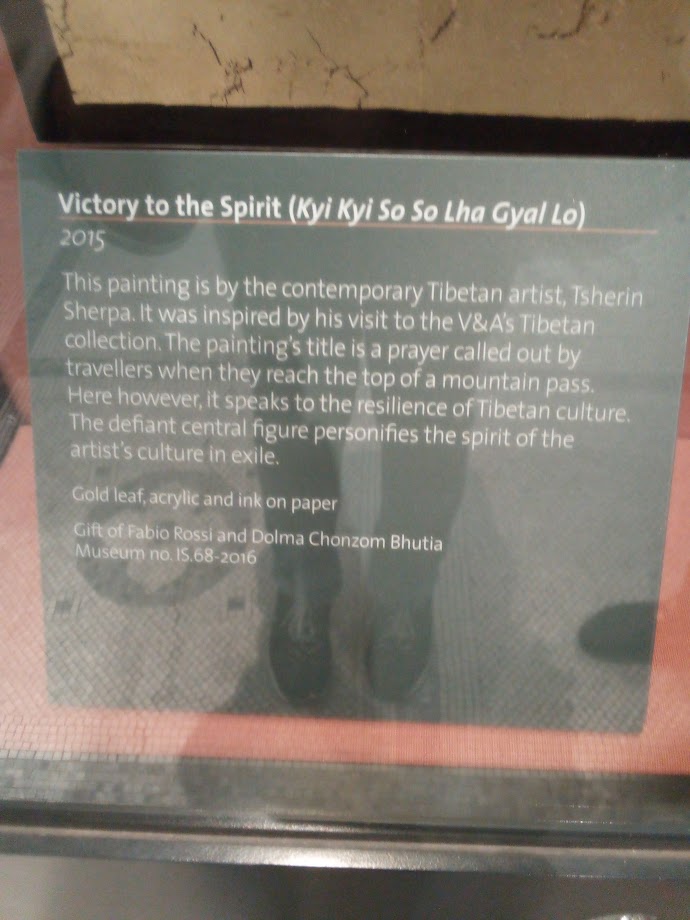 After exploring a bit more, including a garden and a gift shop, I went back to the entrance with my roommate. She also had an assignment to complete in that museum, so as I waited for her to do so, I admired all of the people gathered around different sculptures with their sketchbooks, sketching away. It made me want to draw in that instant. Nonetheless, watching them was enough, and even relaxing. 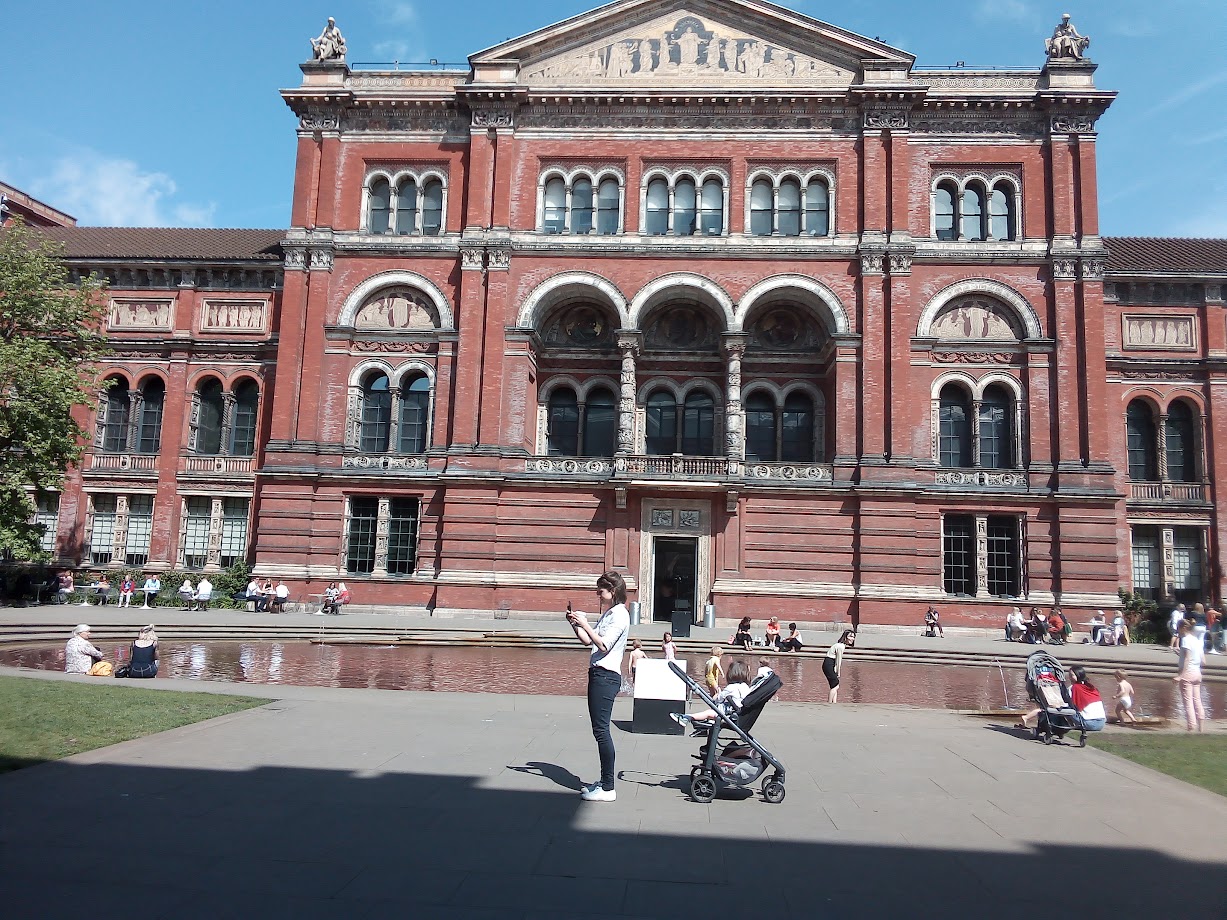 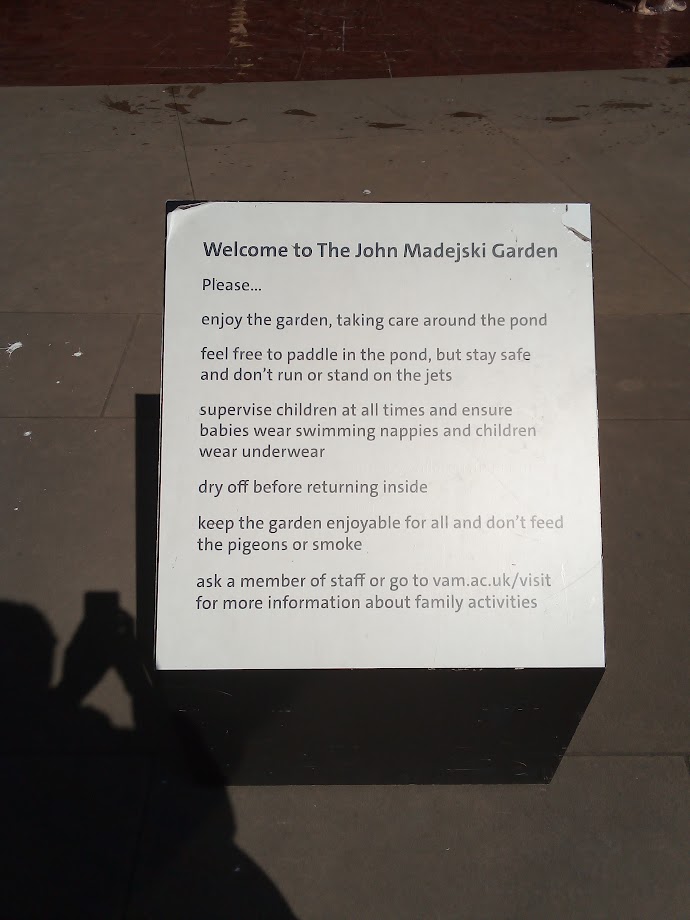 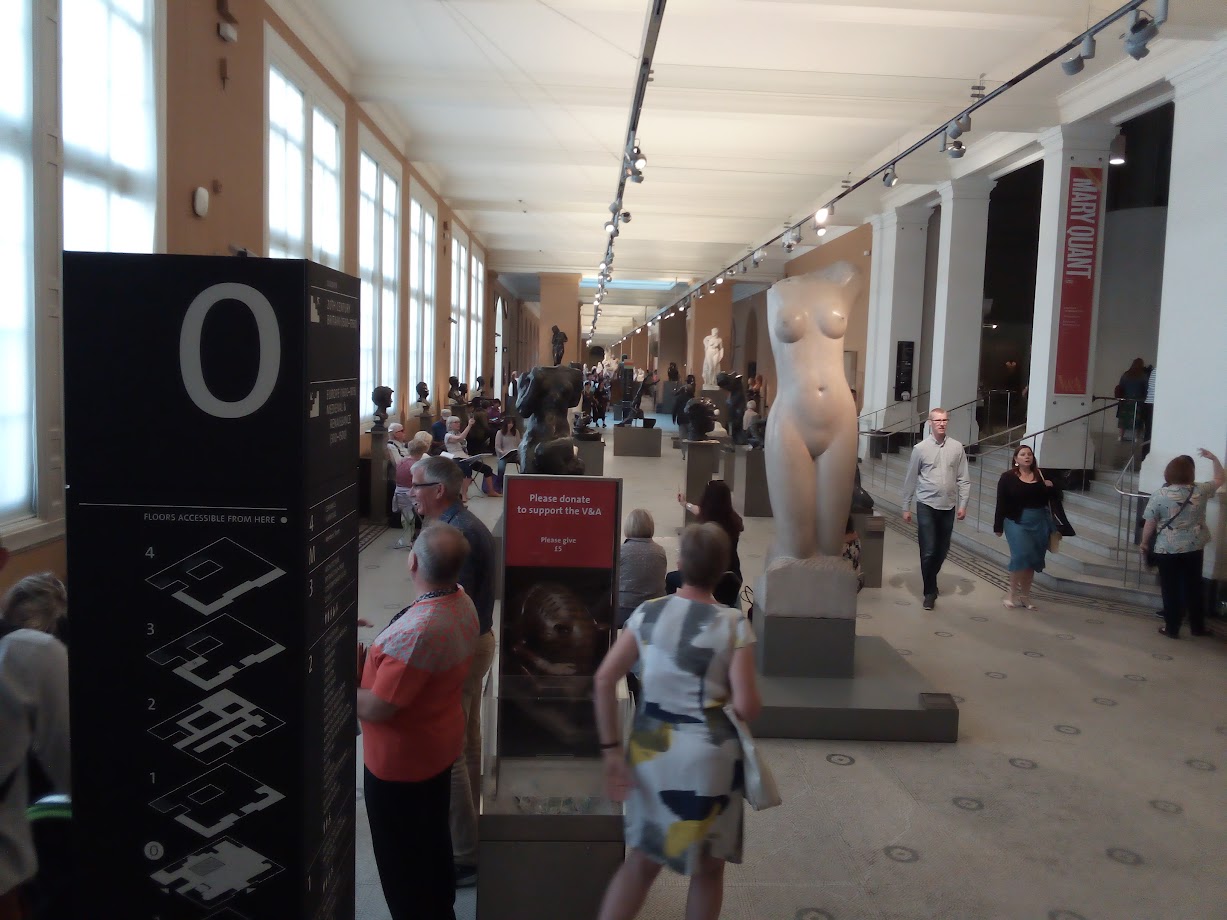 Finally, it was time to go. My roommate and I had to take different tube lines because our normal one was out of commission. While on the District line, a group of men with a clarinet and trumpet began to play. It was really interesting to see, and a little surprising. I thought I’d only see train performances in New York. Still, it was a nice surprise.