I’ve never heard of a walking tour having to be mandatory, there we were, all forty students, standing outside our apartment complex, looking like a bunch of lost tourists. We were supposed to be waiting for our tour guides to arrive, but they never showed up. After fifteen minutes passed, my roommate and I decided to go hunt for them.  I’m glad we did, because they were waiting for us just around the corner. There were two tour guides, a man and a woman. They introduced themselves, too role, then split us in two groups to start the walking tour around the neighborhood, Canada Water.

The tour started with the area around the apartment I already knew about: Surrey Quays Shopping Centre, Canada Water Tube Station, Canada Water Library (London’s largest library that holds over 40,000 books), etc. But then, the tour guide took us passed the shopping centre to Greenland Dock, a place where ships used to bring Whale blubber to turn into oil. She also showed us where Odeon Cinema was, which I was happy about because I am a movie buff. However, it turns out that London cinema is more expensive than movies in America because tickets can be £16. 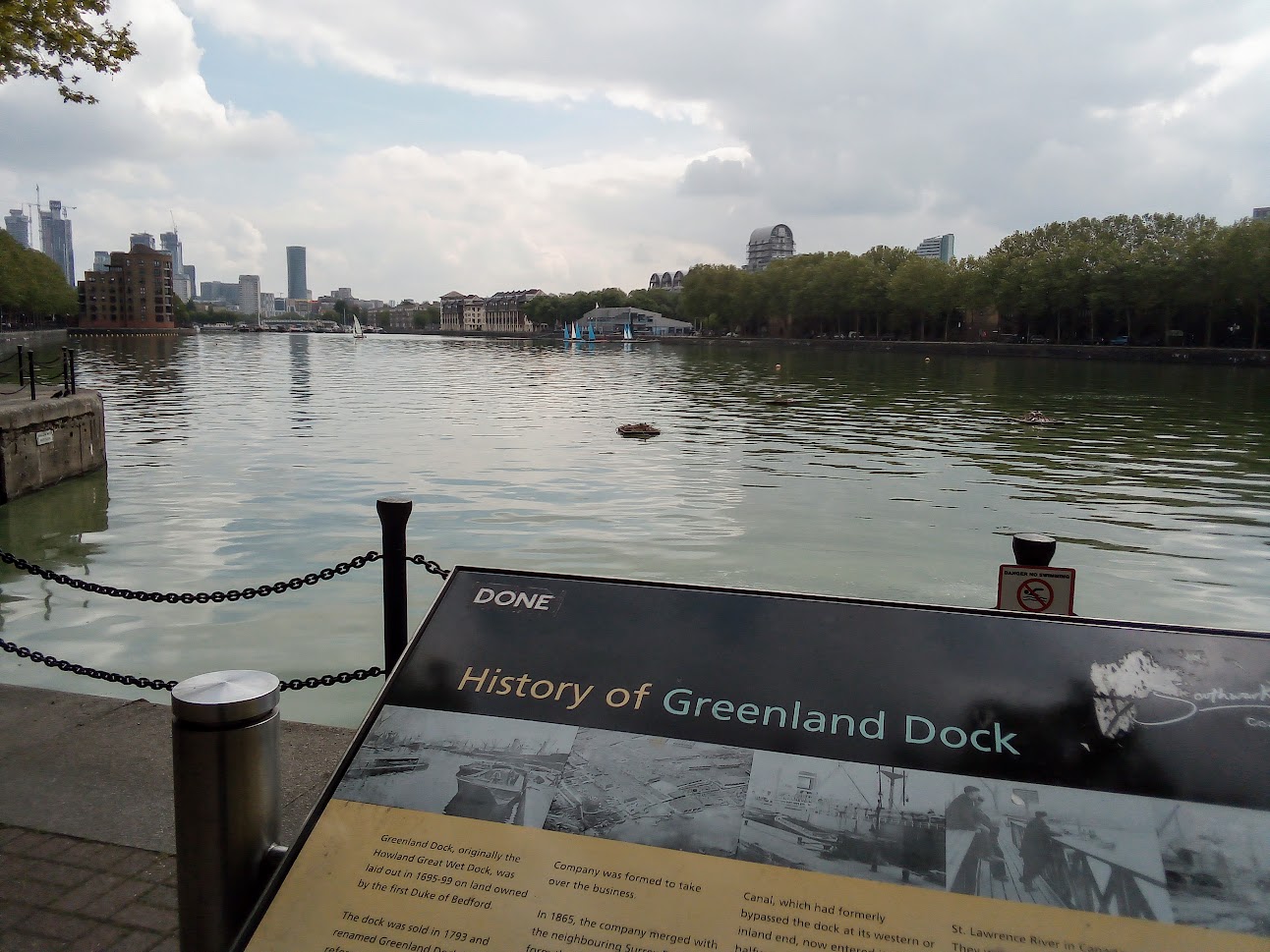 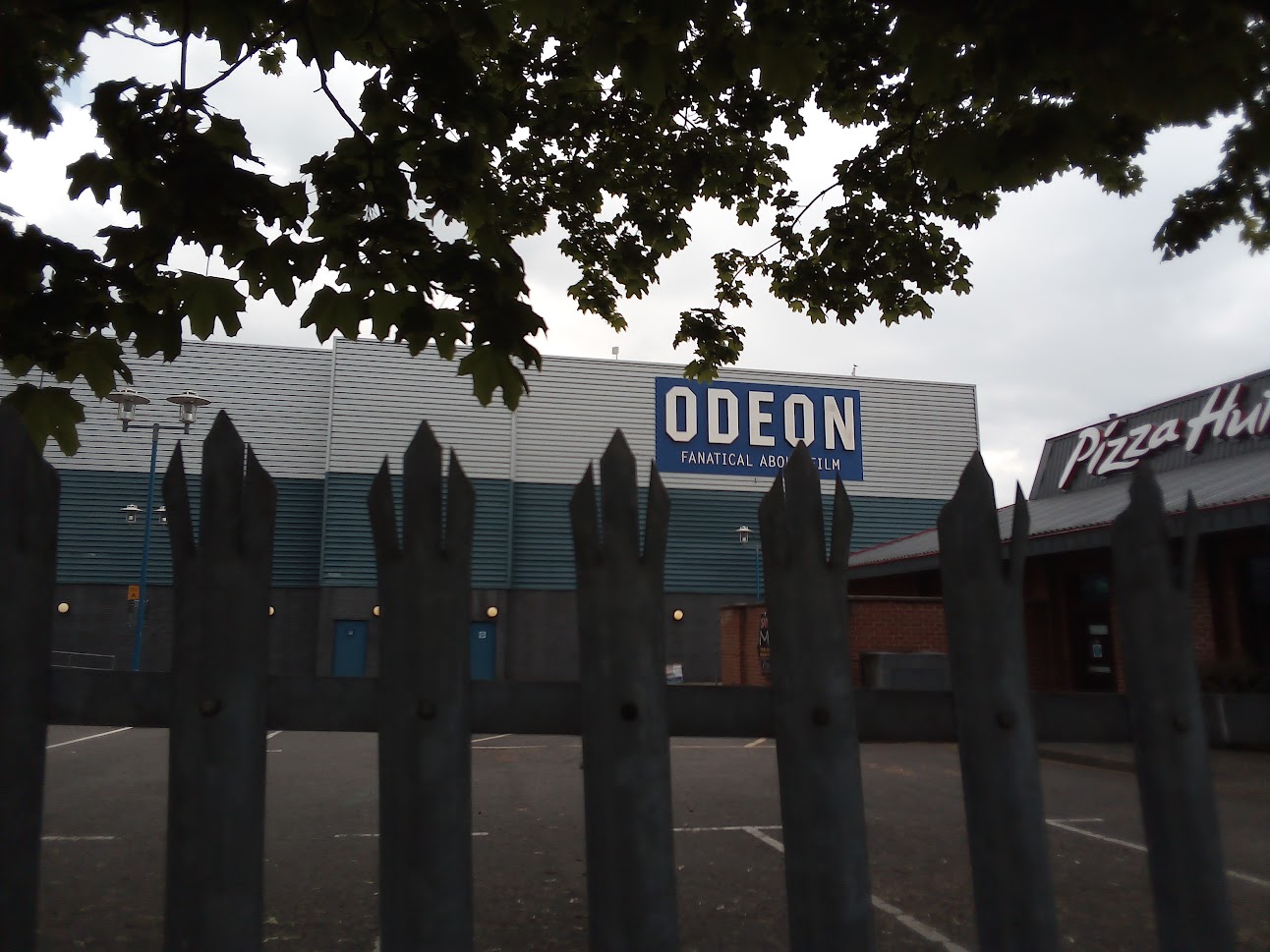 Next, we were shown Hawker House, a place near an old printing factory that sells street food. If I remember correctly, I think it also had a pub either inside or nearby. Our tour guide commented that Londoners were not alcoholics. Drinking was just a social gathering event. Since Londoners weren’t very social when it came to strangers, it was a way they could let loose and relate. 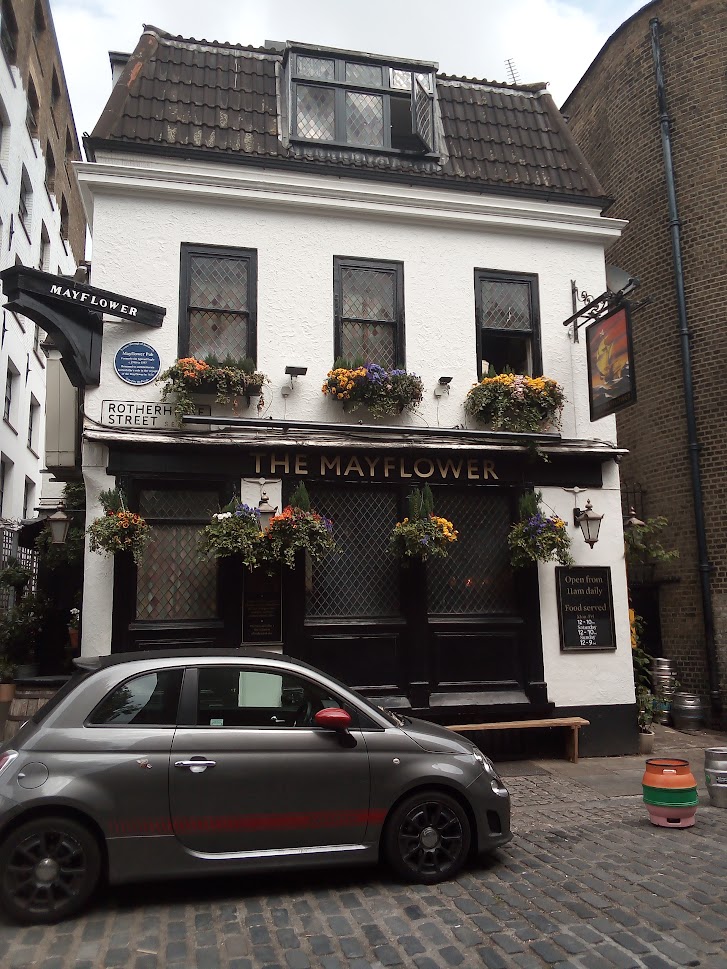 Eventually, our tour guide took us to a part of the area that she called a village. She said all a village required was a church, a pub, and a place to live, and those are exactly what we saw. We saw a pub called The Mayflower Pub, a catholic church, and of course old-style homes. (We also saw a Tunnel museum and Brunel’s Engine House, The London Bubble Community Theatre, Queen Elizabeth’s Jubilee Pillar, King Edward III Manor, and eventually the Tower Bridge from a distance). When the walking tour was finished, our groups reunited, and we started the second part of the tour; the coach (or bus) tour. 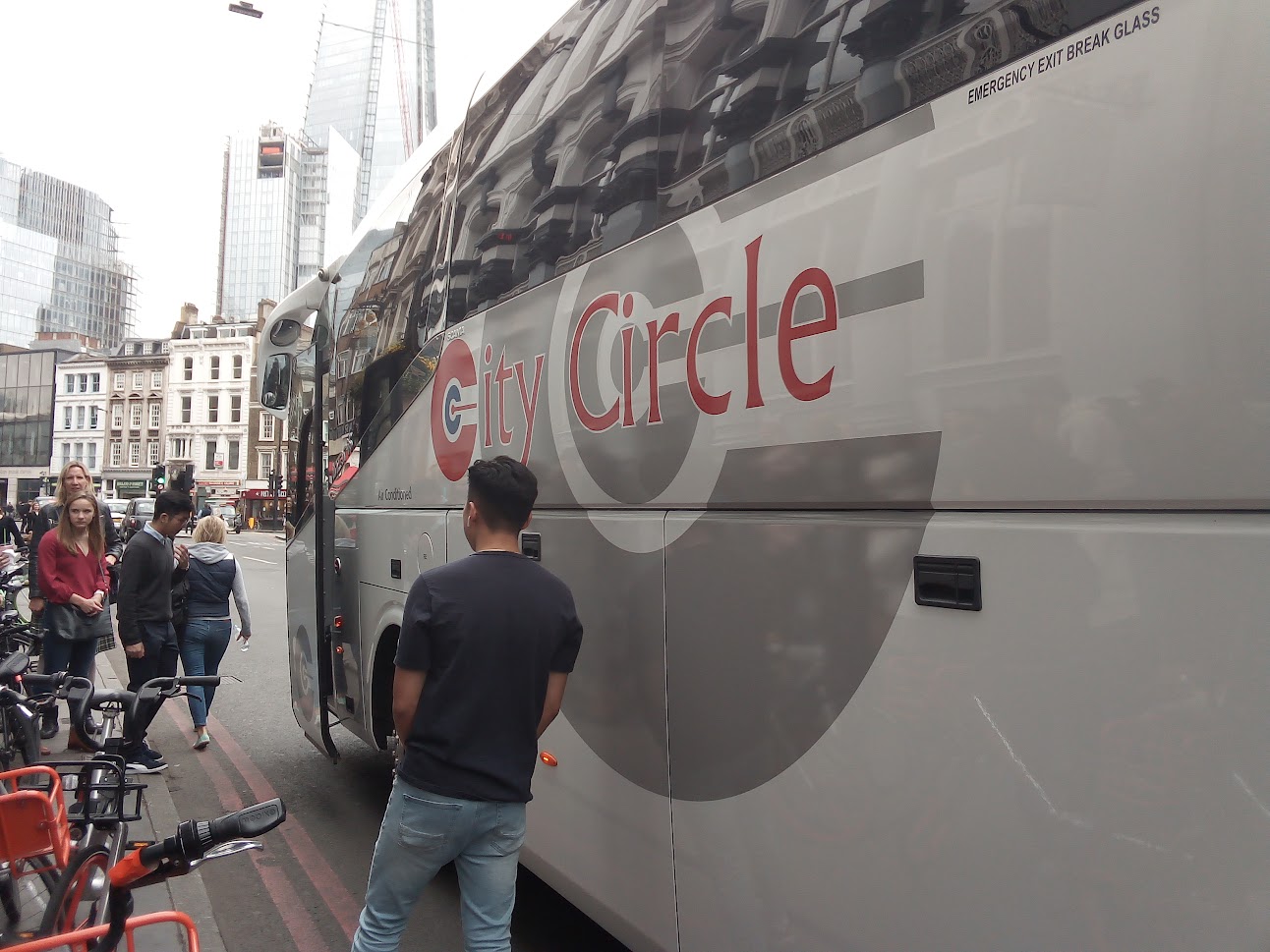 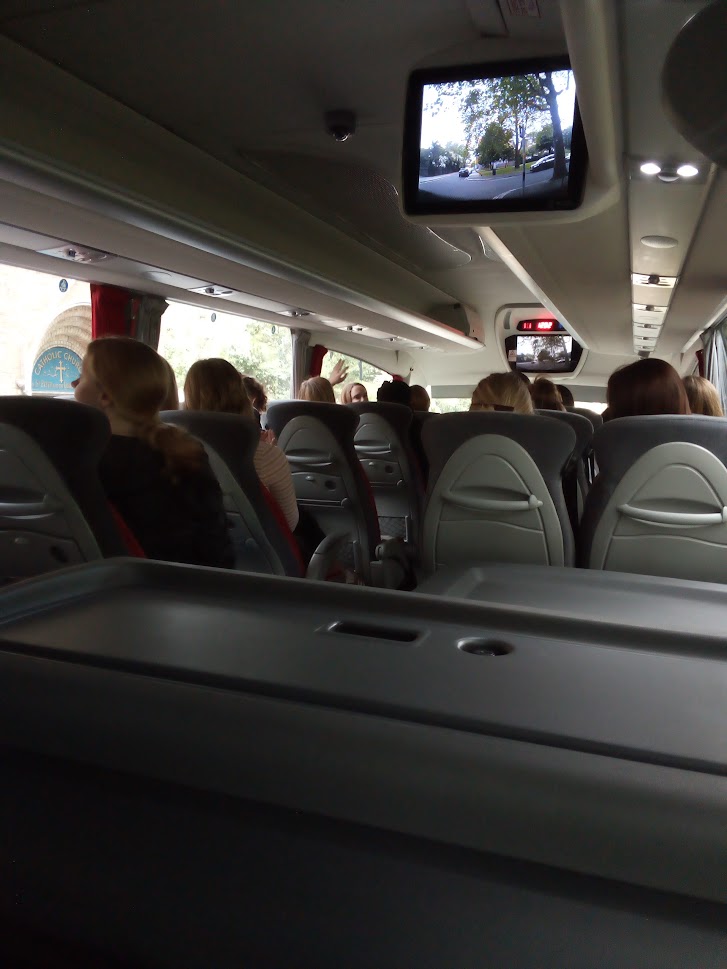 Before actually starting the tour, we drove to Borough Market, a large and popular street food market, for lunch. The place was completely packed, food stands lined back to back. (I decided to settle on a noodle shop). 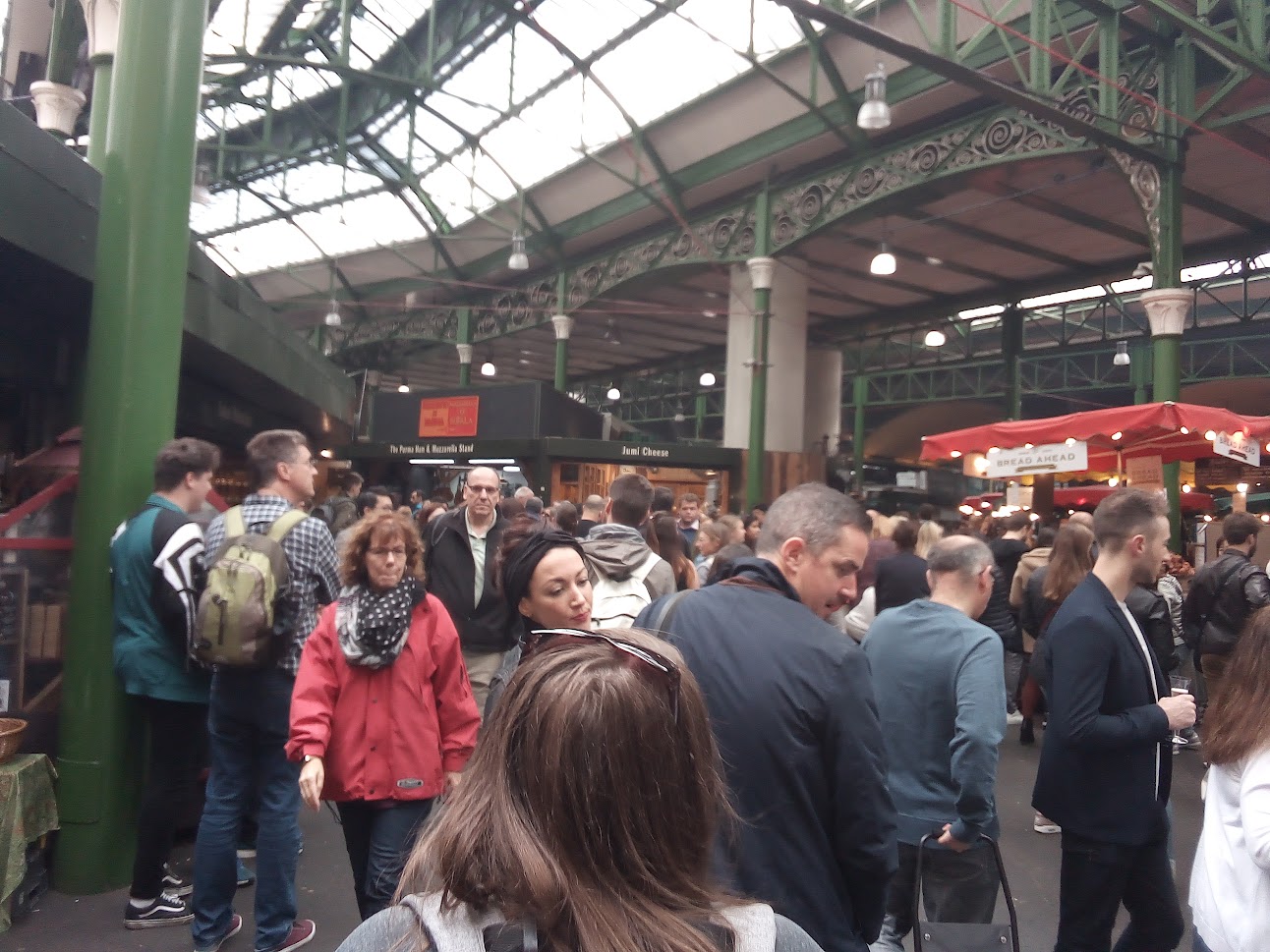 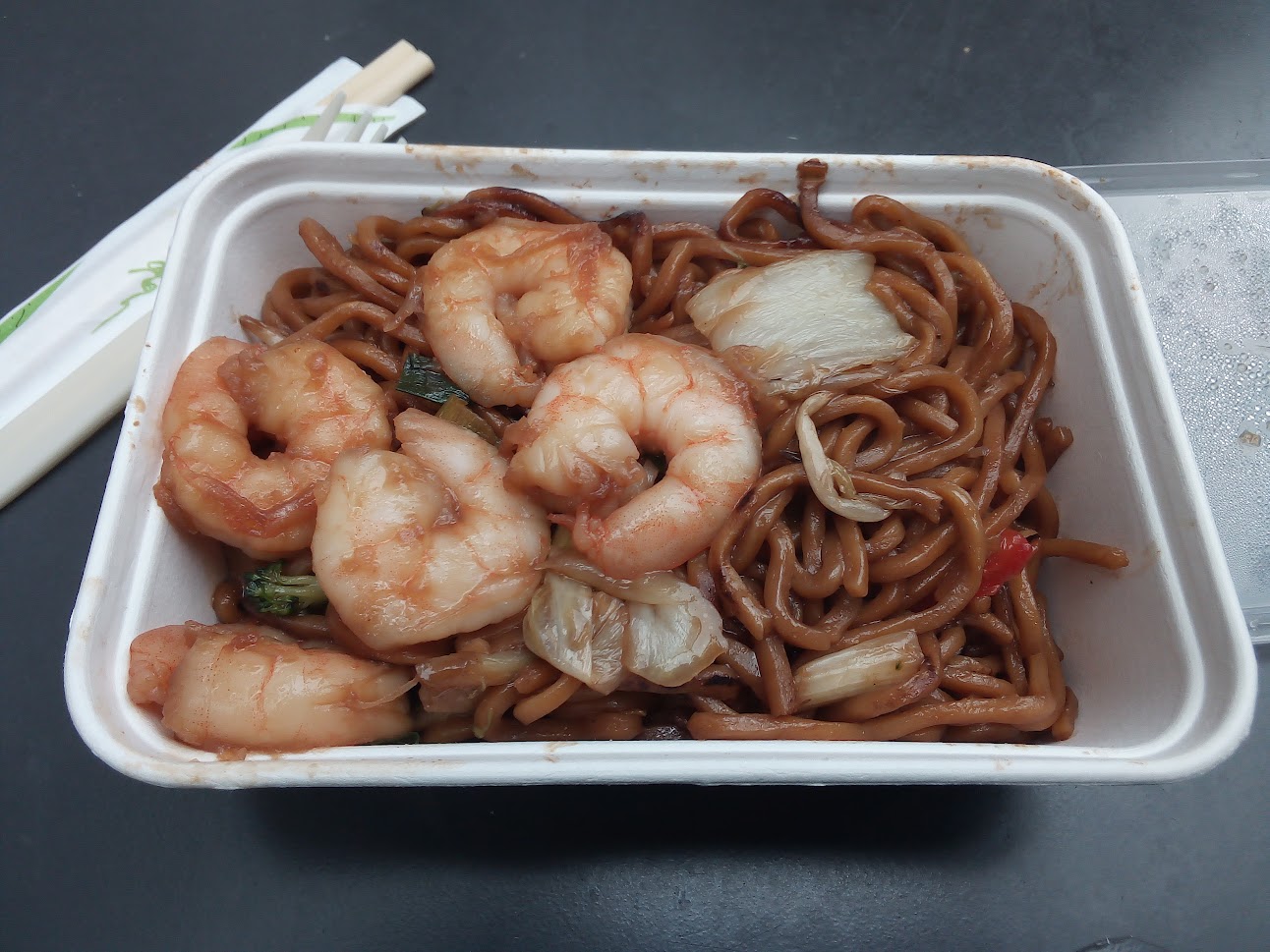 After we ate, the coach came back around to pick us up so we could commence with the tour. We went to a bunch of popular sights, the first being St. Paul’s Cathedral. The guide told us that there were over 600 steps to the top of the dome. A real workout. She said that some people even bought year long passes so they could go there and use it as a sort of gym because of this. 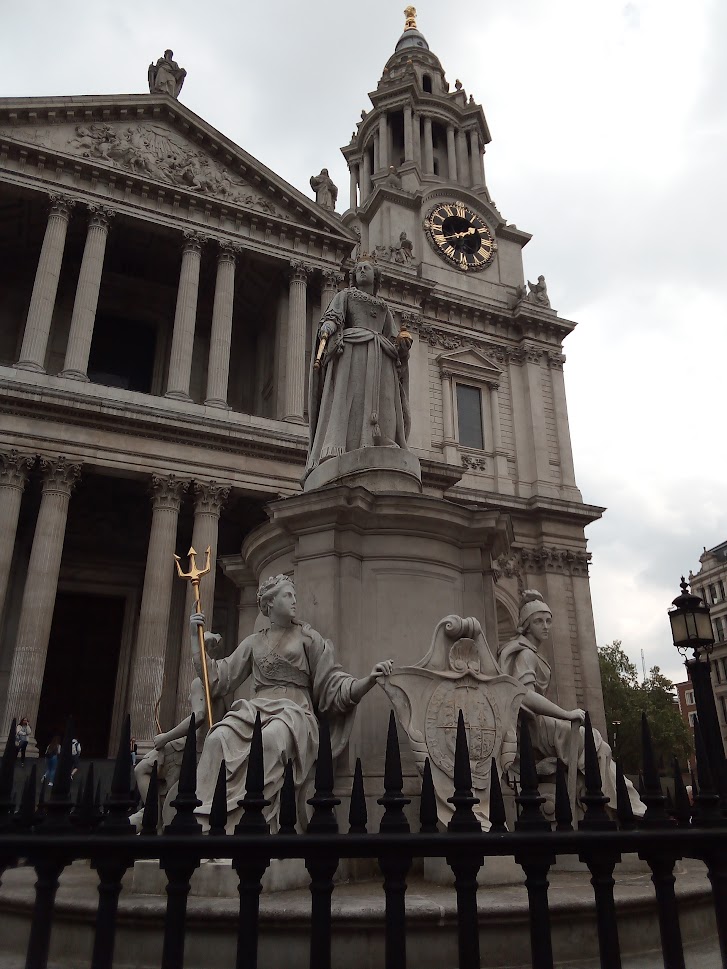 On our way to Green Park, we rode down a road called The Strand Street, the place to go if you are a person into theatre, which I am. There was also a shop in Piccadilly called Fortnum & Mason, an expensive place for gift shopping. (I notice there are a bunch of Japanese restaurants in London on this trip too).

Eventually, we made our way to Buckingham Palace. It was absolutely large, regarding the land alone, but the palace had over 800 rooms inside. Some of the British guards with the large fur hats stood behind the gate along with a different squad dressed in black, carrying guns. The guide told us that whenever the queen was home, they would fly/wave a Royal Standard Flag, but the queen was not home this day. 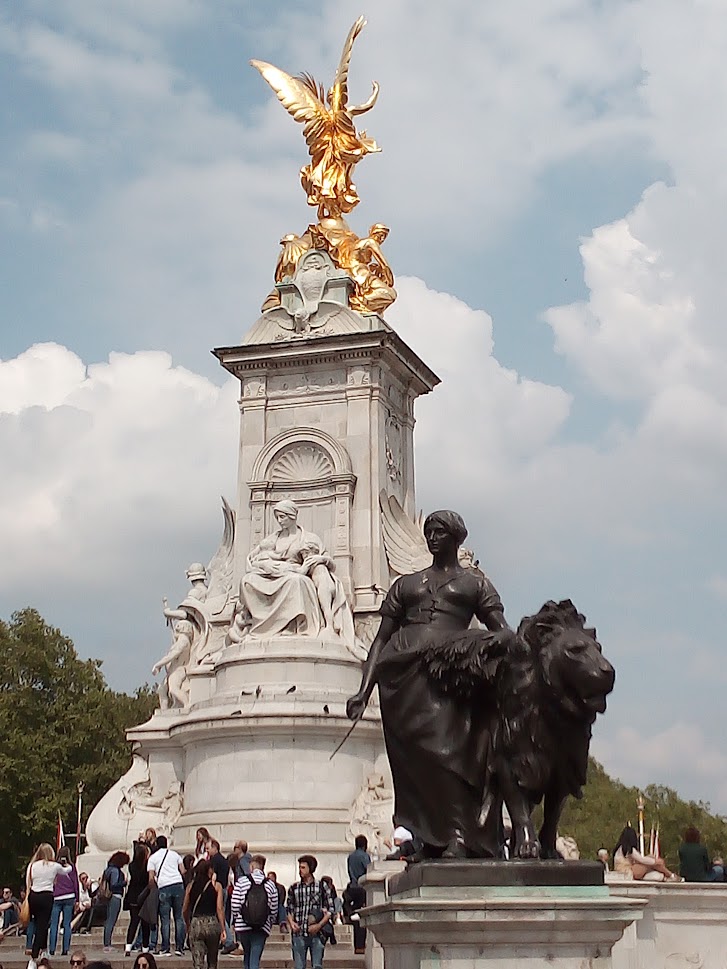 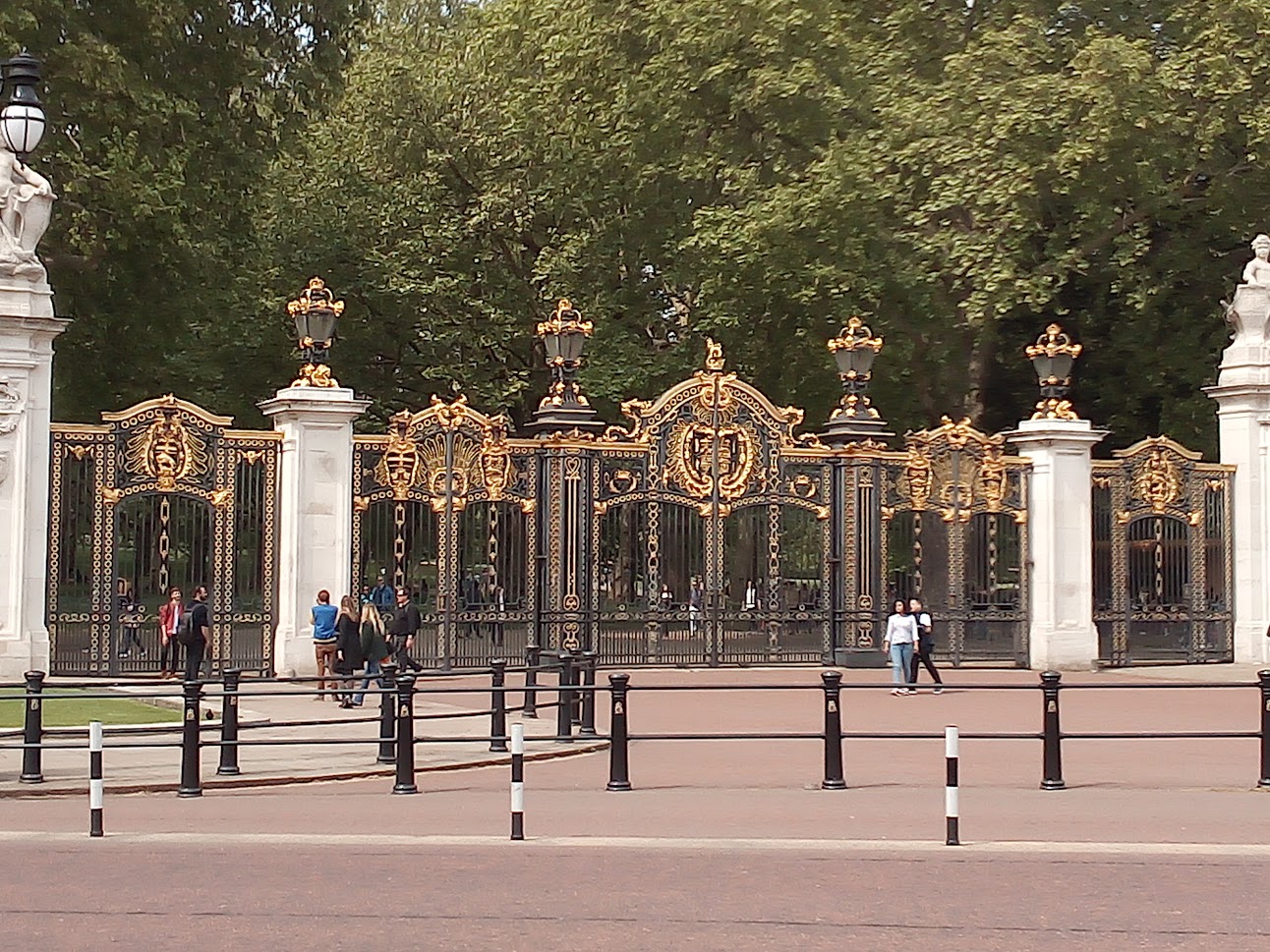 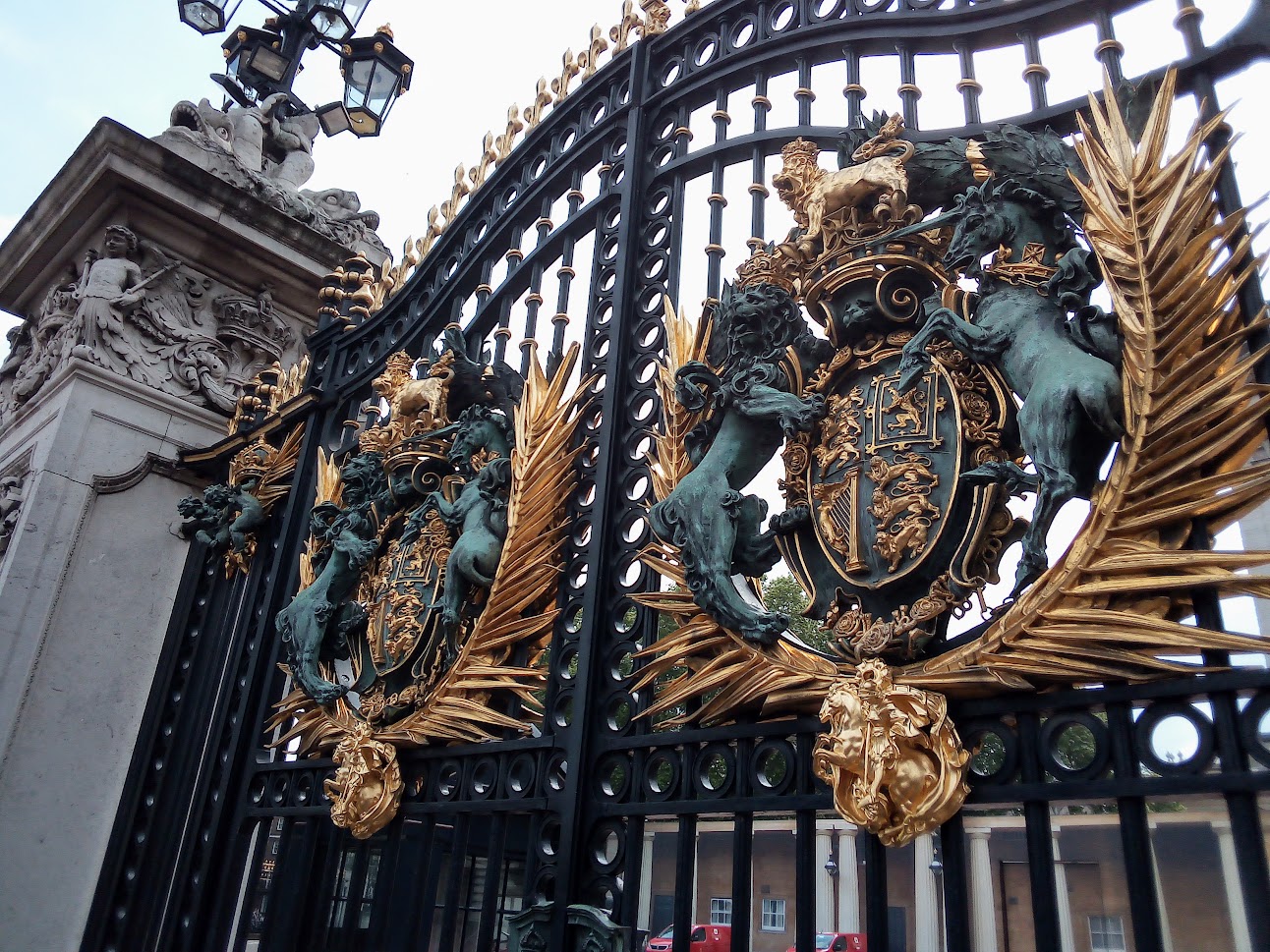 We ended the tour in Embankment across the river from the London Eye. (Apparently it coasts £25 to ride the London Eye, and it takes 30 minutes to get around it). With my roommate, I walked the bride close by to take some photos. I did see the Big Ben as I did this, but it was under construction. After that, we went to Waterloo Station (the largest station in London I believe) and went home. 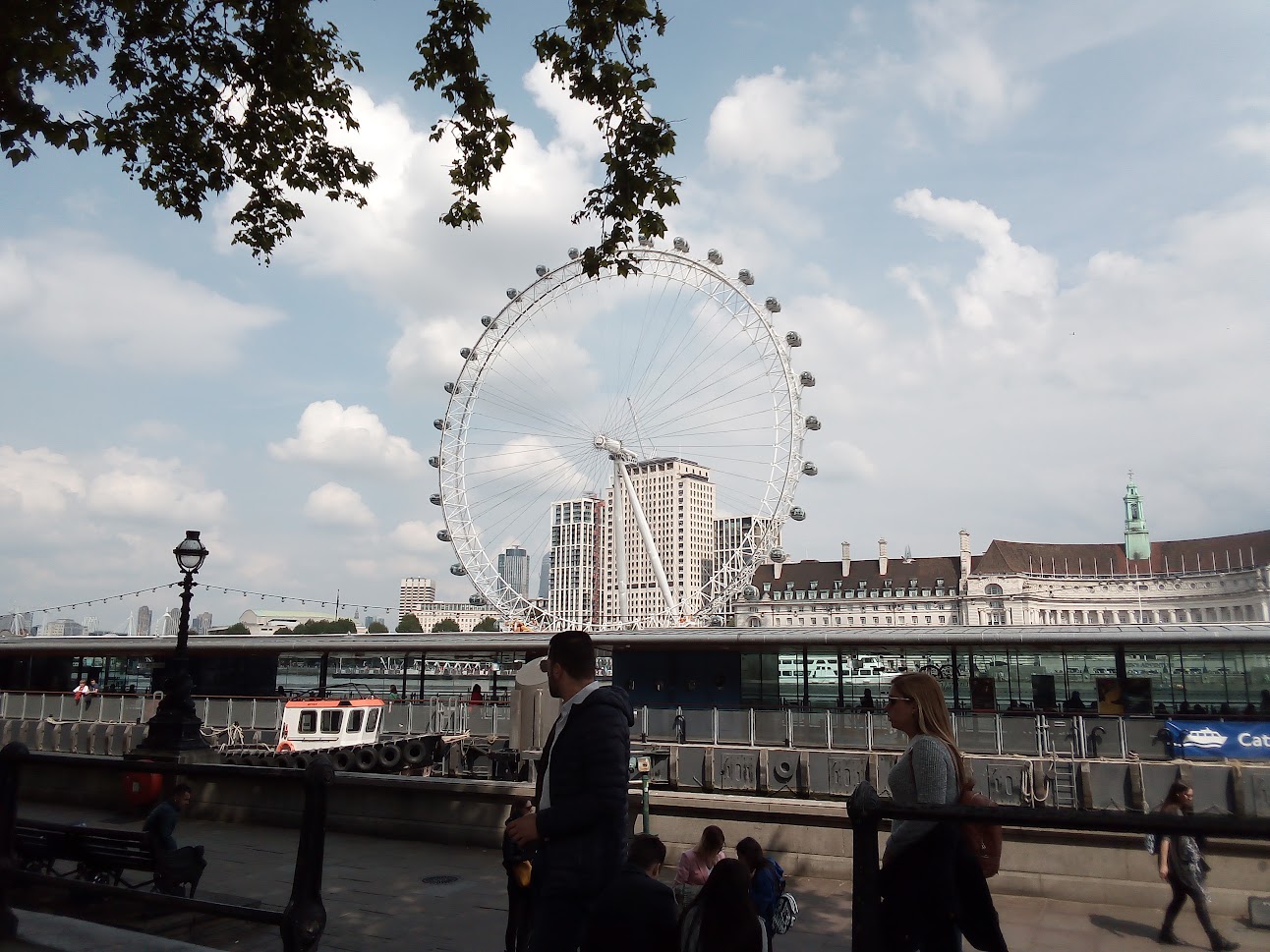 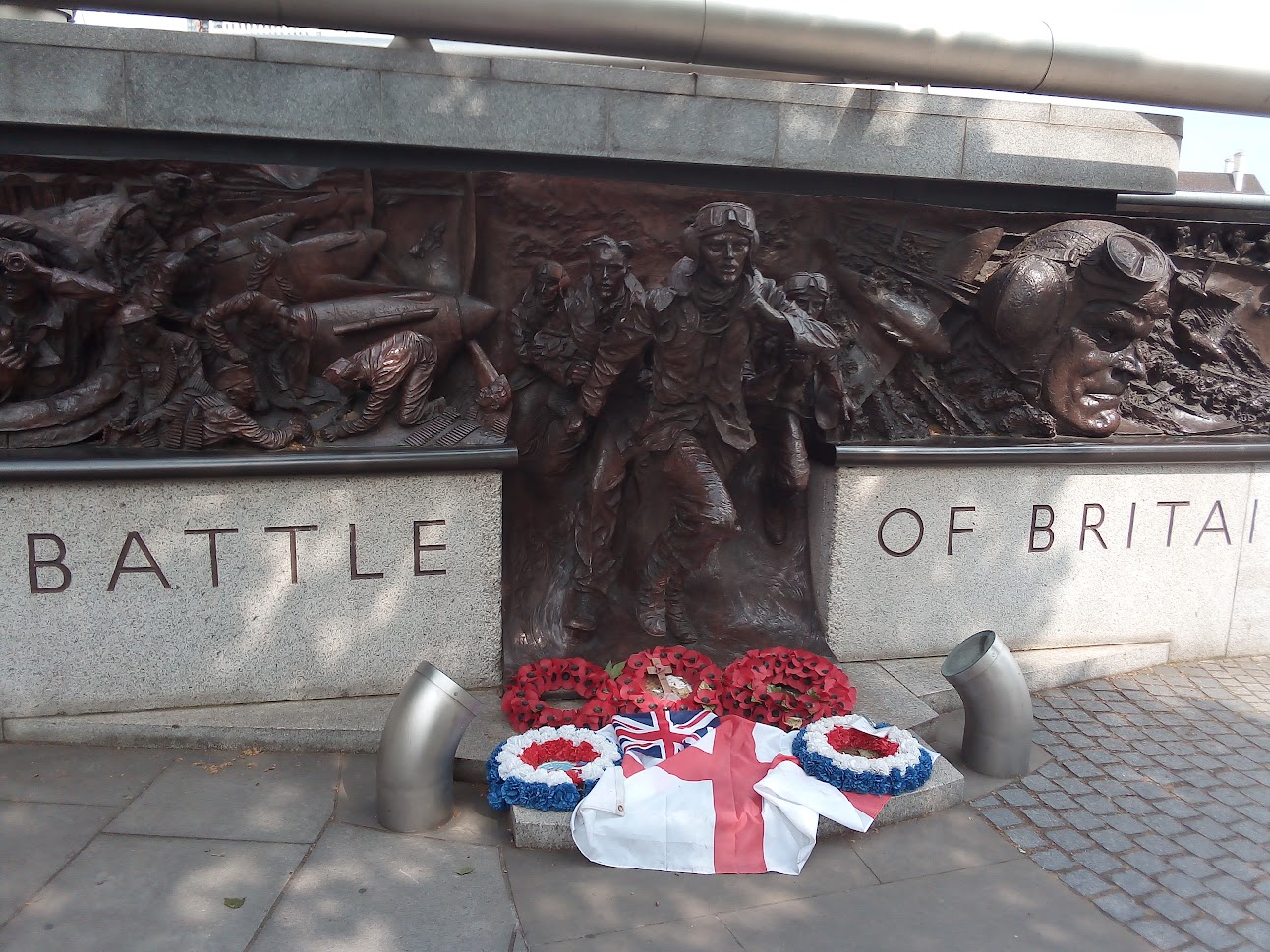 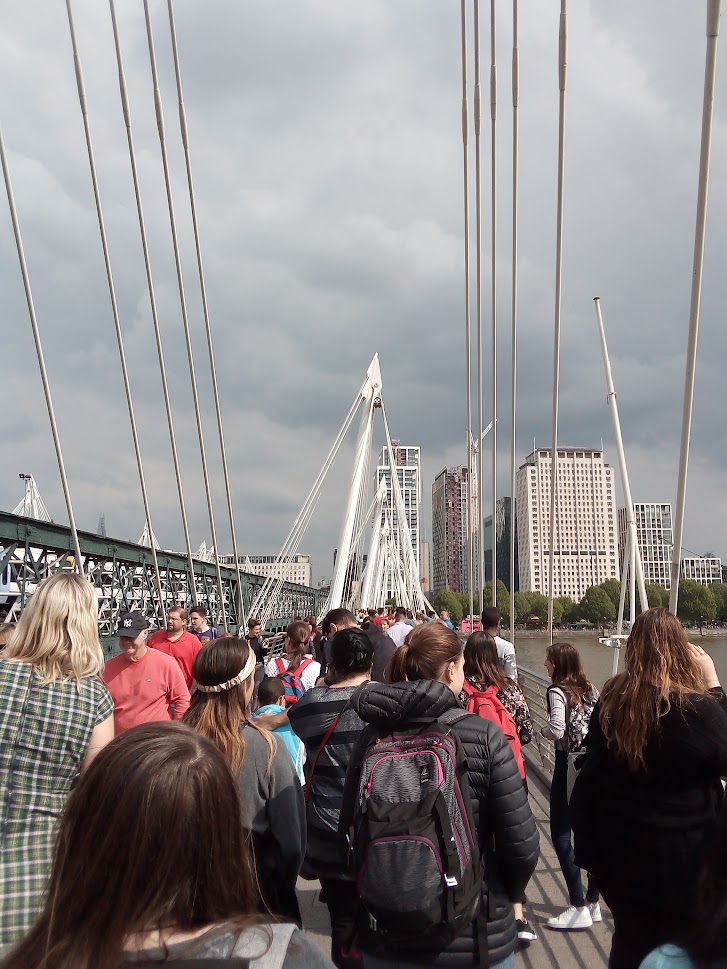 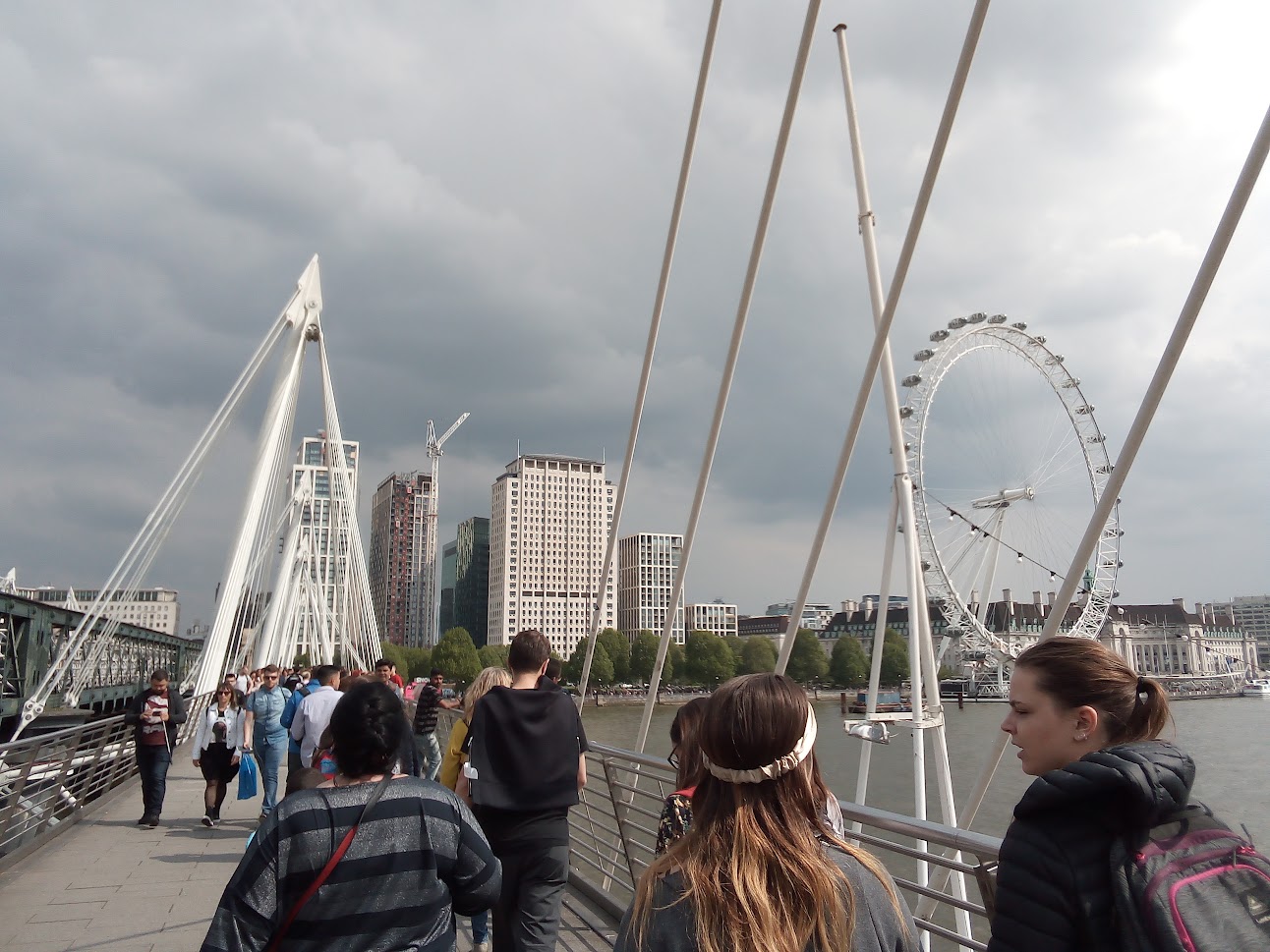