Day two of my trip here in London, and it’s been the busiest because today was arrival orientation day. Earlier, a majority of students on this program agreed to meet each other so we could all walk to the tube station. As we did, I noticed school kids wearing uniforms, and how diverse the area was. (I couldn’t tell you how many languages I’ve heard). When our group reached Canada Water Station, we quickly discovered how hectic rush hour could be. There were long lines formed in front of each train door, slowly moving as each tube came and went. Our groups ended up being separated. It took about 10 to 20 minutes before my roommate and I could shove our way into a tube car.

Eventually, we reached the station we were supposed to get off at. But once we went outside, we had no idea which way to go because we didn’t see any street signs. Turns out, some street signs are posed on the side of buildings, something that’s not done – or something I haven’t seen – in America. After walking down London streets, we reached a bright red door saying CAPA Centre.

Inside, our arrival orientation began. There were several speakers discussing our internships, the area we live in, classes we’d take, cultural differences, the lack of ghettos and gun culture, how pubs where quite drinking places while clubs were the opposite, how drugs (including weed) were illegal, central London (and how it has zones), how there are 300 or so languages spoken in London, etc. etc. During the orientation, we did a small activity where had to write three feelings we were having at that moment of arrival I put “unsure,” “over-thoughtful” (if that’s even a word), and hopeful for mine. We will do this again towards the end of the trip to see if anything has changed. 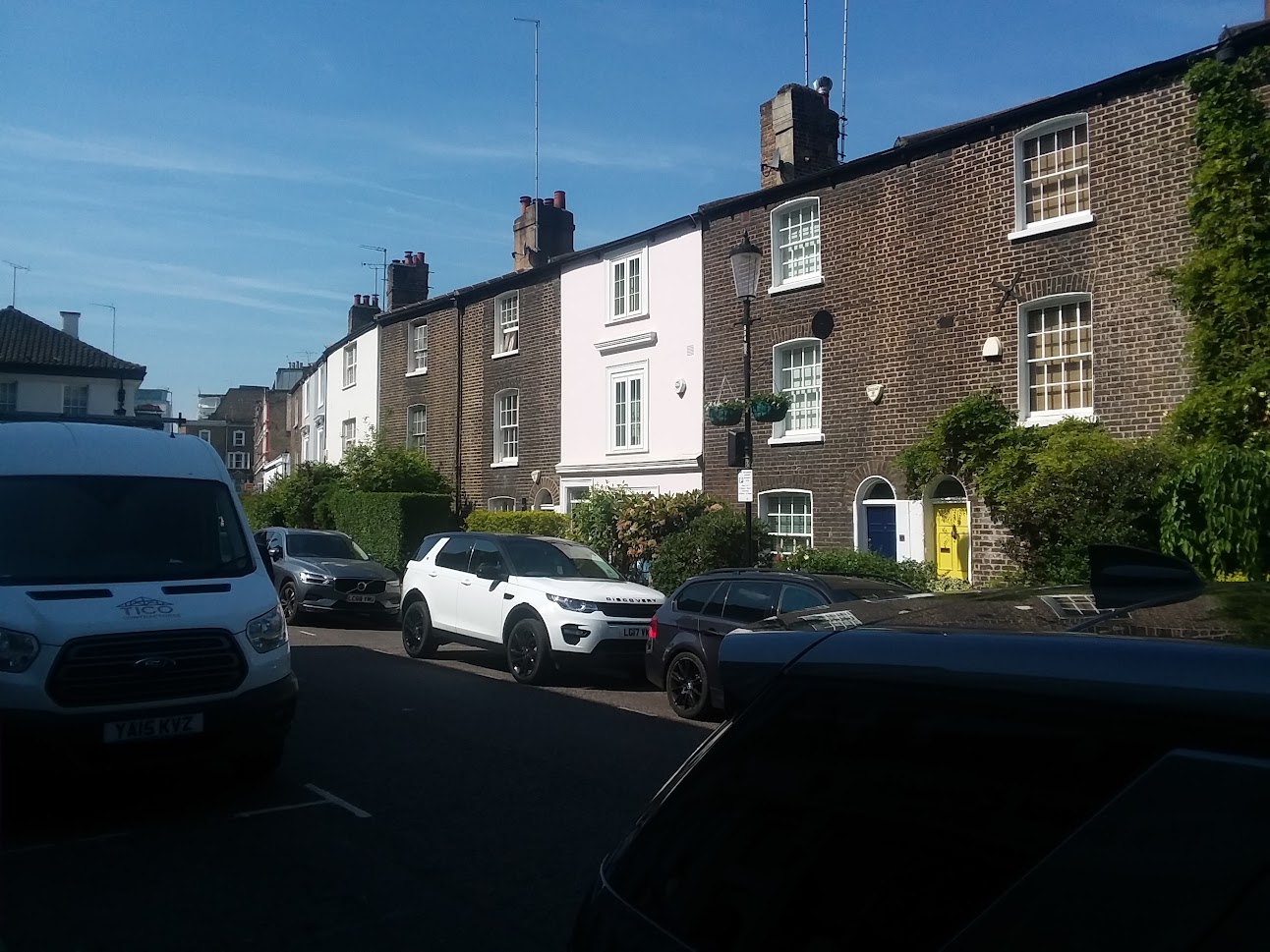 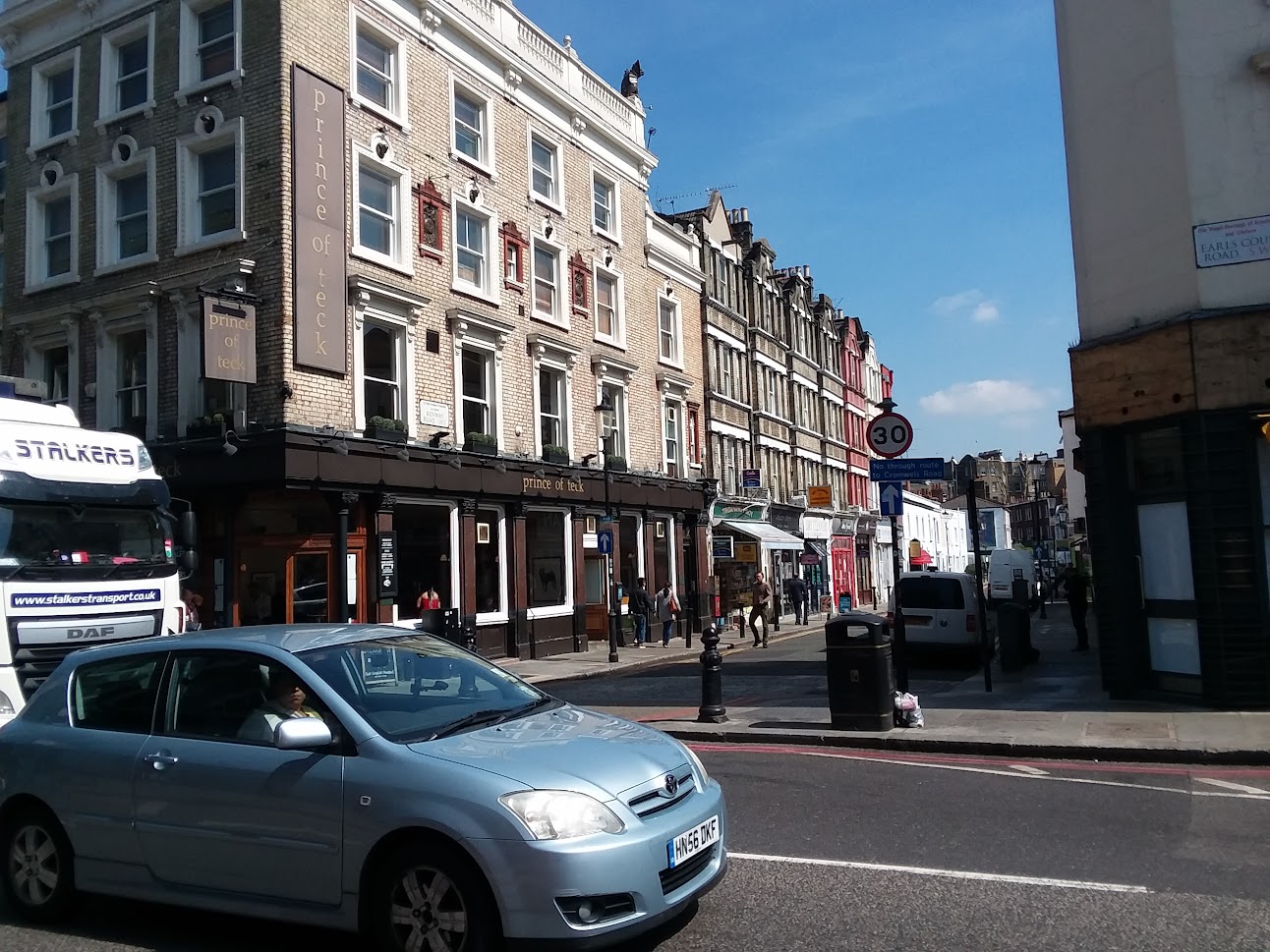 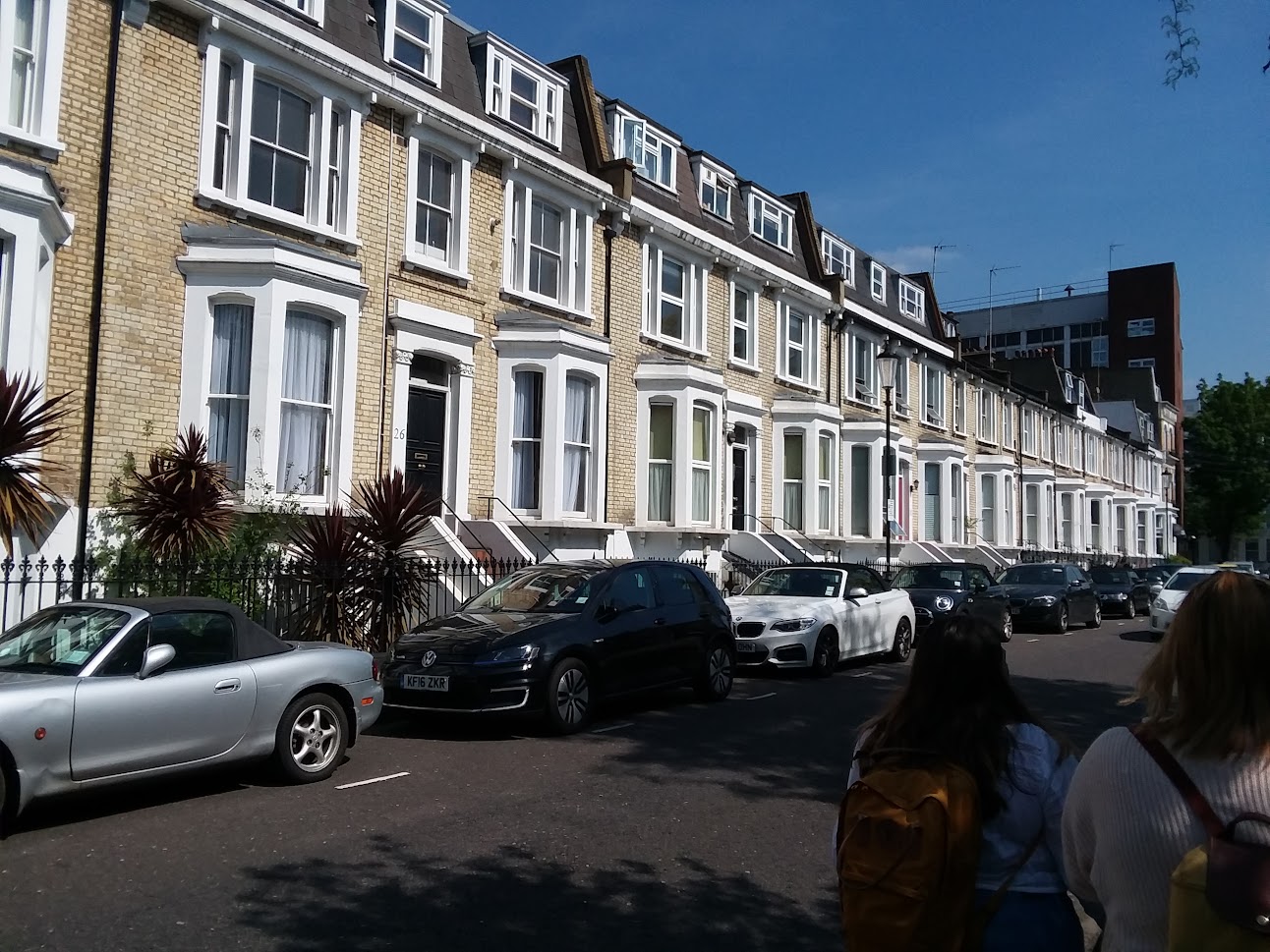 At one point during the orientation, we had a lunch break. My roommates and decided to roam around, admiring some of the buildings. We decided to have lunch at a place called Nando’s. As my roommate would say, “It was a fancier version of Chick-fil-A.” During another break in orientation, we also sat down together to fill out a room agreement since we’d be living in one place for nearly two months.

When the orientation was over, all of us students went to some “Olive”9(?) restaurant for teatime. There, people ordered the type of tea they wanted to try. I don’t like tea, so I didn’t order any. I did, however, feel it right to mooch off someone else’s tea just to get the full experience. It was English Breakfast Tea, and it was awful, at least for me. I did, however, enjoy the layers of goodies they brought to the table. There were little desserts like tarts along with some small sandwiches to snack on. My favorites were the powdered bread and the salmon sandwiches. 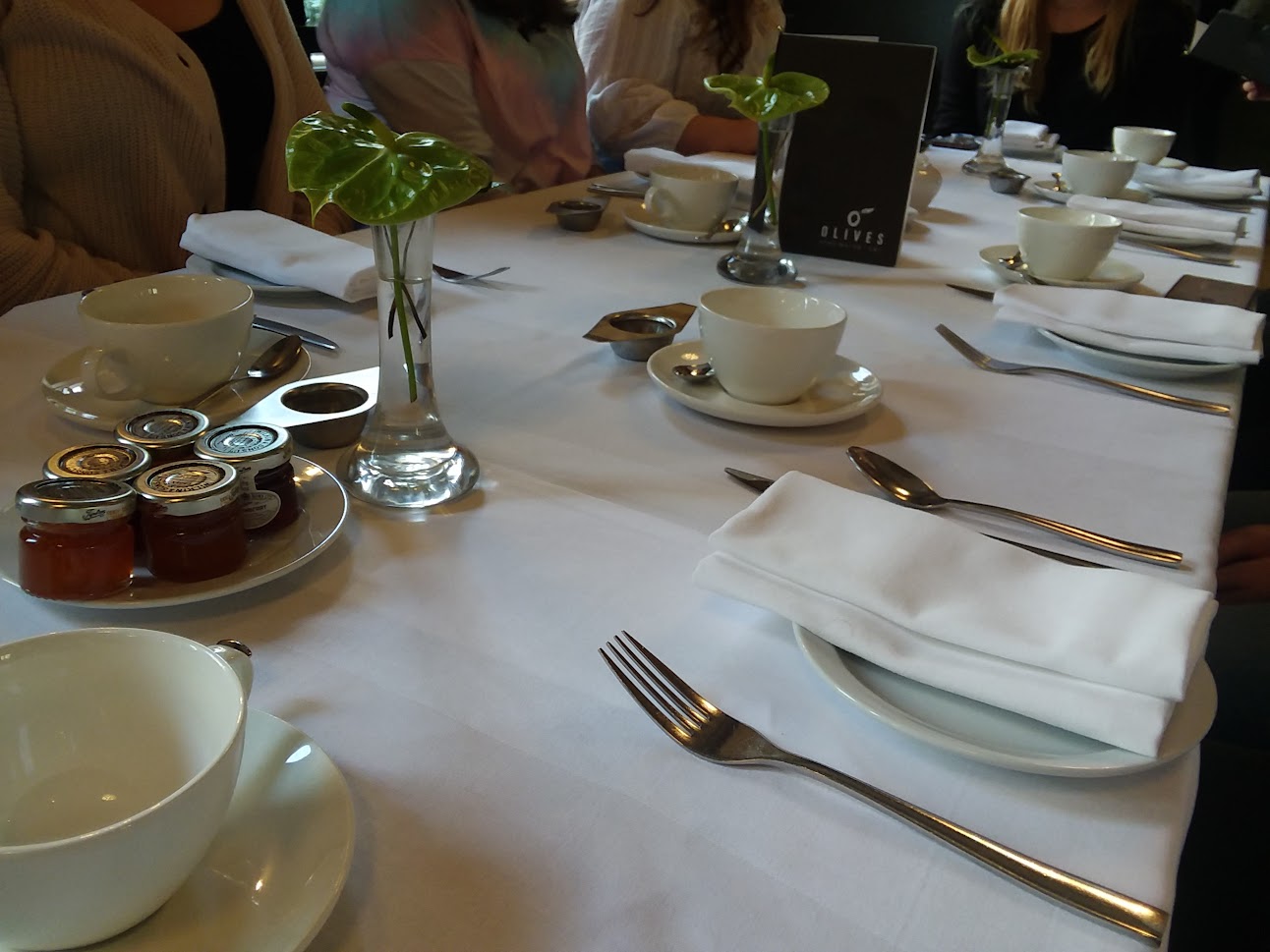 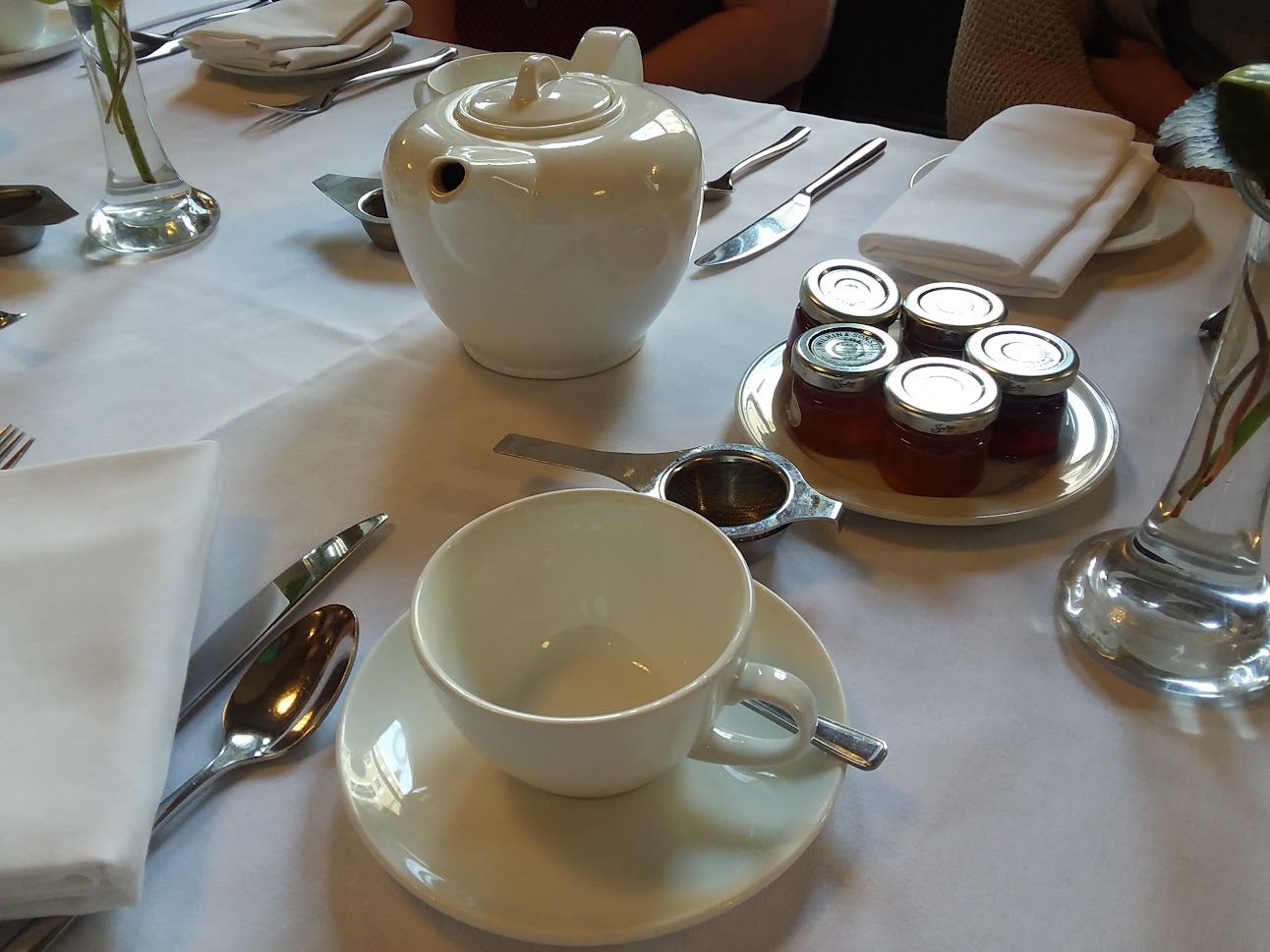 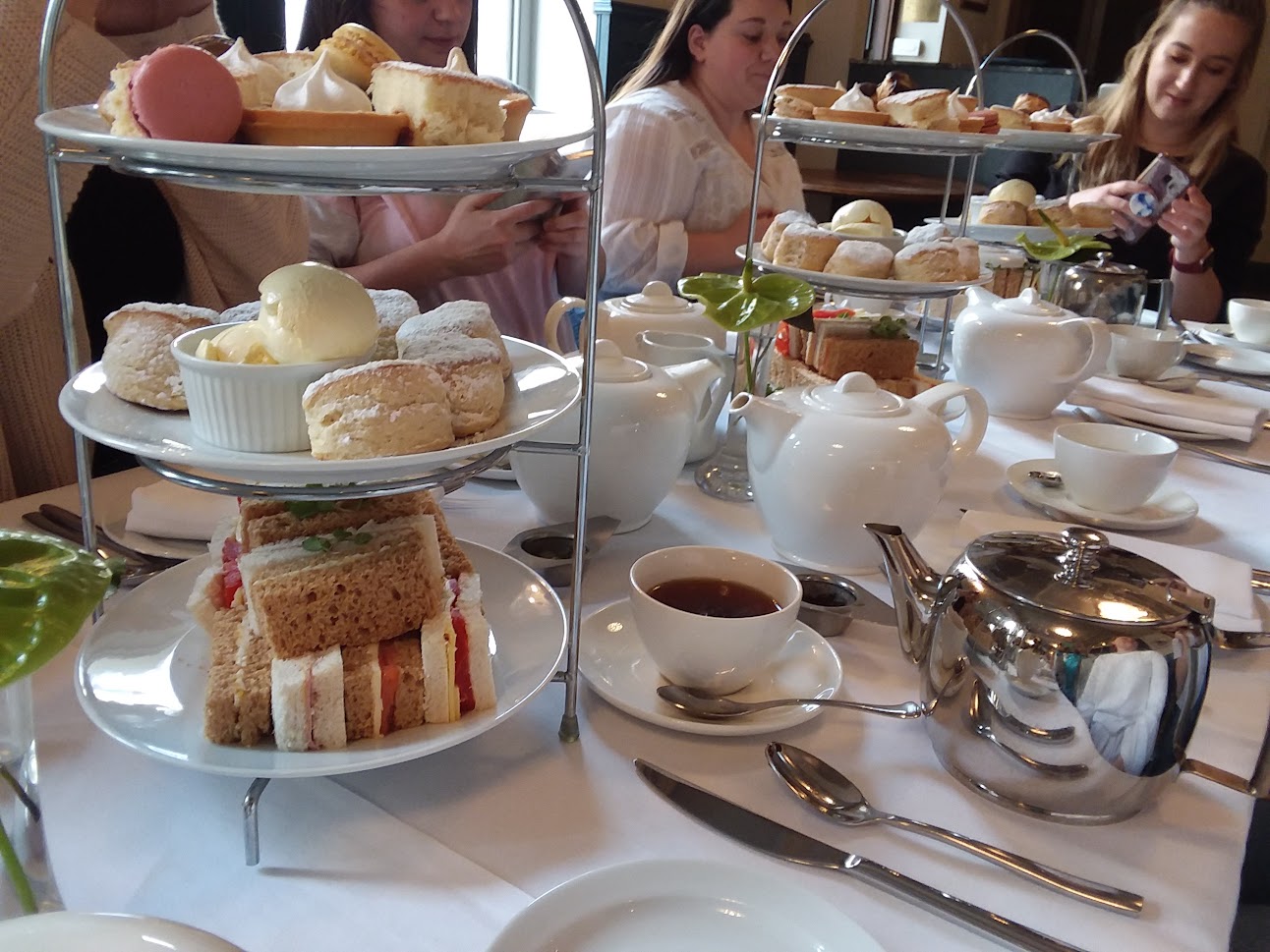 Earlier in the day, a person working at CAPA handed out leftover tickets for a play called “Come From Away” that way showing this night. I instantly jumped on that bandwagon and found myself in the Phoenix Theatre. The play was absolutely magnificent. It was a musical – which I didn’t expect – about how over 200 planes had to land on a small island in New Finland called Gander. (One thing I found interesting is that they never even mentioned “9/11”).  I found it really nice to see the diverse cast and to here them jumping from one accent to the next. It was truly grand. Maybe I’ll see it again. 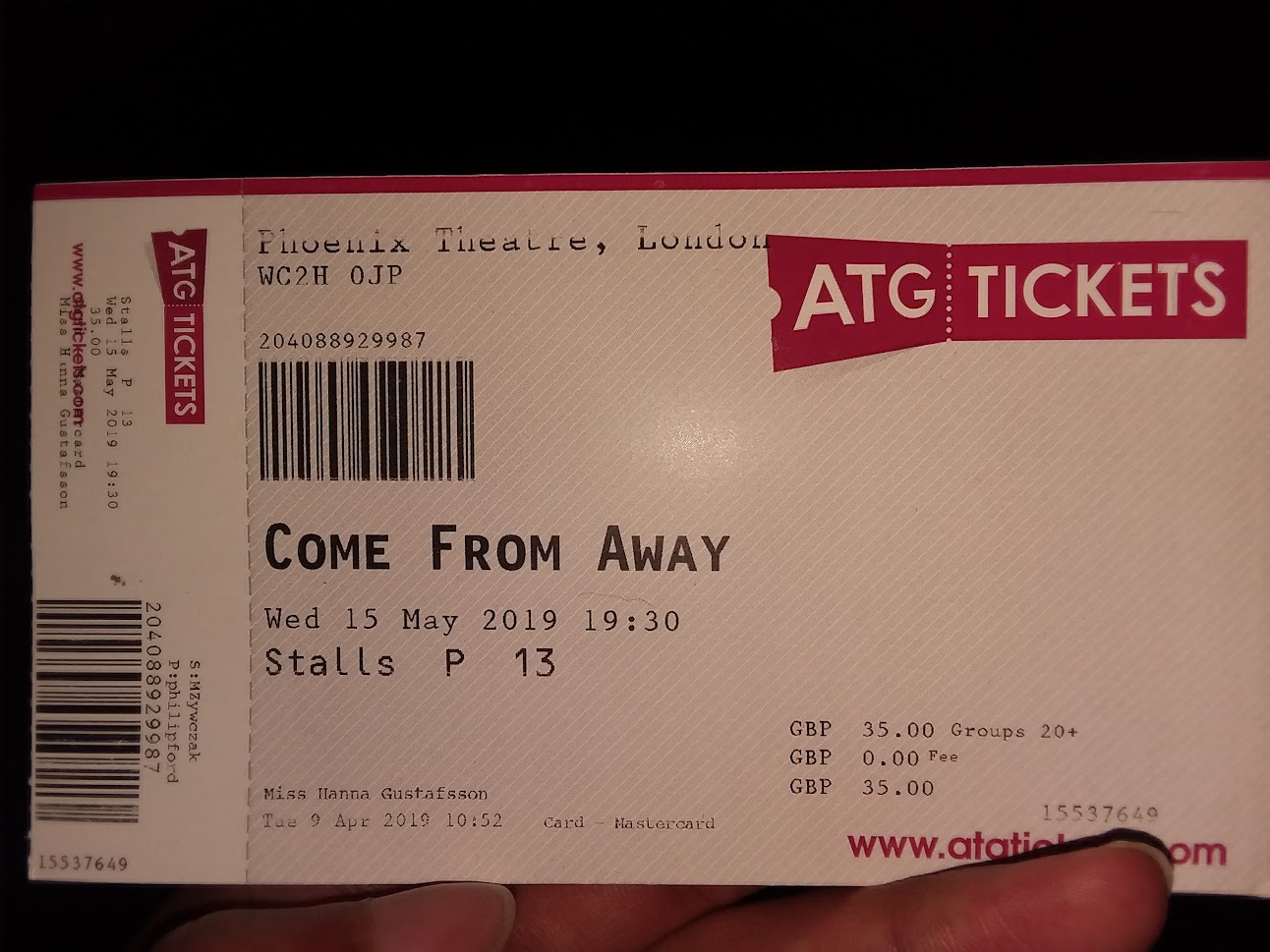 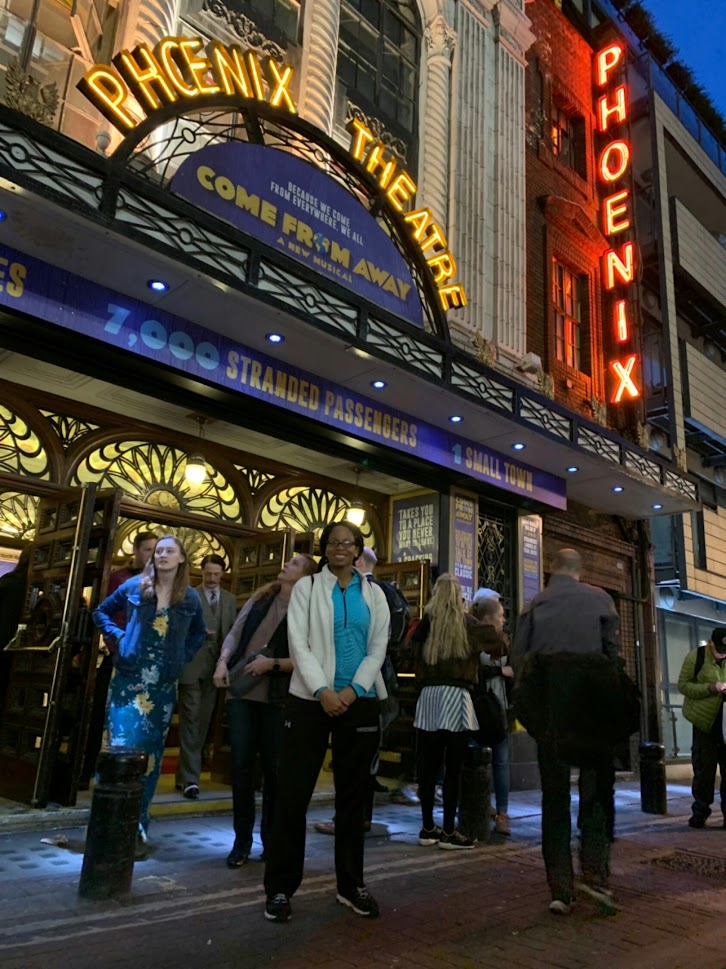