Surprise or not, I am in London at this moment, May 14, 2019, for an Internship Program through Purdue University (and CAPA). I can’t say I’ve always wanted to go to England, but I would never turn a trip here down. Even though it is an English speaking country, there is so much to learn here about culture, art, and literature, three things I am very fond of. Internships don’t start until next week, but until then, I’m trying to get adjusted to my new surroundings. Still, this is a program for credits, so these blogs I will be posting is a part of a “daily journal” assignment I have to do. I have to journal about every single day I’ve been here, so I apologize if some of the things I write seem like a sloppy diary entry.

Today was the start of my London Internship Program. Besides to shock of exchanging $111 for only £65 (pounds) – I quickly learned never to do that at an airport and instead wait to find a trustworthy ATM – and hearing a Londoner complain about and question why us foreigners would come to a “trashy place like London,”  I have not experienced much (culture) shock, at least not yet. In fact, I didn’t know what to expect except coming here to work. Everything seems normal – my normal – with an exception to the British accents (which are very interesting to listen to) and phrases. It is only the first day of the trip, though, so I’m sure I’ll see more of the culture as time passes.

One thing I took getting used to today was the currency. First off, I was extremely excited (more than I should have been) when I saw that the £5 bill had a transparent section of it. 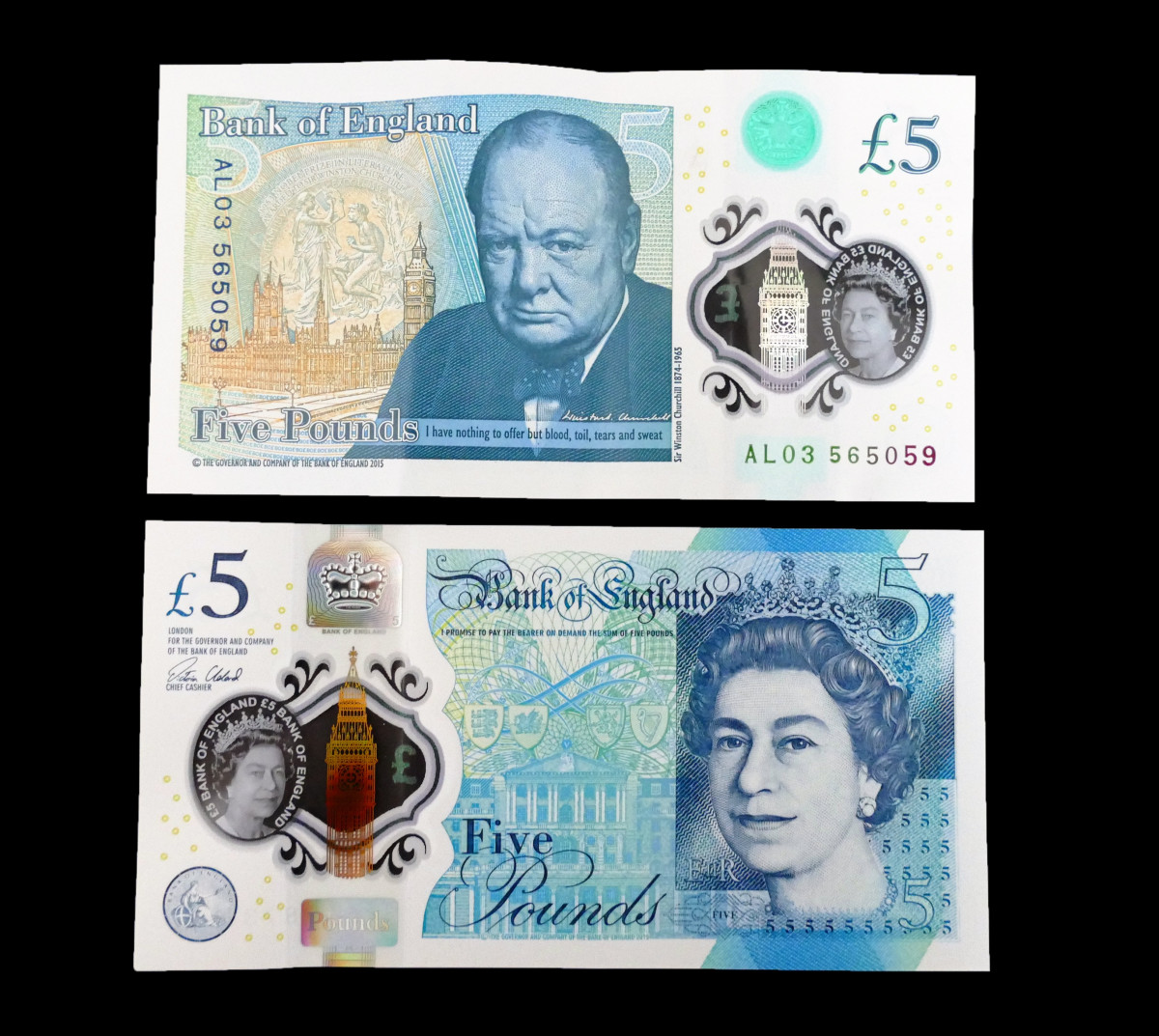 Then, I was shocked to find out that £1 and a £2 came in a coin form. At first, I thought they were pence (which are equivalent to US pennies) until I read the coin itself. Second, compared to US dollars, pounds don’t seem real to me. But I’m sure that’s has to do with me growing up with dollars. Lastly, I’ll have to find a way to manage my money since the pound is worth more than a dollar. My $100 grocery budget might only be a £60-£80 budget.

I managed to make it to the lovely flat in Canada Water. It’s a beautiful apartment with light switches outside of the bathroom, only a washing machine along with drying racks – apparently Londoners typically air dry their clothes, and an empty narrow room with a use I’m unfamiliar with. (Maybe it’s a place to put the drying racks). 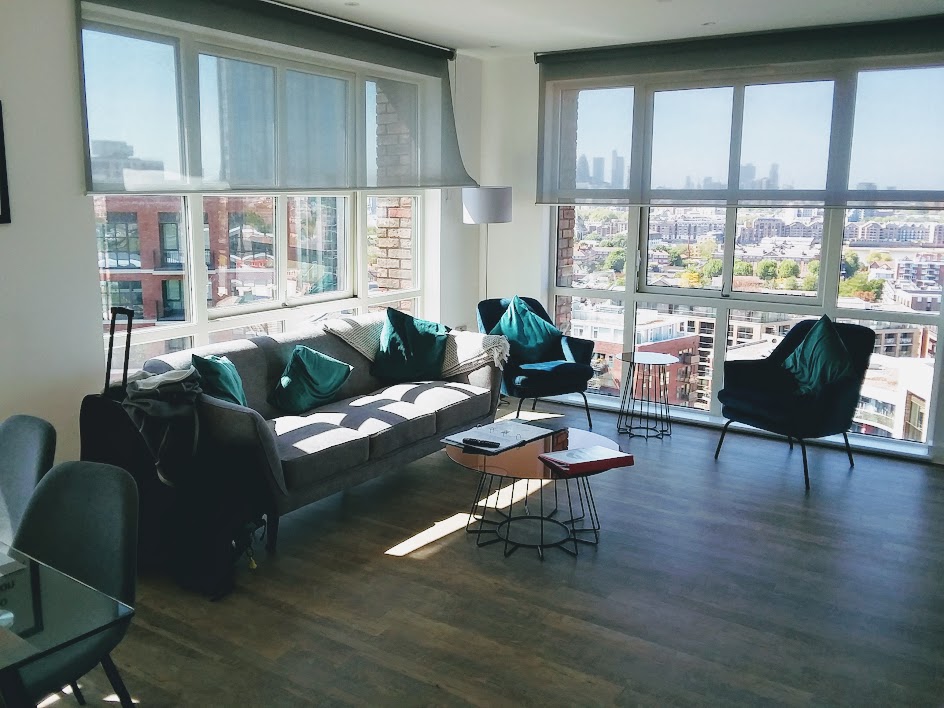 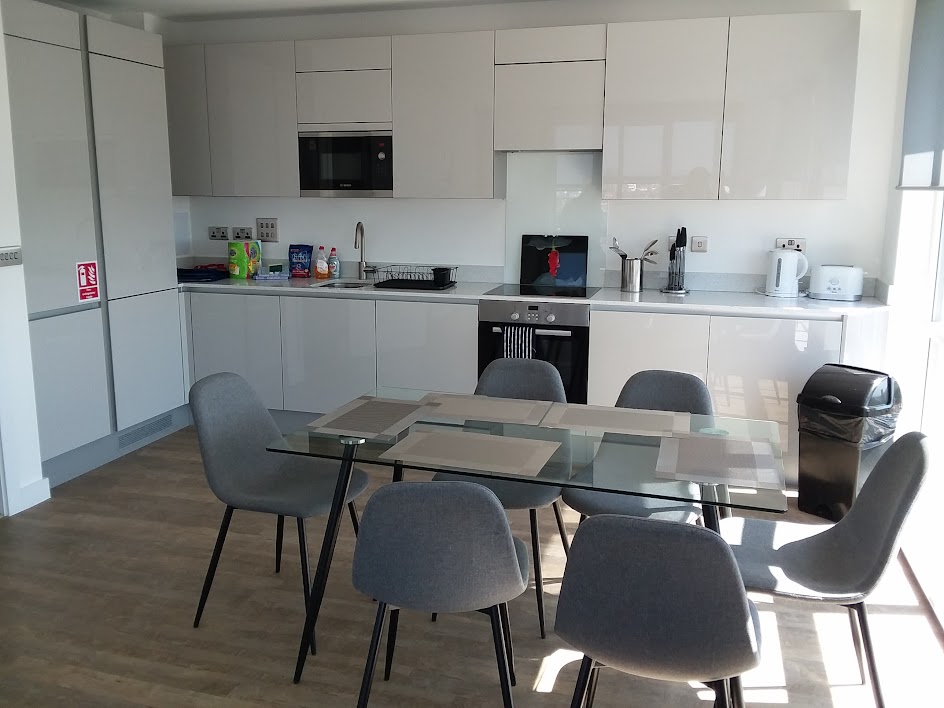 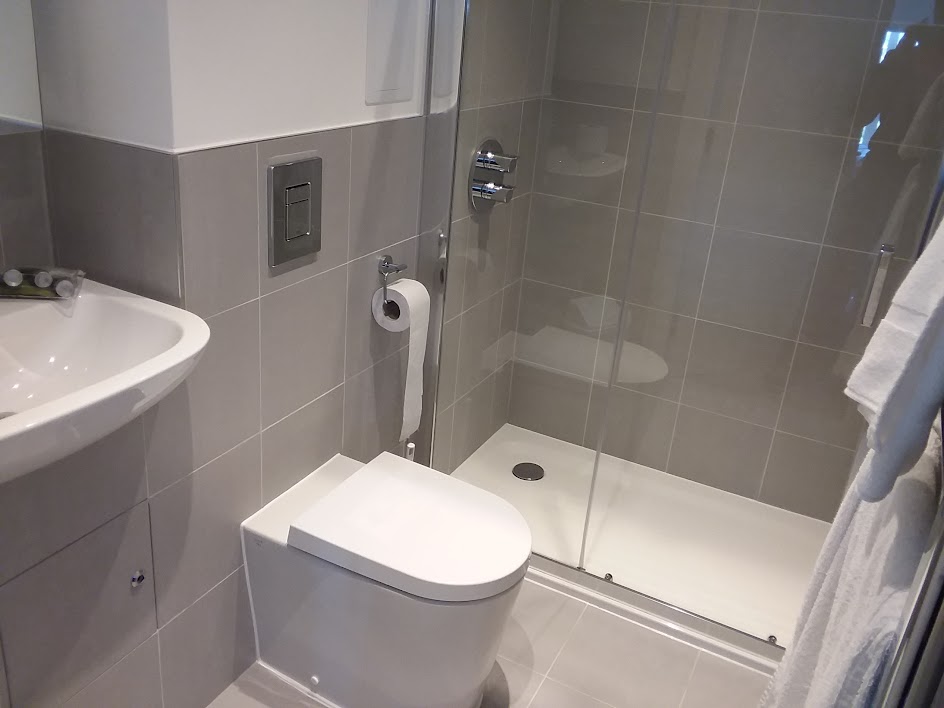 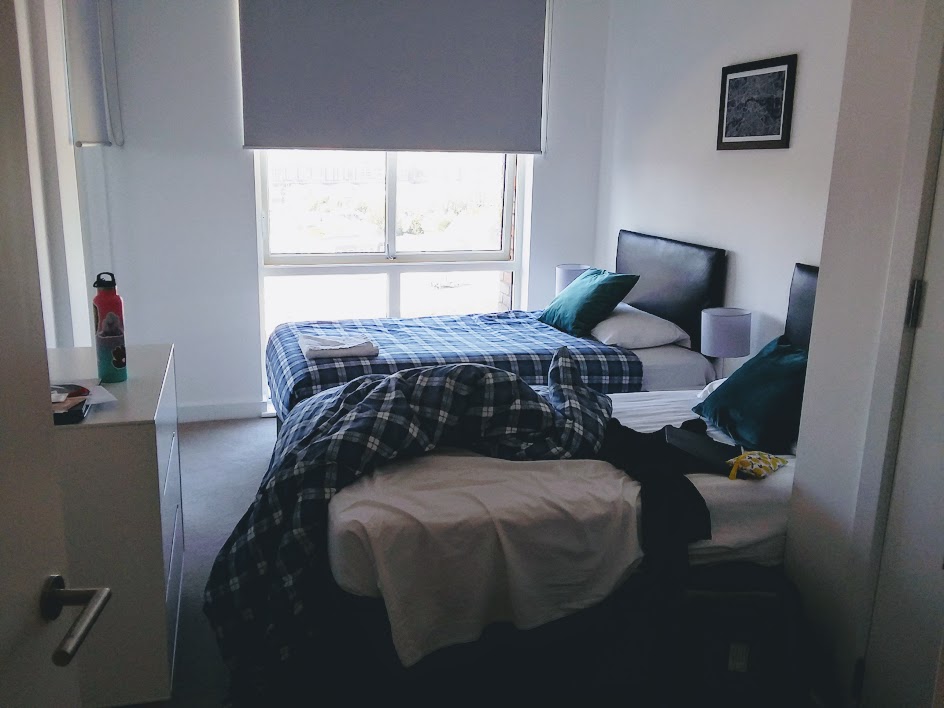 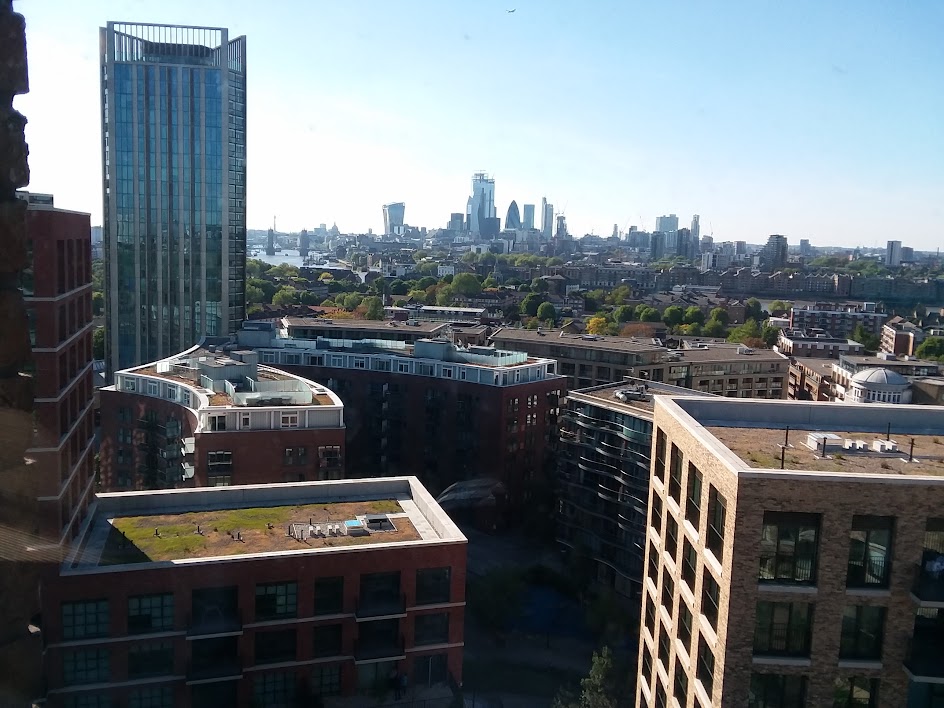 After storing my bags in the room, I went on a tour of the neighborhood. Though, it wasn’t really much of a tour because we just went to see center of the plaza(?) and got fed information about the arrival orientation for tomorrow along with the markets near us.

Then, we scattered to explore. I met some of my roommates, and eventually went shopping with one (after buying a crepe from a stand). 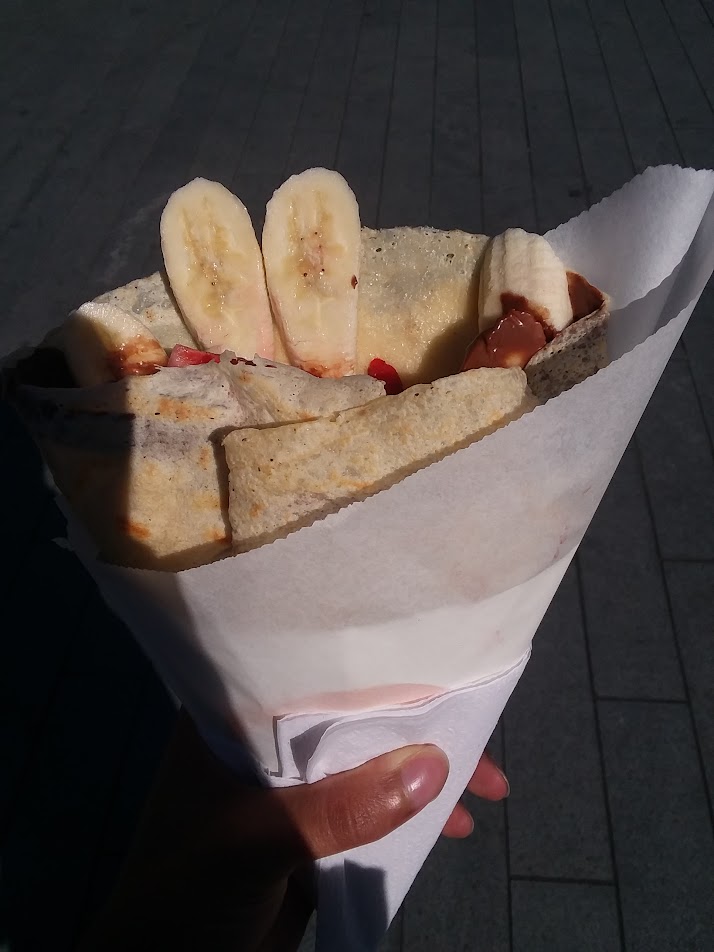 Throughout the day, I’ve noticed different phrasings used; though, I expected our word choices to differ even though both British and Americans speak English. When I was on my flight, a British woman sitting next to me continuously described her motion sickness as “horrendous” – not a word I often hear Americans say. Another woman constantly said, “I’ll give them a ring,” meaning a call. Also, when I walked through the Heathrow terminals, I took note of the signs that differed from what I was used to: “Baggage reclaim” instead of “Baggage claim,” “Drinking water,” instead of “Water Fountain,” “Toilets” instead of “Restrooms,” etc. It was interesting and entertaining when it came to some situations. While shopping center (a.k.a. mall) with my roommate, she was looking for a laundry basket. So, I asked a lady working there where the laundry baskets were. She said she didn’t understand, so I said “clothes hamper” instead. She still didn’t understand. Then, I said “a bin you throw clothes in,” and she said “Ah!” and showed us where they were.

So far, everything is going well. I met a cashier who, after I told her about the Internship Program, recommended I go see Cornwall and Yorkshire Dales National Park or Lake District (where I could see the round table King Arthur’s Excalibur). They look like lovely places to visit. I’ll have to add that to my list of things to do while I’m down here.

One thought on “Arrival To London (Day 1)”