Of all the paths you take in life, make sure a few of them are dirt.

Today was a glorious day! Clear skies and even a nice breeze, which was good news because my editing professor gave the OK to go hiking on Ansan Mountain. Yay! I brought along my bag and some water since it was a little hot out. Nothing bad. We walked up a few hills and down a couple of roads. During that time, the professor told me about his biking trip. He cycled all the way across South Korea, or at least the edge of it. I think he did so for five days, with breaks of course. Still, that really fascinated me how active he was (especially since he smoked). 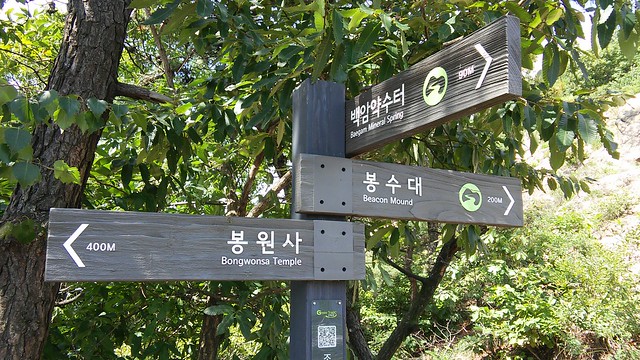 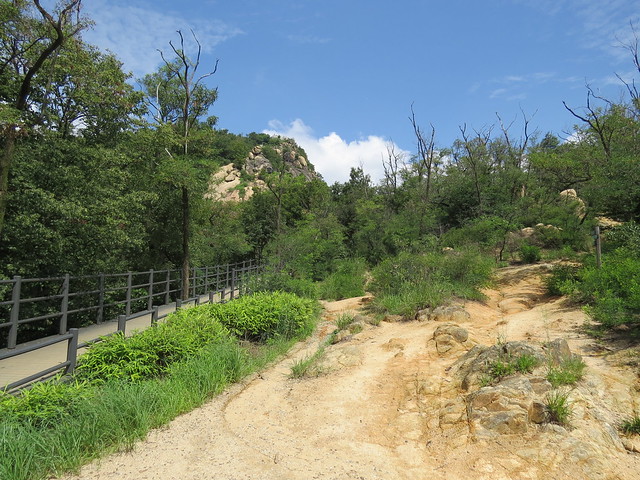 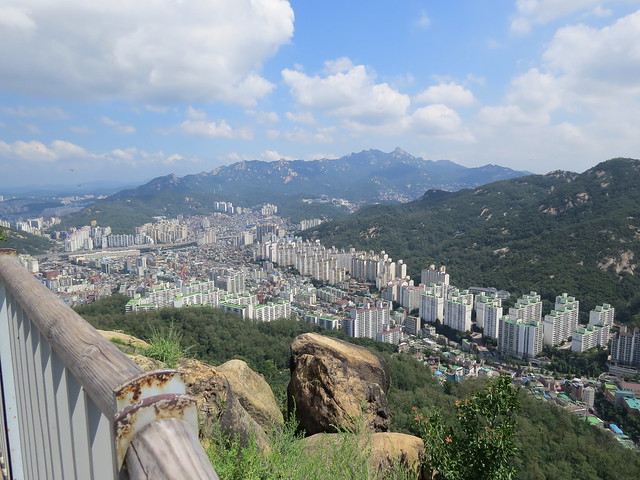 After a while, we started up a muddy hill. They were really steep, and professor was surprised I keept up with him. He said I was good hiker, but kept laughing at me because I kept swatting bugs, flinching, and covering my ears so they wouldn’t nest in my brain. He told me I thought about them too much, so they took particular interest in me and even liked me. It was even worse when we reached the top because there were clouds of dragon flies. But I was proud of myself, and surprised that we reached the top. I thought it would take a lot longer. (There were times when it scared me to climb on of the rocks because they were so large and steep). We took some pictures and looked out towards the horizon. I even saw the Ewha and the Seodaemun Prison from all the way up there. 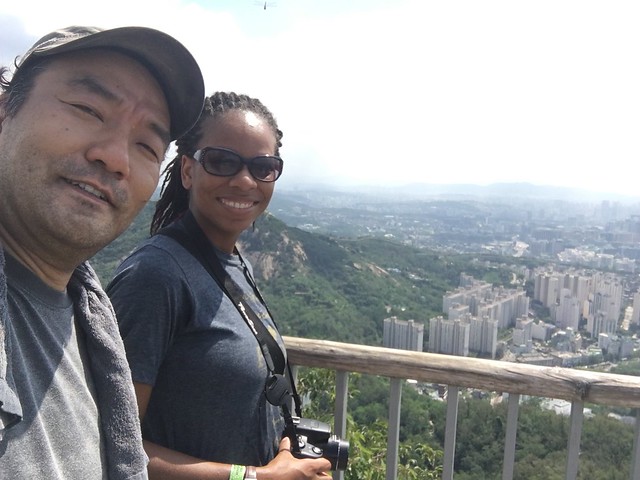 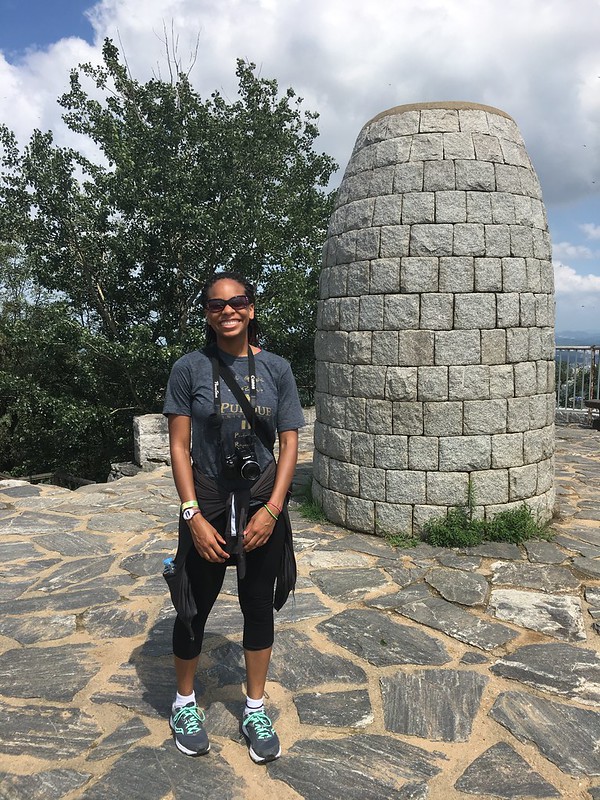 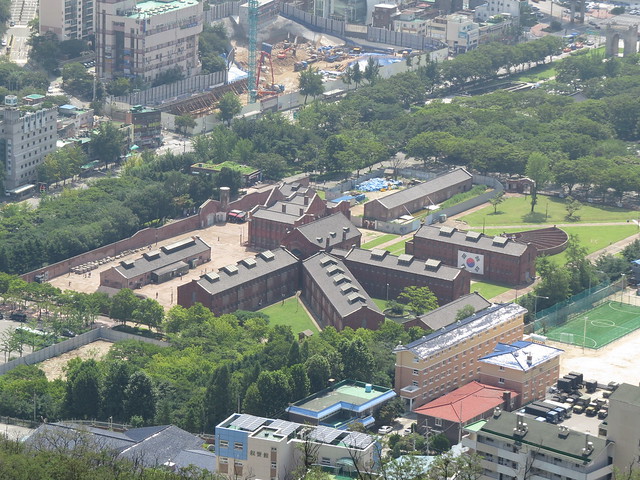 On the way down, I still complained about the bugs, and he still laughed. I told him jokingly that bugs were no joke and that I got bit by a mosquito. Then I showed him the weird lump on my ankle. He freaked out, saying that wasn’t a mosquito bit. Though, with my amateur expertise with bugs, I was sure it was. Brushing off his worry, we sauntered down the hill and detoured to see some temples and shrines. We saw a funeral in progress. 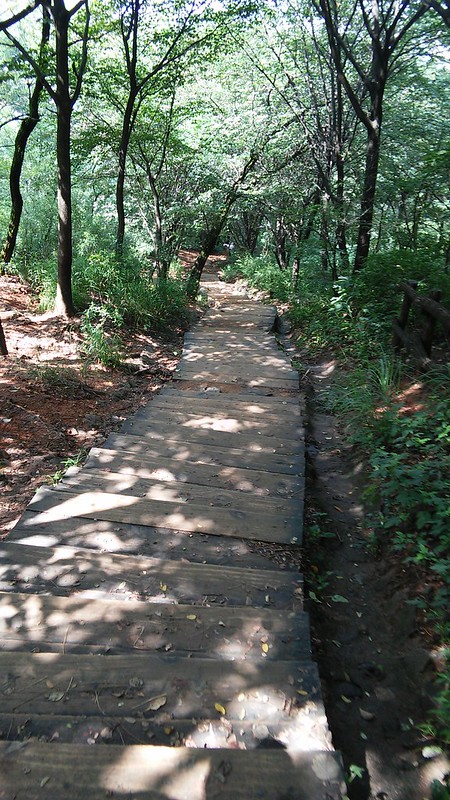 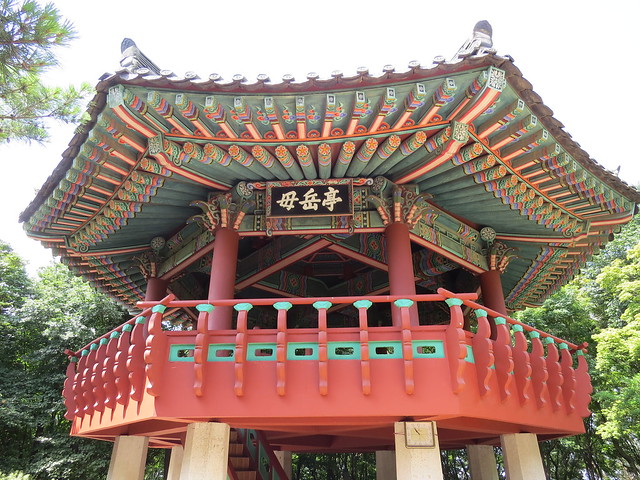 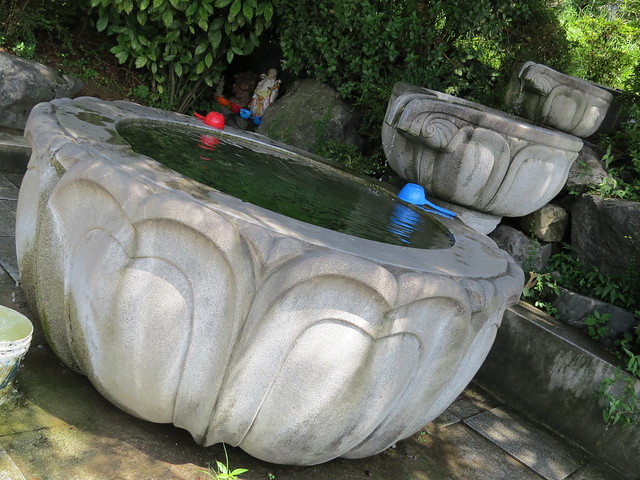 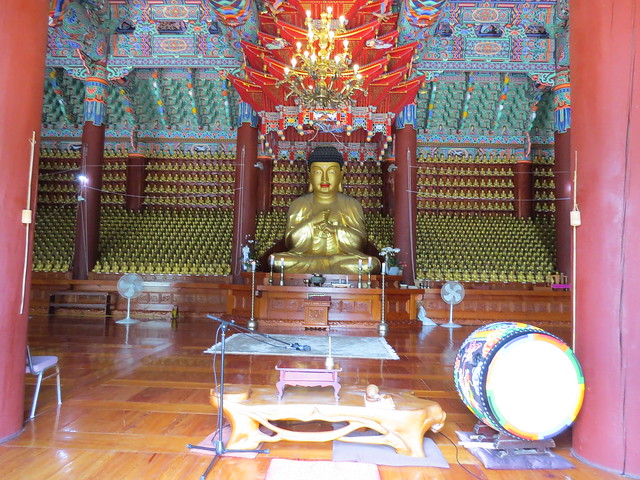 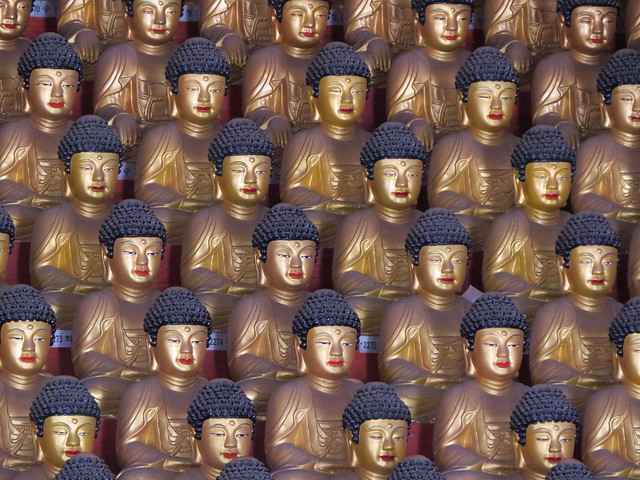 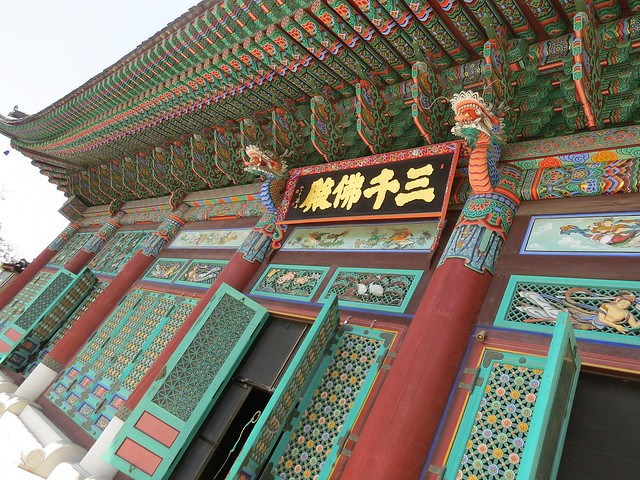 I looked at my bite again after a while, but this time he freaked when I started touching it. Worried, he took me straight to the Ewha Health Center. Once there, all the doctors (or nurses) did was bust it and put a bandage on it before giving me ich cream and pills. The lady at the front desk told me it was 8,000 won, but I told her I didn’t have any money. She told my editing professor that, and he chuckled. Then, he paid her.

After, he took me to eat Jajamyong, the cheapest Korean food. I’m not complaiting because those noodles were absolutely delicious! I’m just stating the facts.

When all that was done, I went back to the office to work. But not for too long. The students I usually conversed with didn’t come today, so I went to Itaewon for a group project I had to complete for tomorrow. My group and I were supposed to look at the diversity, advertisements, art, and food of Itaewon. I wasn’t sure how to get there and ended up entering the wrong station. I had to go to customer service just to get my money back. But I a man gave me some nice directions, and I made it to Itaewon safely. 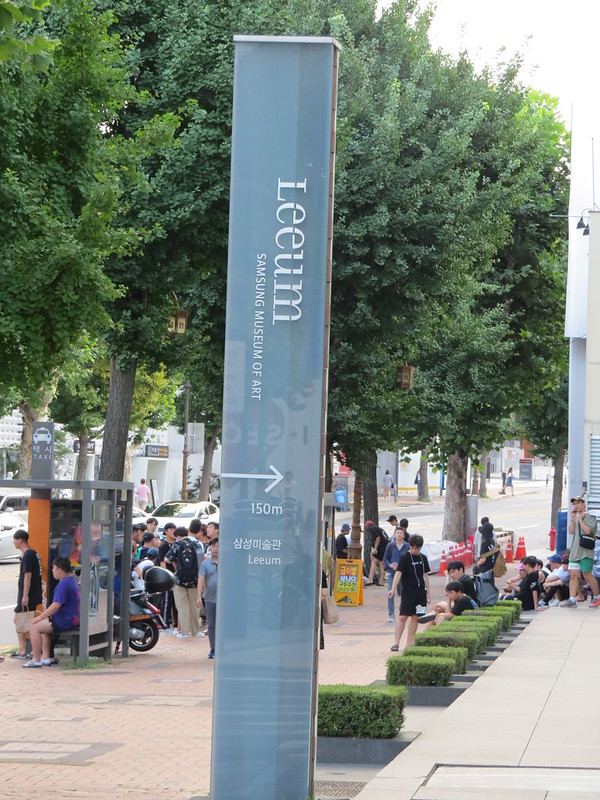 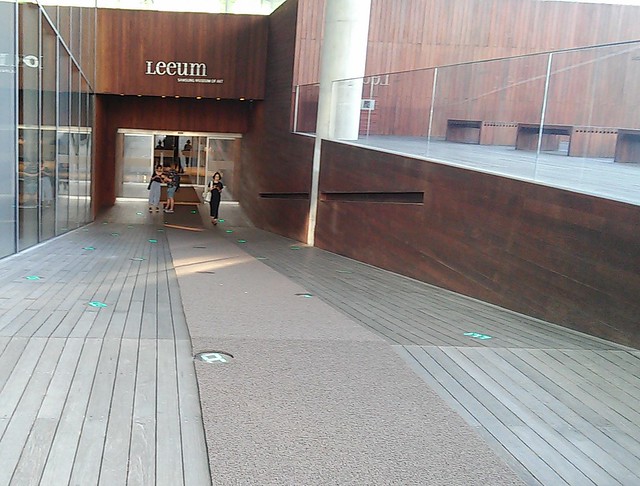 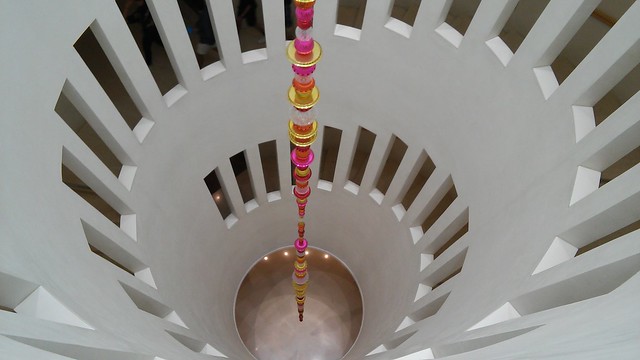 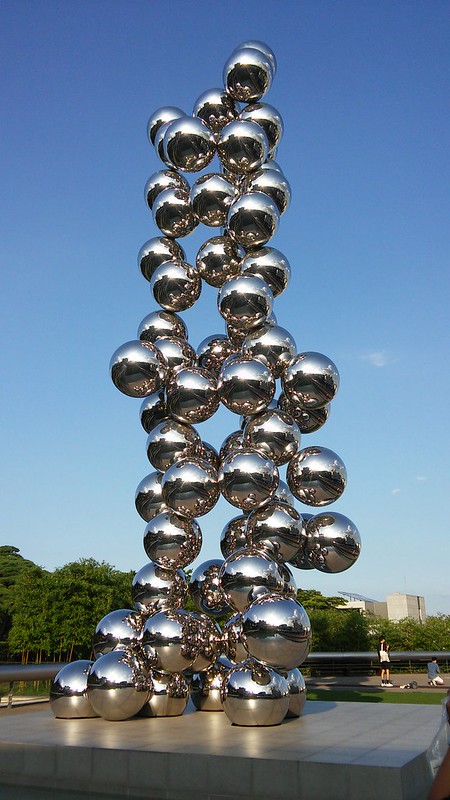 With my camera in hand, I went to the Samsung Leeum Museum and browsed the contemporary and tradition art section. I wasn’t allowed to take photos, but once outside, I did get a lot of street art. 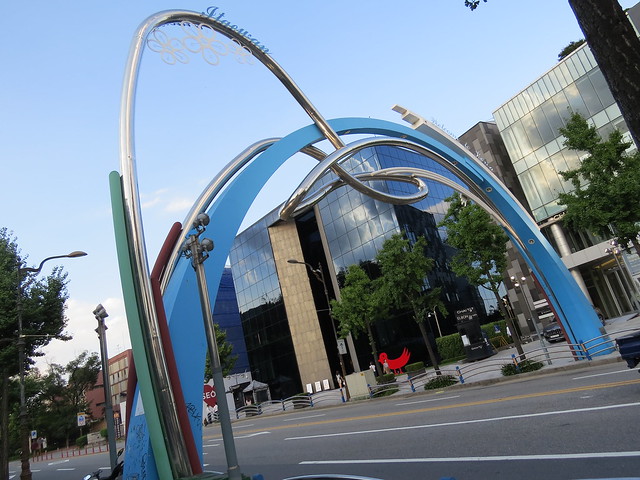 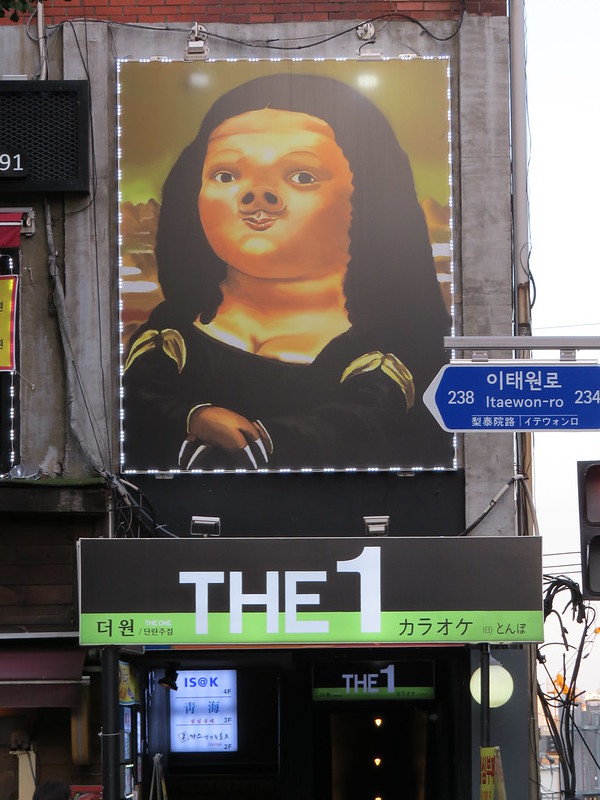 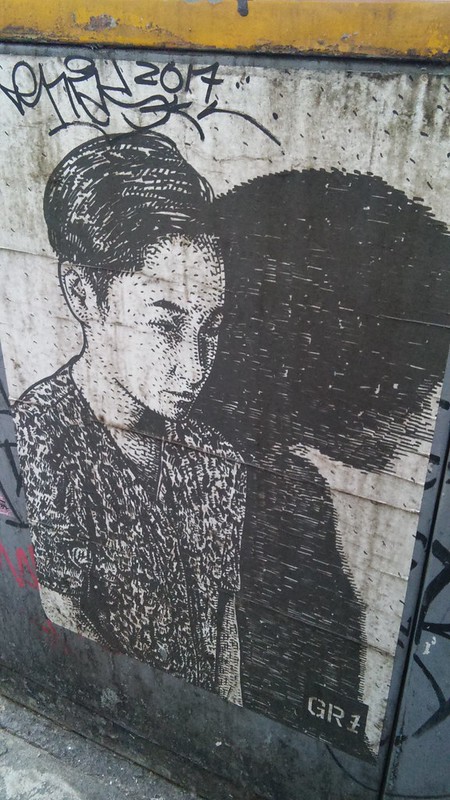 When my group arrived, we walked around to gauge the people and snap photos of advertisements before eating at a Turkish restaurant. The food was really good and a little salty. But the people were really nice. We did some comments on our food. Critiques. 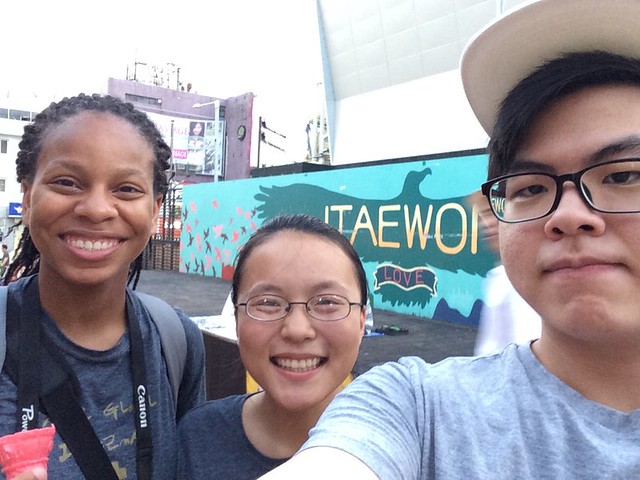 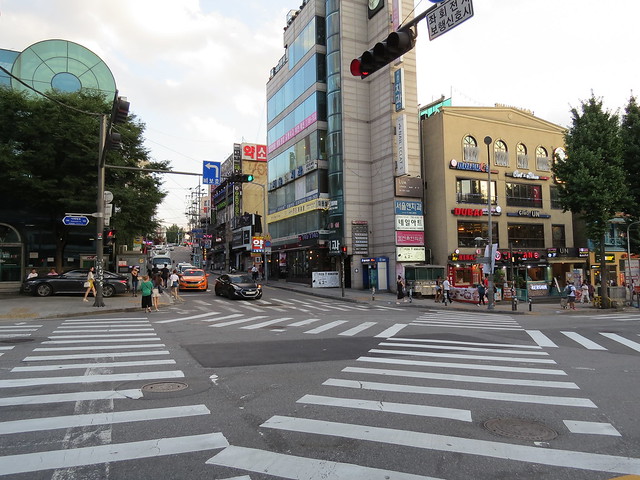 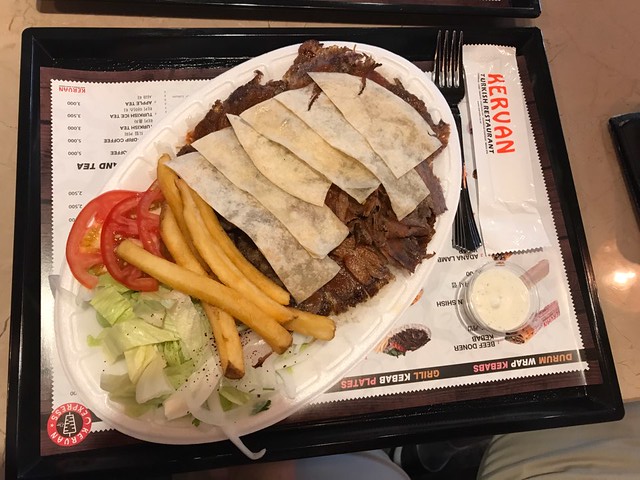 Outside, we went to get some ice cream. It was funny because you had to work to get it. The man selling did cool tricks and kept taking it from us before he finally handed it to us. The ice cream was very thick and sticky but really good. (You can see what the man was doing in the video below).

Before the sun went down, we took a taxi back to the hotel.