“I don’t care how much money you have; free stuff is always a good thing.”

A bit of a dreary day today. My video editing professor came in to tell me the hiking trip was canceled due to rain, so we’d schedule for a different time. Hopefully, the weather will be better.

Besides that, I went to work as usual. The day actually went by quick, but was stuck in one place for the whole four hours. I didn’t even bother to get up and eat lunch. One, because I’m poor, and two, because I felt like saving my little money because I was poor. (For breakfast, I mooched off a friend an took free breakfast coupons from another). I drew on the whiteboard to satisfy my hunger. 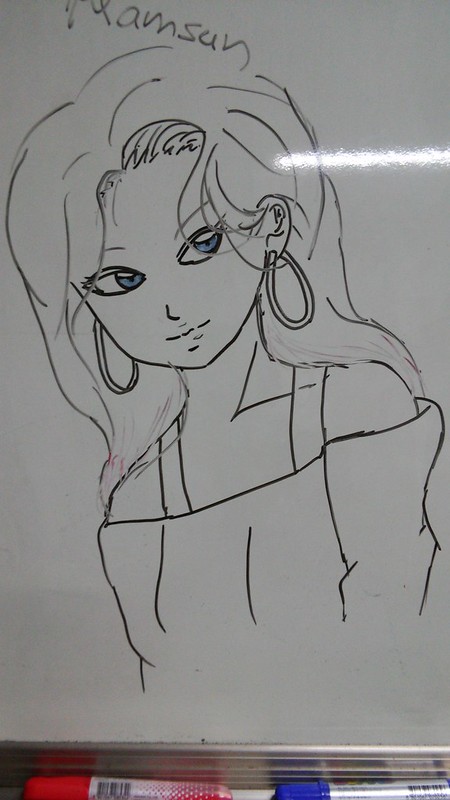 However, lunch wasn’t the only thing I missed. After work, I went to the train station to go back to the hotel and missed my train. Why is that? You probably guessed it. I had NO money on my transportation card. I was devastated and felt extremely foreign in a sea of domestics at that time. I circled in a frenzy after calling my professor to help. I don’t think she understood my struggle because she kept telling me to go to an ATM. 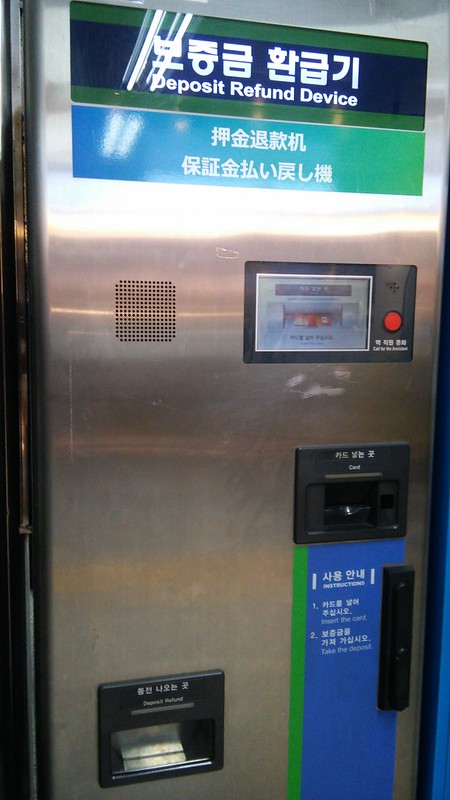 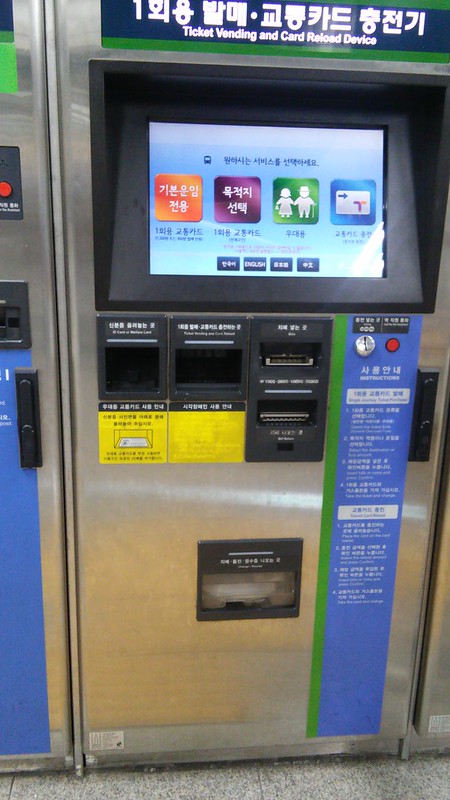 Then my saviors came.

A part of me is happy for looking like a lost and distraught puppy, because a Korean woman and young man (I assumed was her son) came up and asked me if I needed help. I told them I only need 1,000 won (only $1 -_-) to get back home. They immediately took me to one of the machines in the station and put 5,000 won on instead. I was so overjoyed and relieved, I started crying and thanking them over and over again. I even hugged the young man. I waved goodbye and hopped on the next train. Even now, I wish I could have given something back to them.

A few hours after arriving back at the hotel, one of my professors gathered a group of us to go to a Bibap Chef Show. (Not a good show to go to when you’re STARVING!) 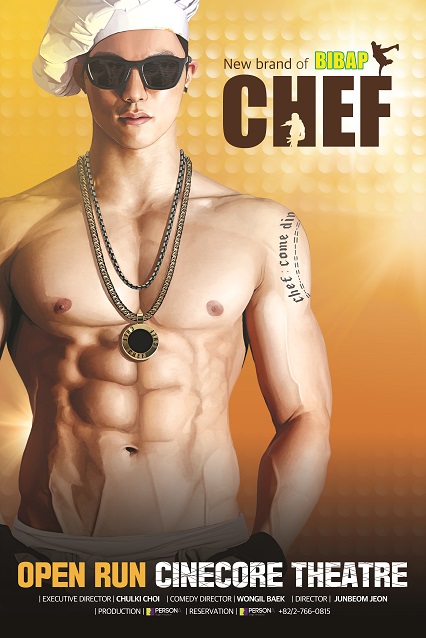 The show was a comedy revolved around cooking. I guess it was like a gag that contained singing, beatboxing, breakdancing. The professors took us to the theater and bought (I think) seven of us tickets, but they didn’t go themselves. I was so happy! (Not that they didn’t go). They didn’t have to do that.

(The people in charge of the show told us not to take pictures, but . . .) 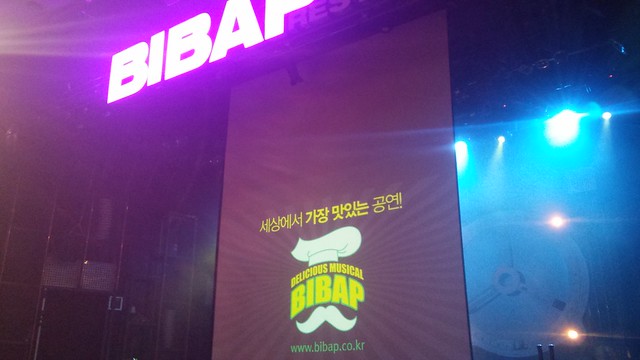 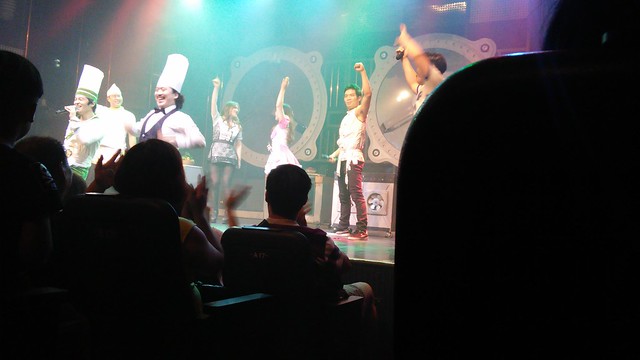 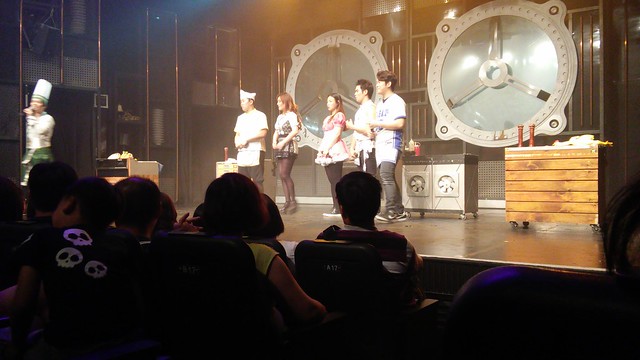 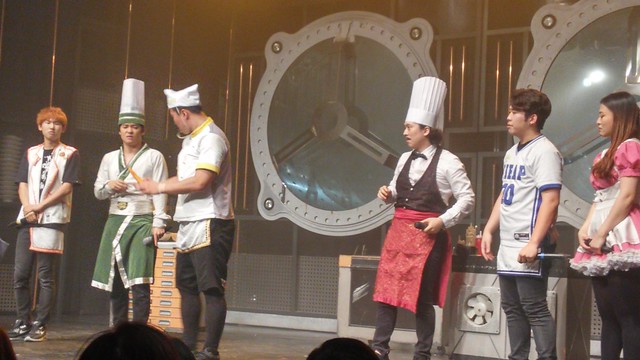 And the show was HILARIOUS! The actors brought a lot of people from the audience on stage. Most of them were really nervous and looked extremely uncomfortable. At one point, they brought up a man and a woman who didn’t know each other and set up a date scene. Imagine how they felt when the cast wanted them to kiss. (Pretending of course). 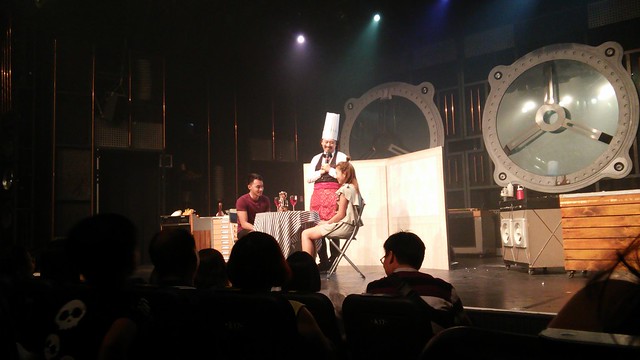 I couldn’t contain myself when the actors chose the most American looking boy from OUR group. Mind you, the guy they brought onto the stage couldn’t dance to save his life. And what did the cast make him do as soon as he touched the stage? Well, dance of course, to choreography he had never seen before. It was hilarious watching him move as stiff as a board. The group and I were laughing so hard, our sides cramped, and I forgot how hungry I was.

For his participation, they gave him a small bag. I jumped at it thinking it was food, but it was a simple souvenir water bottle. I had never been so disappointed in my life.

The show lasted about an hour and thirty minutes, ending with a dance and beatbox finale. As a whole the show was excellent. I wouldn’t mind going again. 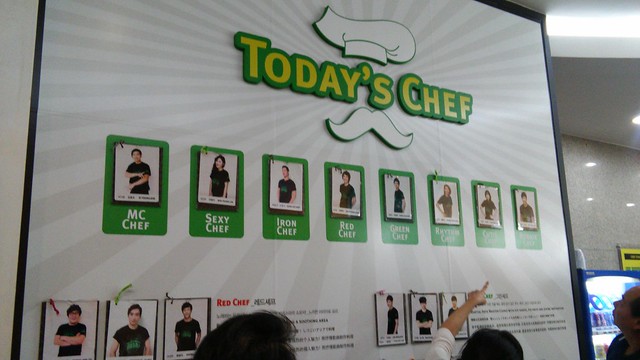 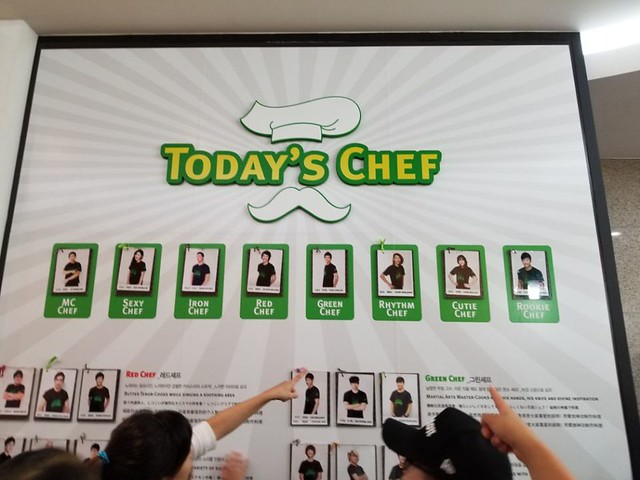 And of course, I took videos:

Oh, and to end the day, to satisfy my hunger, I ate gummy worms a friend bought me, which was funny because she had no money too! But apparently she had enough to save my gut.