Money talks, but all mine ever says is ‘goodbye.’

I can cross off yet another place on my “Places I Want to Visit” list because today, I went to Insadong. As mentioned before, this place is a short walk from Myeongdong and a place with loads of traditional Korean crafts and products. I was given a little over an hour to explore, so I went all along the shops trying to choose gifts to bring back from my family. Insadong is basically one long street. It was really easy to navigate, so I decided to go up and down to figure out which shops interested me. I was scolded at times for eye shopping by the workers. Let me tell you, the workers are very aggressive. Not only will they stalk you while you shop, they will shove things in your face and say buy this! Then, they’ll try to make you feel bad when you don’t. (Not everyone of course).

After getting a feel for the area, I made my way around once again. This time to spend. I bought several t-shirts, bookmarks, envelopes, eating utensils, etc. etc. Now, I’m officially broke! Anyway, after doing a tone of shopping, the group and I met up and took a lunch break. I had dumpling soup which was really good, but I had to sit in a traditional style restaurant. I don’t like these places because I can never sit comfortably on the floor. Plus, I was in stiff jeans, so sitting Indian style was impossible. 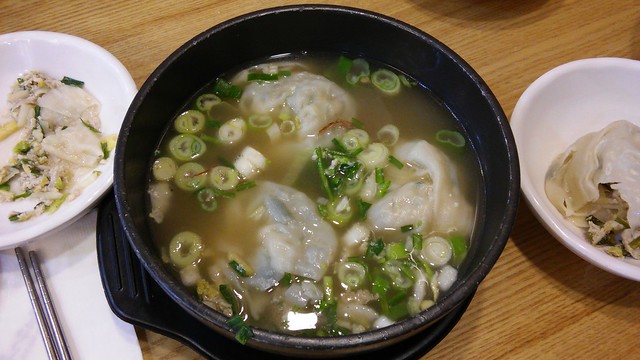 With our bellies full, we hit the streets of Insadong once more. My professor wanted to take us to one more place before going to the Han Cruise, however. On the way, we watched a man make dragon candy out of honey. He made over 16,000 strands. It was very impressive. However, when we told him we wouldn’t buy anything, the man spoke in Korean to my professor and said, “Why don’t you buy somethings?” But I think it was said rudely.

Anyway, the professor took us to this beautiful shopping plaza that spiraled all the way up to the fourth or fifth floor. There where shops after shop after shops. None of them really interested me, though. I only went inside some for the AC. 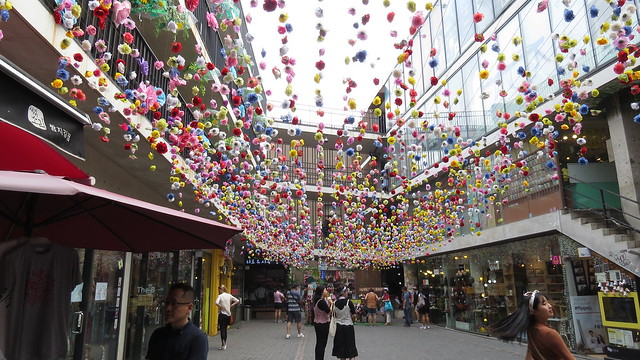 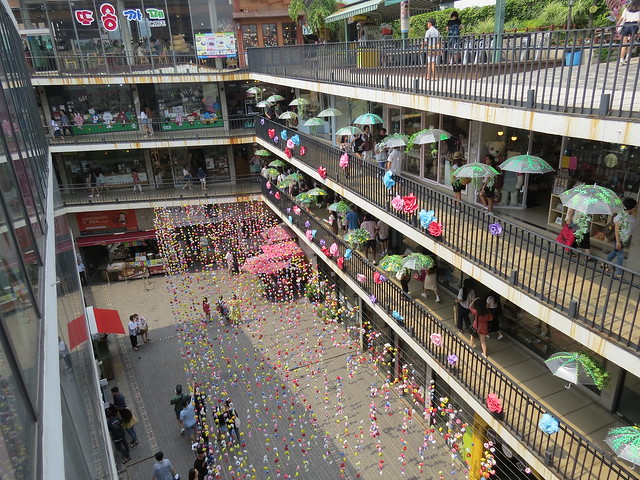 The professor gave us another hour to explore the place. When it came to meet up again, a few people didn’t make the deadline, so we were running a little late. We rushed to the subway and headed to the cruise that was thirty minutes away. (For some reason, we had to bring out passports). But we made it in time.

The ship we were on was used in a poplar K-drama. Businesses use that a lot when advertising something to attract more tourist, or at least anyone madly in love with the show. It’s very interesting to see. We as a group only went for the experience, though. And I was so glad for the opportunity (and the AC). After taking several selfies, a majority of us rushed to the top of the ship for feel the warm breeze tangle our hairs. We even had our own photo shoot; though, many people used me as their photographer. (Seagulls flew everywhere, so I kept getting them in my shots). It was actually very calming and very nice to be up there with everyone. 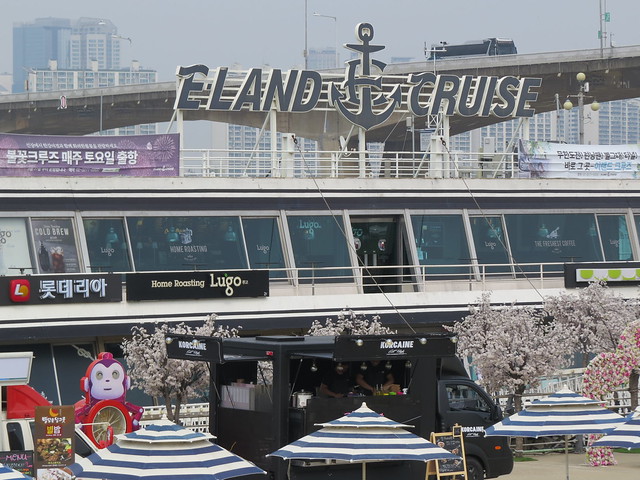 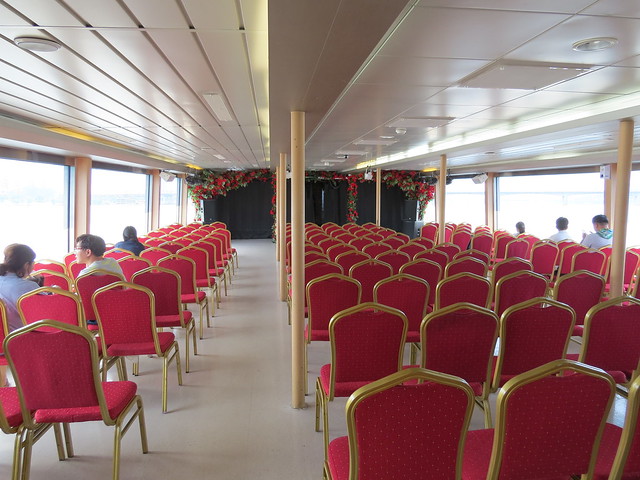 I don’t think my professor was feeling very well all day. Maybe she was tired. I’m sure she was happy when it was finally time to leave. Most of the group stayed at the cruise once it was over, but another girl and I decided to head back to the hotel with the professor. The professor called a silver taxi to drive us back. However, she said this driver was one of the worst because he fell asleep at the wheel, and the professor had to wake him up. Still, we reached the hotel in one piece.

It was too hot to do anything after, so I stayed in my room the rest of the day working on projects. My group debated whether or not to go to Itaewon to start on our group project, but that didn’t happen. So, we researched the history instead and called it a day.