Taking pictures is savoring life intensely, every hundredth of a second.

“Do my eyes deceive me?” I had to ask myself this question today because for the first time since I’ve been here, I actually saw the blinding sun and the gorgeous blue sky, but only in the morning. However, that was enough for me to go and explore Ewha’s campus. I asked my mentor if, instead of typing away in a lonely room, I could go and explore the campus while taking video and photos. She said yes. 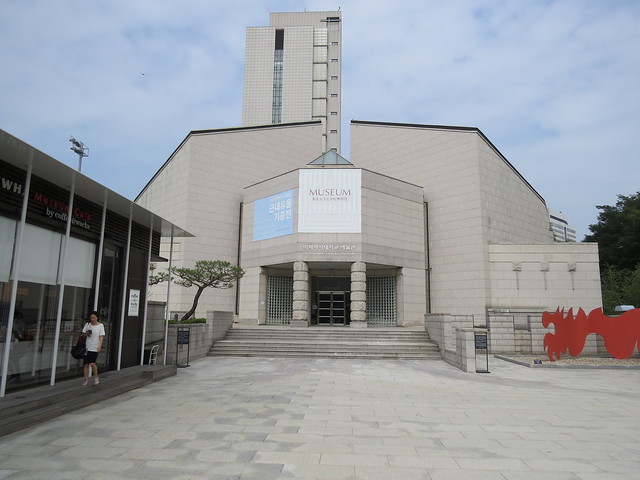 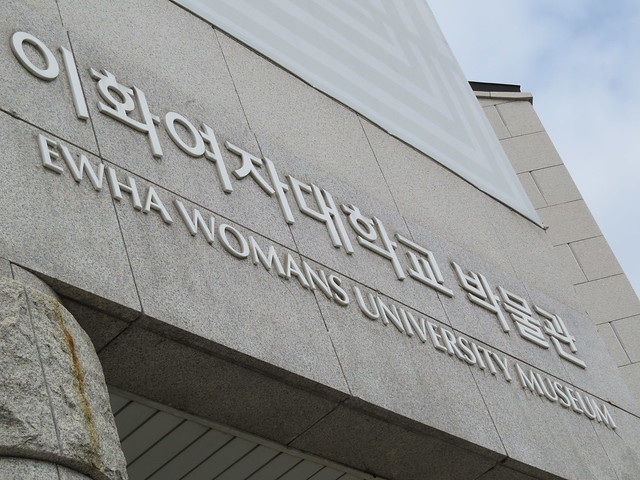 The first place I went to was the Ewha Museum. It was a simple place with halls filled with artifacts and pottery. The crafts were really beautiful and very interesting to see. I think my favorite sculpture was a wired vase that loomed beneath a spotlight. There were three floors to this gallery, but I only explored the first floor and the basement. I was in there for over an hour creeping around and snapping photos. It felt good, though, to actually be moving. 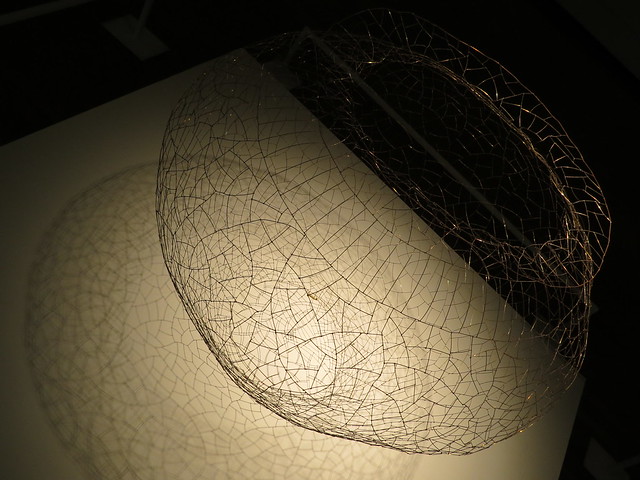 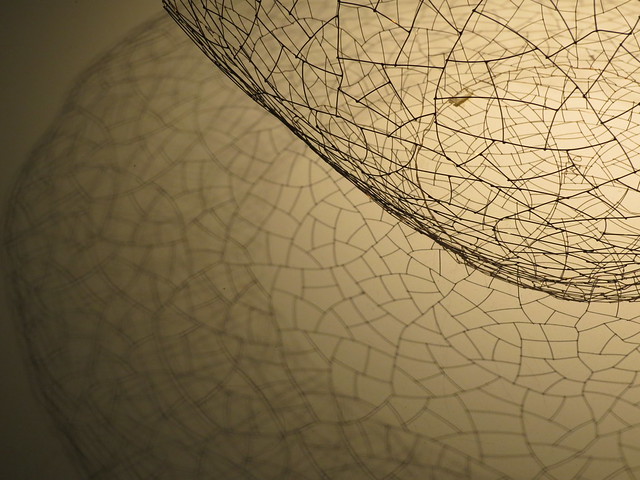 Next, I went up and down the Ewha shopping street taking videos from end to end for a later editing project. I got a few looks from doing this, but I’m used to it. Plus, I was searching for potential stores to buy gifts. I wore jeans during this blistering day and gruesome task, so I was a tad bit miserable and questioned my life choices. To keep myself going, I bought two rice balls from a guy selling on the street. They were really good, and the man was very smiley. Very friendly and charming guy. 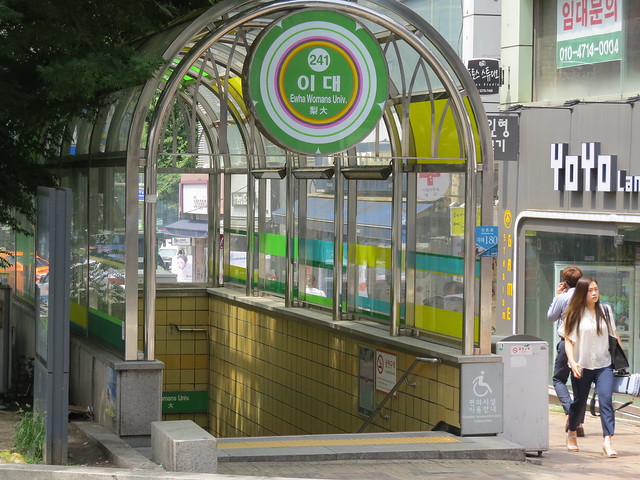 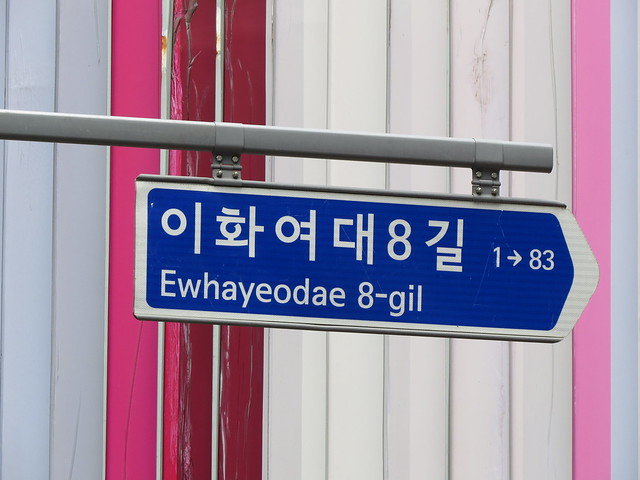 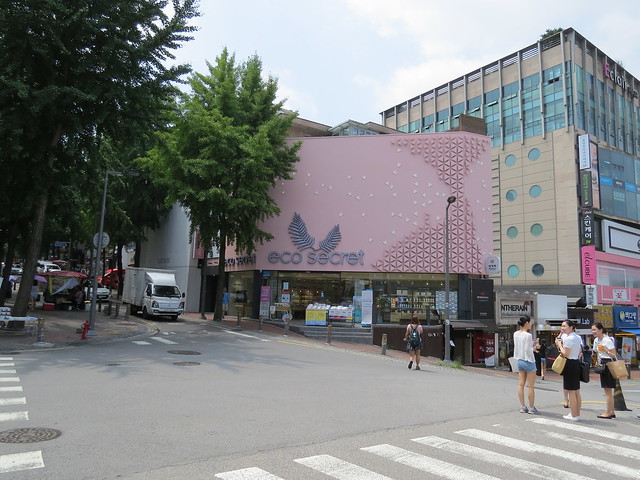 This is a memorial dedicated to the victims of Japanese military sexual slavery in WWII: 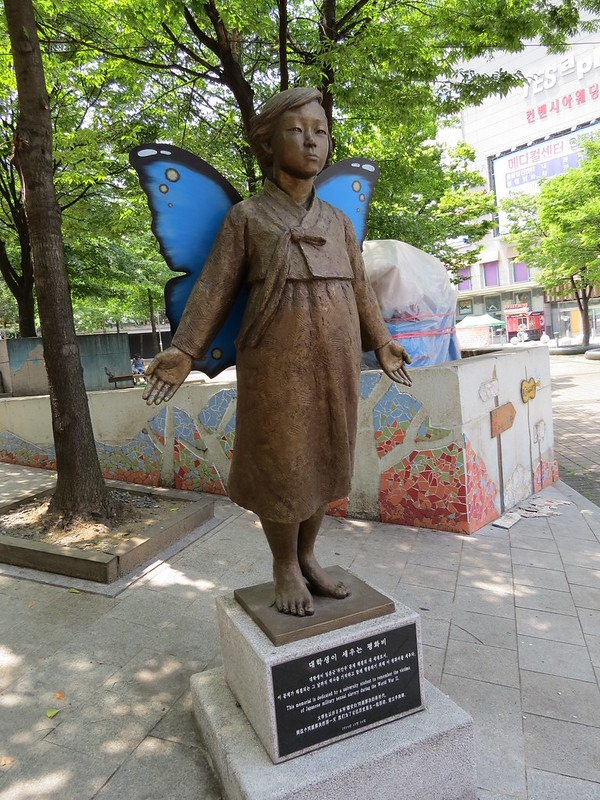 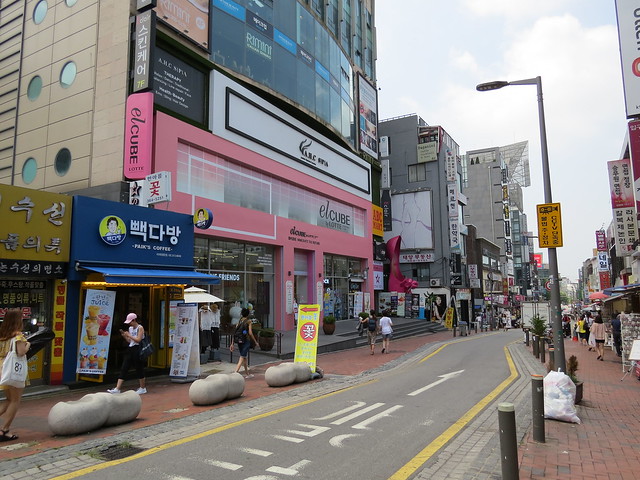 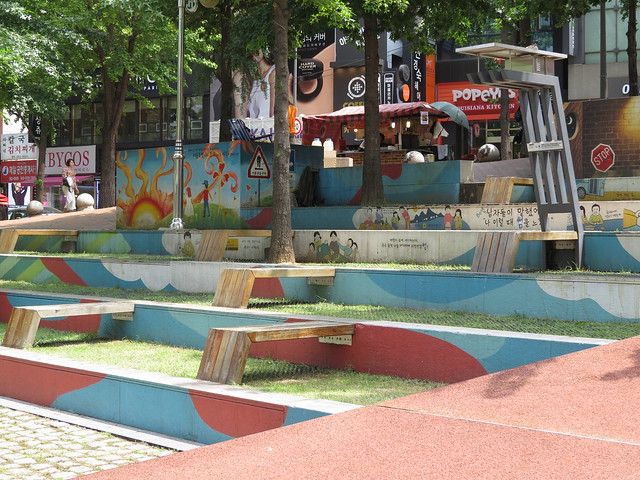 Then, I went around the main campus, climbing steep hills to take more videos and photos. 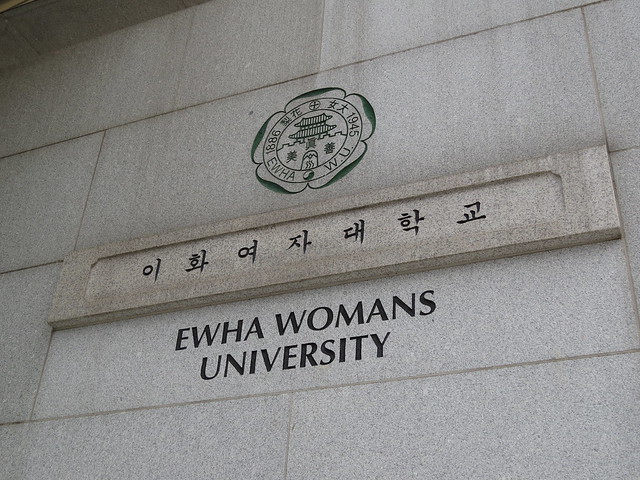 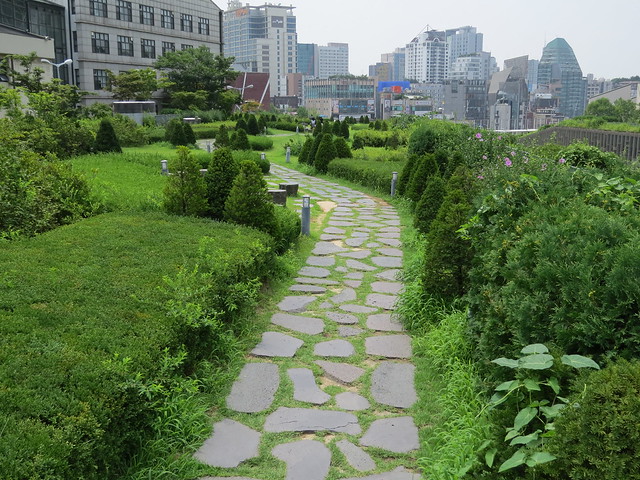 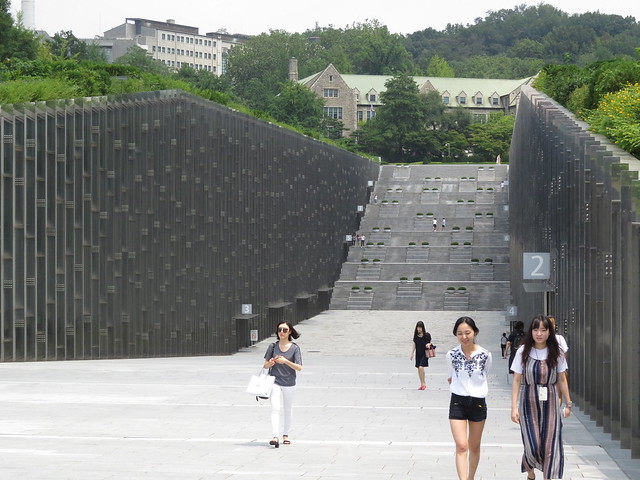 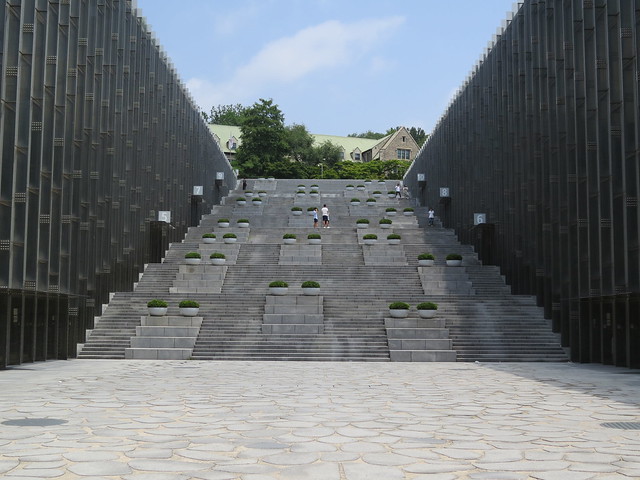 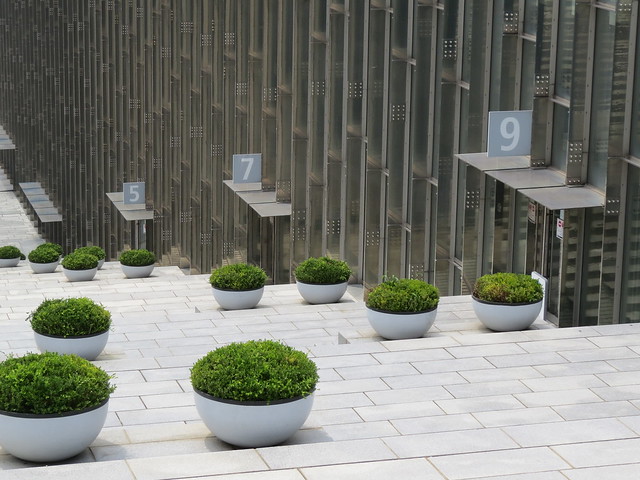 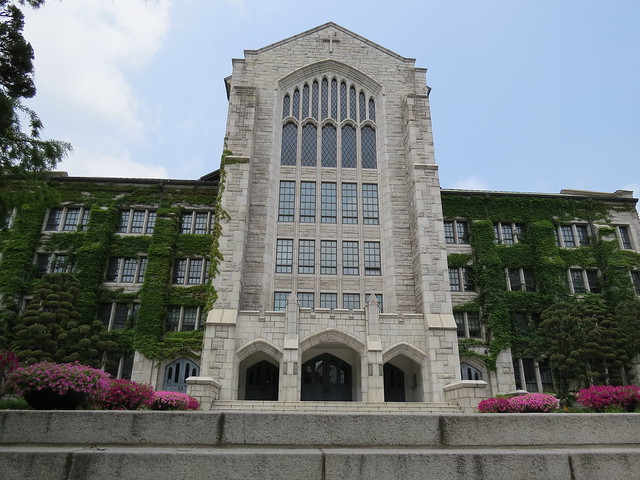 This is where I work: 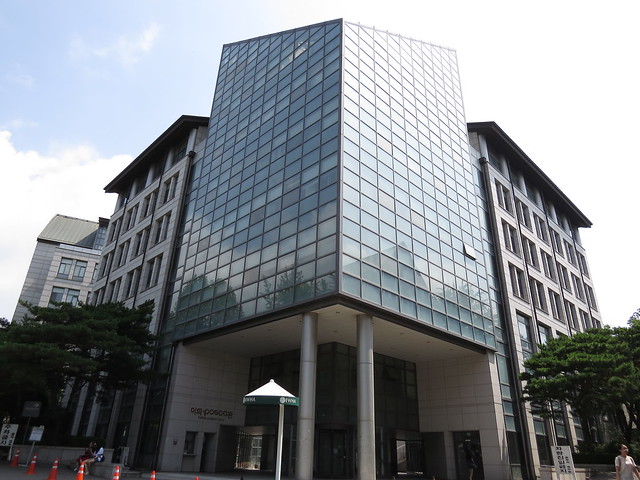 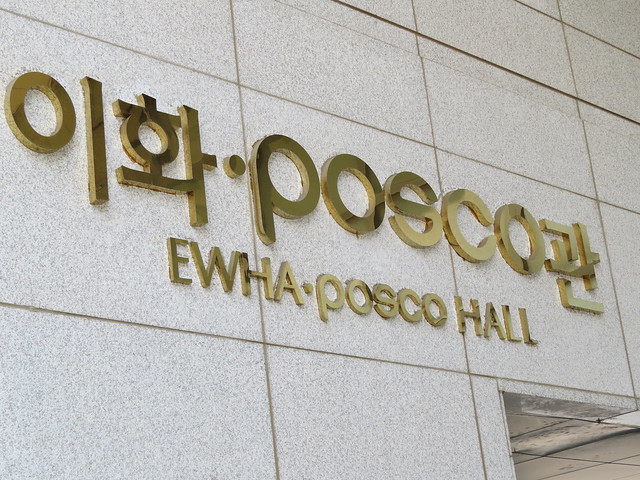 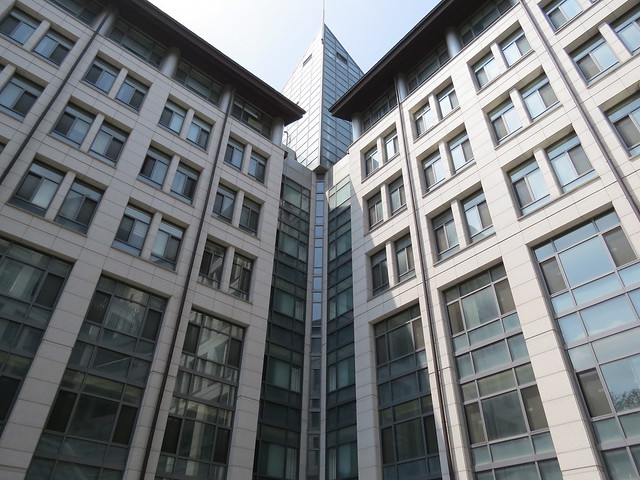 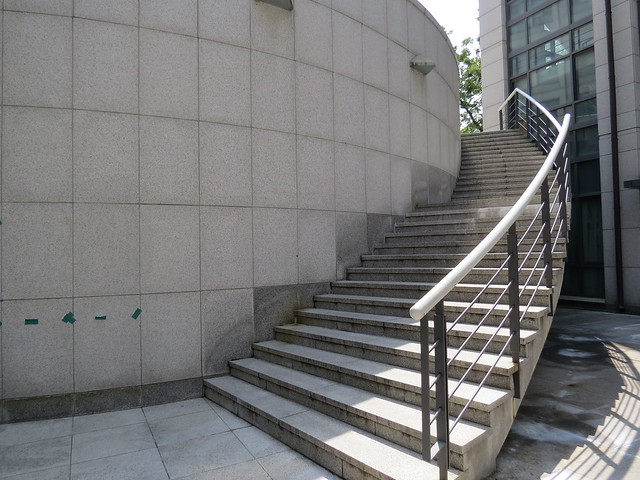 There are so many hills, it’s no wonder everyone at Ewha is so skinny. (My quads will be steel by the time I leave here). Anyway, I ended up going back to the Ewha Archives the two Ewha students and tour guide took me to, but this time was stickily to take photos. This was the last stop on campus, however. After a very hot and grisly day, I finally decided to upload all of my photos and videos and go home. 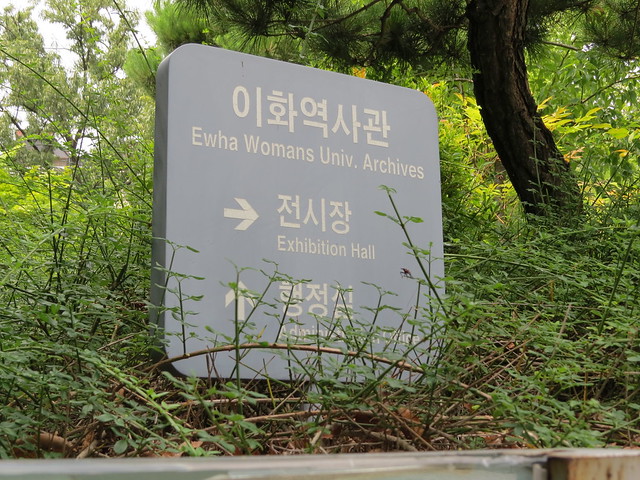 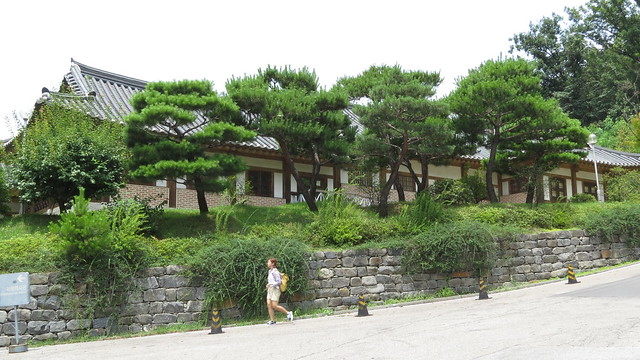 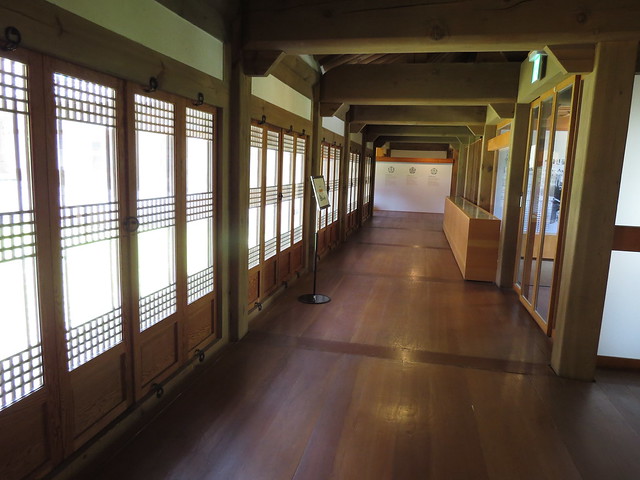 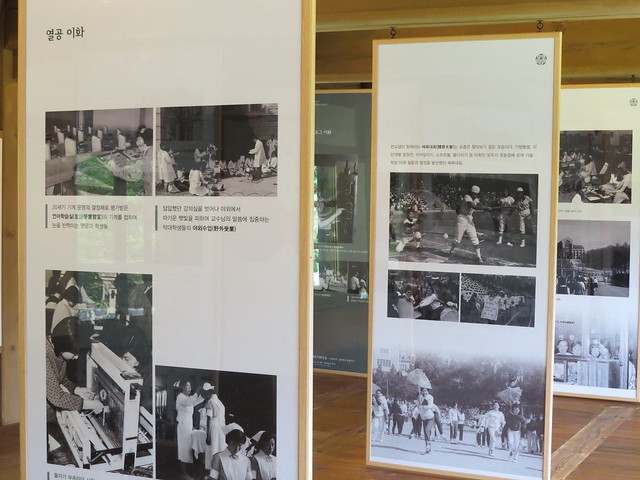 There was no Wednesday class today. Instead, each Purdue student had an individual meeting with our head professor. I decided to do my laundry while I waited for my appointed time. Laundry costs an arm and a leg. There was a paper soap dispenser, but I could only use coins. When I used a machine to exchange bills for coins, it wouldn’t take the bills because it wasn’t straight enough. (It was straight to me). I ended up having to trade 10,000 won for twenty 500 won coins. Normally, I wash three loads: whites, darks, and lights. After I got my paper soap, I decided to combine two loads because it was 3,000 won per load for both drying and washing (separately).

While my clothes washed, I went to the meeting with my professor. Before it actually began, she asked me if I knew who the person who interviewed me about K-Pop was famous. She only asked because she said the people I ate lunch with on the first week of the program said she was. I don’t know about that, though.

But after that, it was simple chat, really. She had me tell her my good and bad experience so far. What did I enjoy? Were we doing enough activities? Did I make friends? Did I take a picture of my mentor? How was I getting along with the group? When it came time for her to ask me on how the program could improve, I really had nothing to say. She thought I was lying though because I put my finger to my ear. The professor said it was OK to voice my opinion, but I told her I didn’t have my own, just the opinions of other people. So, I told her about that (how the speakers did really pertain to our overall professional development).

After my meeting with the professor, I talked to a few friends, finished washing my clothes (which were still damp), and tried to dodge and kill mosquitoes. Then, I went to put my clothes in my room before heading out to dinner with a group of friends.

Everyone, minus 1 or 2, went to ate Chimek at (Chicken) Derby. It was a large meal, but I didn’t eat much. (I had teriyaki chicken. It was awesome). 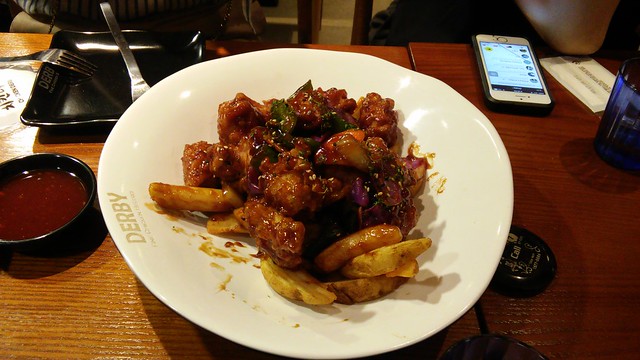 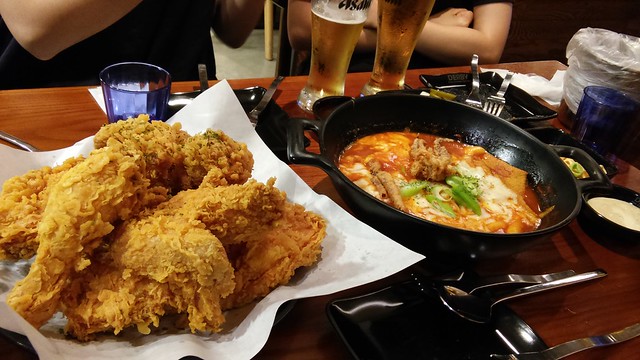 Around 9 to 10, everyone finished, and we all decided to go to karaoke. We had great laughs and danced in small groups (some of us). They little light show we had in the dark room made it seem like our own little party. But little by little, people started to leave until there was a small group of us. Even so, we sang until our voices throbbed. I’m not sure if I’ll be able to speak tomorrow XD.