Film editing is now something almost everyone can do at a simple level and enjoy it, but to take it to a higher level requires the same dedication and persistence that any art form does.

Today was almost a replay of yesterday. I was stuck listening to and downloading Korean songs by Suran. Her voice is so angelic! And it kind of reminds me of Michelle Williams. But during work, Kristene and I took a tour of Ewha’s campus. Our tour guide took us to the university main gate and showed us a brief timeline of the university’s history. (I don’t know why I didn’t take any pictures. Maybe because it was raining). She showed us the same video we saw with the international vice president, too. Then, we toured the ECC building, which is the big underground glass building I walk through every day. I didn’t know it had an underground parking lot or a theater, though. After, we all went to the Ewha history museum I went to yesterday with the two Ewha students wanting to practice their English. However, the tour guide gave a little bit more information about the past history – Ewha girls continued to study during the Japanese invasion by moving to Busan, they relocated to Sinchon, and dorms where made for the girls so they didn’t have to go back home to be wed.

After the tour, Kristene and I went straight into our media lesson. Today’s lesson was video editing with Premiere. It was a lot to take in. Professor Lee took us to a Mac lab. I don’t use Mac, so it took a few minutes to get used to it, but he taught us the differences between DSLR vs HDV vs UHD. After showing us the basics of Premiere – timeline, markers, titles, sequence, importing music and photo documents, exporting, transitions – he gave us the task to make a video using only sample pictures. He gave us about and thirty minutes to an hour to play around with the program, then had us how to export the video. This was my result:

Overall, he said my video was very good and that I had potential because my video was perfectly timed and a little creative. That made me happy; though, I don’t think I see video editing in my future.

This was Kristene’s last day at the university before staring her own internship at Arriang TV, so Professor Lee told her goodbye and  told me take pictures and short videos during the weekend. He said the three things to keep in mind when filming are drama, fun, and something else I forgot. (Maybe keeping the story in mind).

In the evening with the group, we went to the same restaurant we went to yesterday. None of us spoke Korean though, so we were doing charades trying to get or needs across. Afterwards, everyone wanted to go clubbing, but a lot of people didn’t feel like because it rained again. So, we all hung out in each other’s rooms – we made plans to go to a large water park called Carribian Bay – until the early morn. 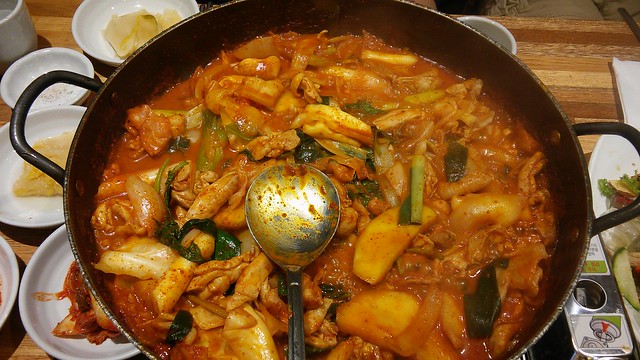 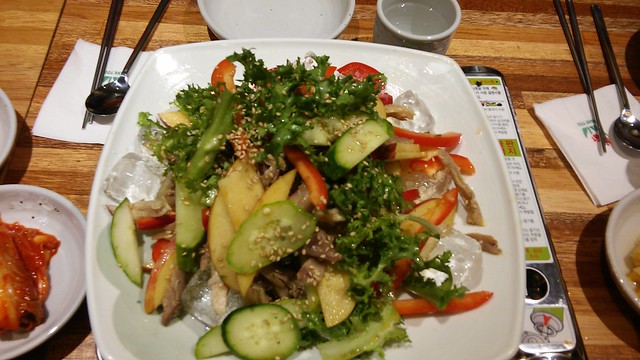