A summer internship is a great way to learn how people at a company pretend to work.

I was pretty excited to start my first day of internship. I dressed up in business casual and met one of my professors in the lobby so we could go to my company together. In order to practice my commute to work, she had me lead her all the way to Ewha Womans University. It was pretty easy to navigate because the train system is color coded, and signs are everywhere. When I reached Ewha University Station, we bet up with another girl named Kristene. She participated in this same Global Internship Program a year ago. 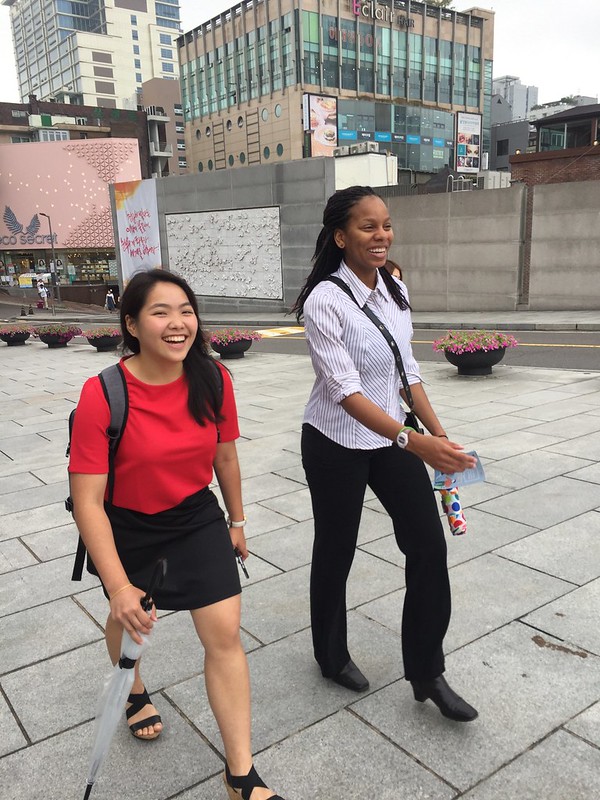 All three of us walked from the station and through a busy street that had a bunch of shops, cafes, and restaurants (All of it is a part of the campus) until we reached the Ewha Gate. The university is so gorgeous, and very hilly. The campus reminds me of the steep San Francisco hills a little bit. Anyway, I had to go up a few steps and hills to reach a building called POSCO, which is where I will be working every day. We waited at the top floor of the building at Nescafe. There, I met Professor Park, my boss. (She also told me I could call her Kyosu-nim, which means professor). She asked me questioned about myself and talked about how she was fascinated with the agriculture in America, especially the three-year cycle method when a farmer plants corn one year, beans the next, and nothing the next. Then she talked about the soil being called “Black Gold.” It was interesting to her because the soil in South Korea is a bit yellow. So, when children in South Korea color soil, they color with yellow or brown, but kids in America color with brown or black.

After introductions, Professor Park introduced me to my mentor for the month, then proceeded to tell me what I would be doing during my internship. I will be working with Kristene, but only for a week because she is leaving for a different company. After she leaves, I will be on my own. They showed me a media room and introduced me to a man they said could help me with photography and video editing. Then, they showed me the computer lab and told me that was where I would be working. Apparently, I don’t have to do much. They said all I had to do was blog about Korea. They said I could even practice my Korean while I was there. However, I have to be available so I can help other Ewha students practice their English. 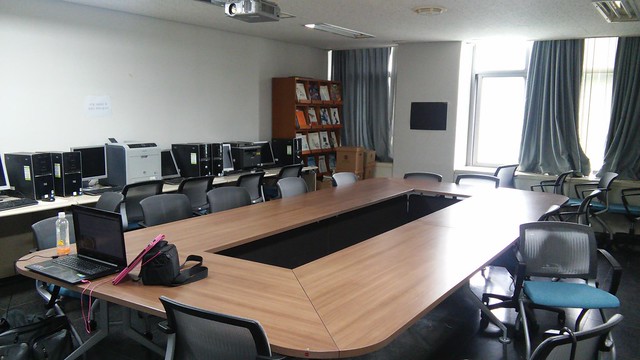 My mentor is worried since I will be the only one working after a week. I told her I didn’t mind because I always worked alone anyway (which doesn’t sound right now that I say it). But she looked up a bunch of eating places and art museums and exhibits I could visit during my time here since I’ll be off work early. Kristene, a Malaysian girl (I don’t think I’ve ever met one), offered to take me places too. She told me about a Korean pop store and I told her there was a guy in my group who loved K-Pop. So, she asked if he was gay XD. We had a good laugh over that.

That was basically my first day of work. Kristene and I went to eat lunch after because she really wanted me to try a dish called Jjimadak. It’s basically soy sauce chicken with potatoes and glass noodles. It was really good, but I was afraid I would choke on the noodles because it was so slippery and chewy. 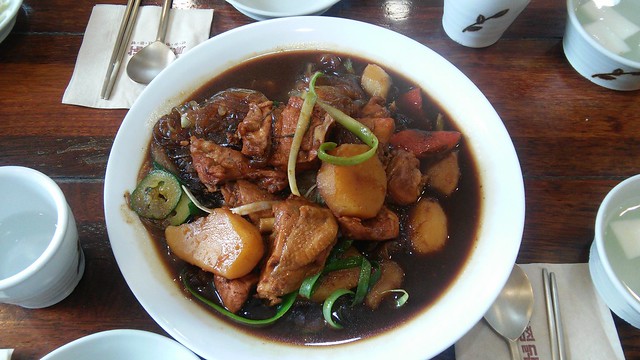 As we ate, Kristene and I chatted. I asked her how she learned Korean, and she said she was self-taught from watching a lot of Korean TV. I won’t lie. I feel very discouraged learning a language, but I was just curious how she learned.

After, she decided to take me to an art store on campus. But she was waiting for her friend to come and join us. By this time, I was already sweating like crazy, and my shoes were killing me, so I suddenly grew very irritated. We walked to the art store so I could by a sketchbook and manga paper for work tomorrow, but I didn’t want to be by anyone. So, I said my goodbye and went back to the hotel. 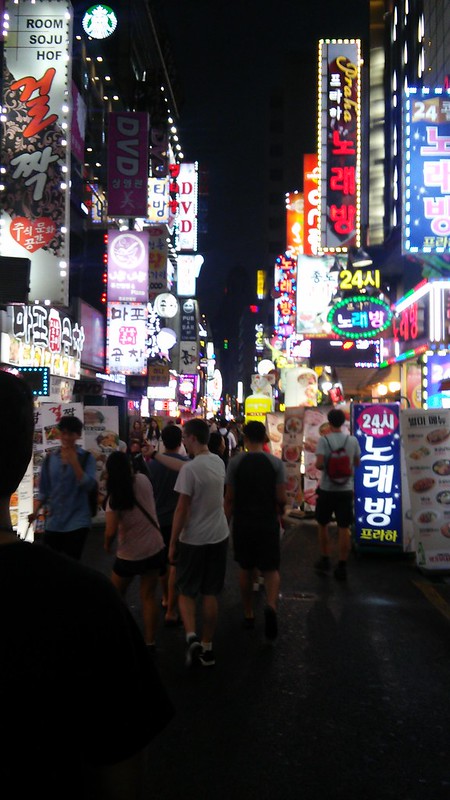 But as soon as I got there, my friend quickly invited and all of my peers out to dinner. We ate at a place called Goobne. We only ate four types of chicken. Everyone else ordered a huge pitcher of beer and went to town. I had a headache at the time, and everyone talking loudly wasn’t helping. (I keep getting headaches. I don’t know why). But it was all fun. I didn’t feel like myself, though. I felt like I was irritating people or being too sarcastic and crude. So, I was really happy when I returned to my hotel for some downtime.

Now, I’m not sure what to expect for tomorrow.