And suddenly you just know it’s time to start something new and trust the magic of beginnings.

After packing up, cleaning the apartment, and going to the movies to see the new Transformers with my mom, I was off to Seoul, South Korea. And yet, I would be lying if I told you I was excited. To be honest, it just feels like I’m going to another place – like I’m going across the street from my house. It’s weird.

I went through the Chicago International Airport where I met half of my peers and two of my professors, who are also in the Global Internship Program. We flew together for 13 hours, landing in Seoul at 3 in the morning. Not even out of the airport, I got looked up and down by some Korean guy in a blue suit jacket wondering up and down the hall. And by looked at, I mean he literally stopped in his tracks, made eye contact with me, and analyzed my entire body like I was a sculpture. 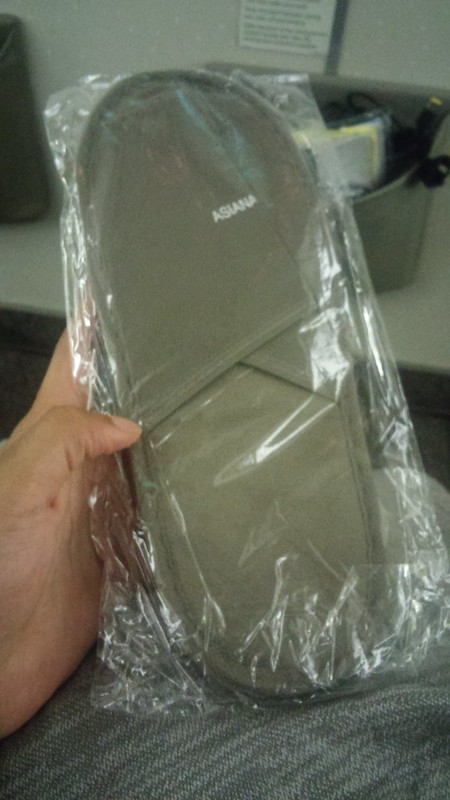 On Asiana Airlines, they provide slippers. 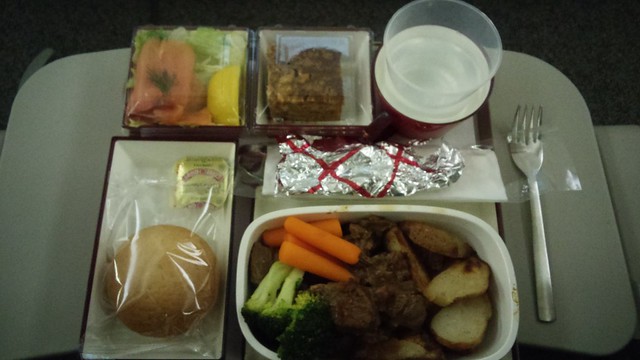 Asiana Airlines also gives you 2-3 full meals during the flight. 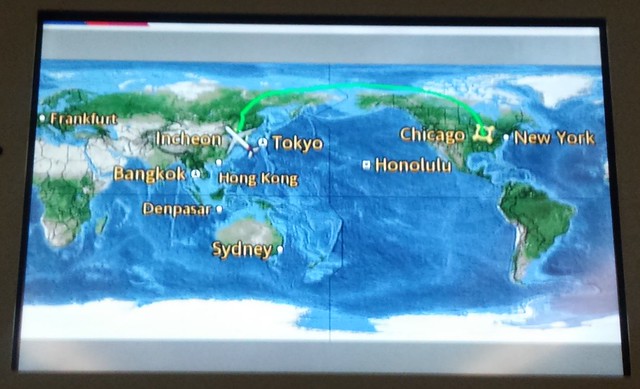 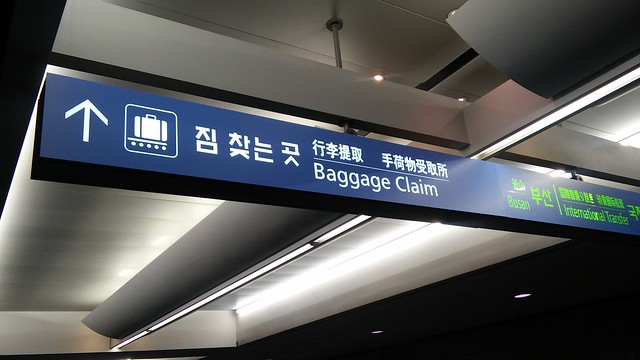 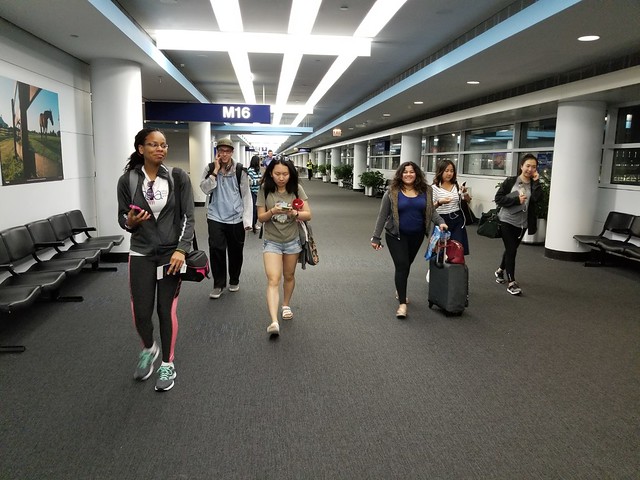 Our professor – bless her heart – hired a driver to take all of us straight to our hotel, which was about an hour away. As we made our way to Seoul, I noticed that Korans drive on the right side just like in America. Also, some of the road and billboard signs written in Chinese characters. I wonder why. But the major thing I noticed, was the pollution in the air. It’s so bad, you can barely see the sun in the sky. 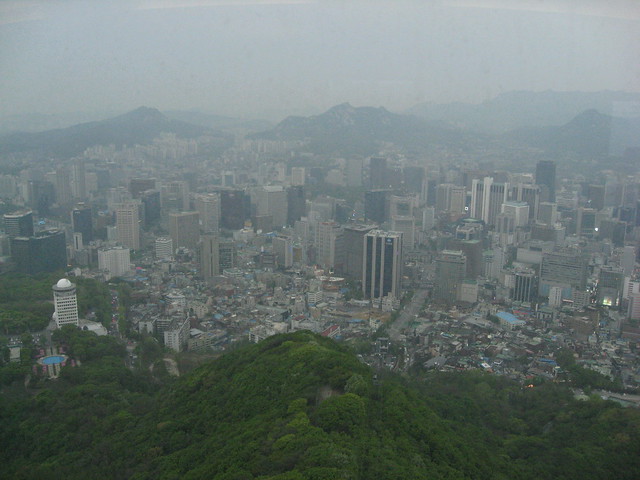 After arriving to our hotel, we had a few hours to spare until we were able to check in. So, the group and I went down the street and ate out 6 in the morning. (The streets were nearly empty). Inside, we ordered kimchi stew and was given a few sides. The soup was spicy, so I didn’t eat much. Besides us, there was another group of older people in there. They were yelling at one another, which surprised me because I thought my group was loud. I’m pretty sure those people were drunk, though. One of the two guys in my group who could speak Korean told us that the girl (or guy) was trying to get the other to have sex with them. They left after a while. 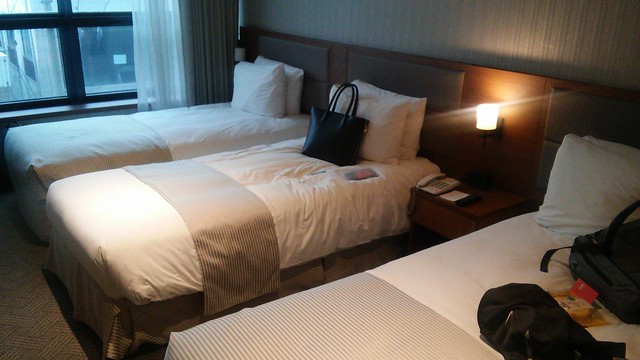 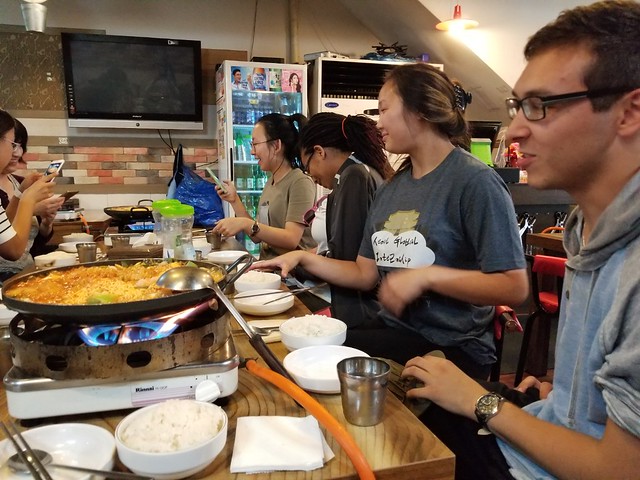 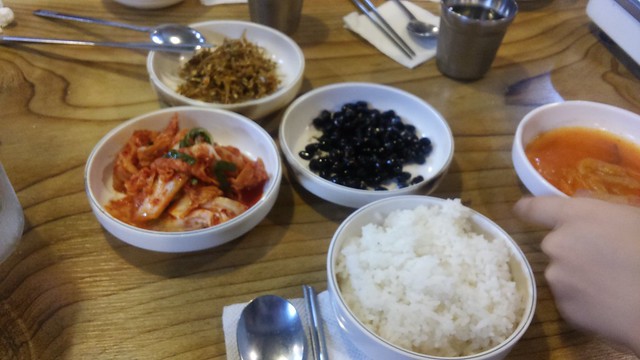 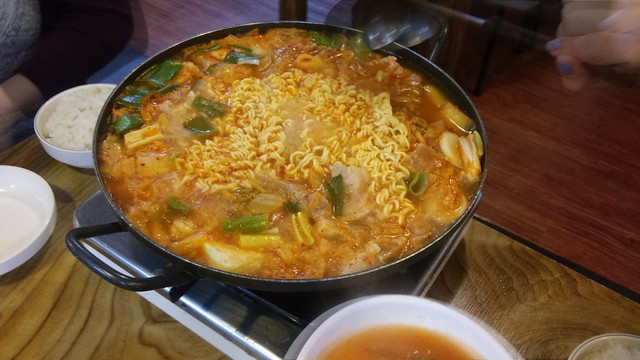 Back at the hotel, we gave ourselves a little tour of the place. We have a seven eleven in the building. In fact, seven elevens are all over the city. Maybe even two per block. There was a conference room where we’d hold our Wednesday classes, a computer room, and a small “gym” that could be called a storage room. They had laundry too, but it takes about 7 dollars per wash and dry.

The outlets here are different, so I bought an adaptor. When I bought it, the cashier held out one hand and supported it with the other. (It’s a respectful thing to use both hands when giving and receiving things). This was something we had learned in class, so I thought it was cool to see.

It felt like it was 4 in the evening, but it was only a little passed 8 in the morning. After checking in, 12 of 14 in our group decided to explore and shop Myeongdong. (Well, they shopped. I don’t like shopping). Myeongdong is a long street with a bunch of – mostly cosmetic – shops. South Korea is known for its great, speedy Wi-Fi, but we didn’t see much of that here. We went to a café so our starving friends could get breakfast. I felt bad, though, because we were taking up most of the seats, and only two of us bought something. On top of that, we were being the typical loud foreigners. (There are Angel wings at the café. An illusion, and it makes me curious because I’ve seen the image in a few places. I wonder what it means). 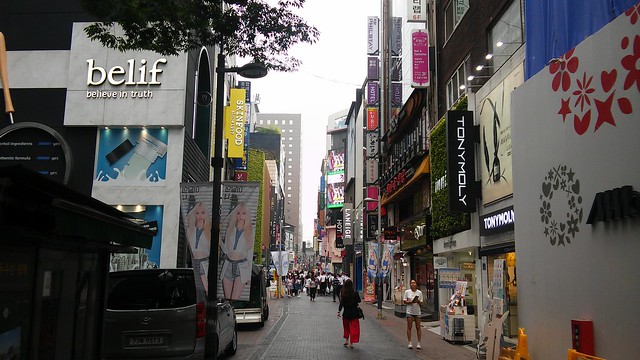 We went to a few stores after the café. I thought it was interesting to hear cursing songs play freely in the stores. I guess what they don’t’ know – or what they don’t understand – won’t hurt them. Everyone kept visiting cosmetic stores, and it started driving me crazy. Then, we all stopped to pose in front of a bear at the LINE (App) Store. 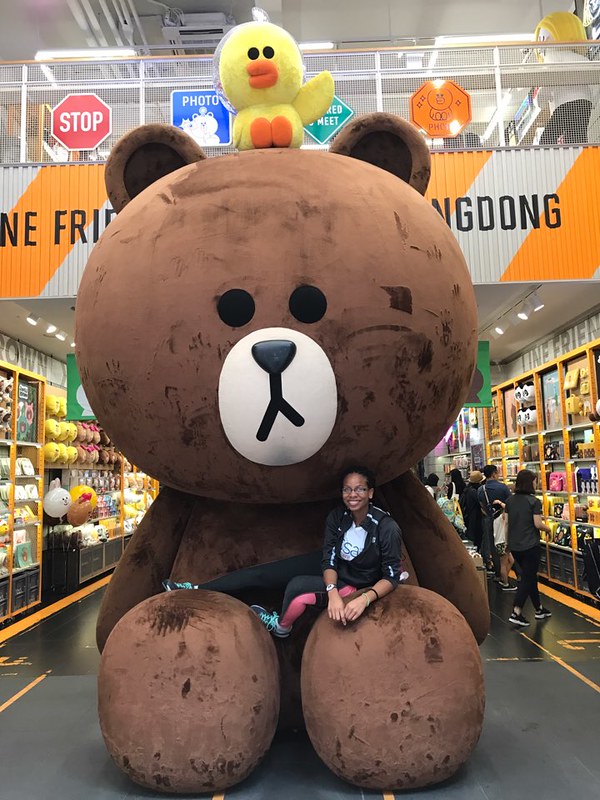 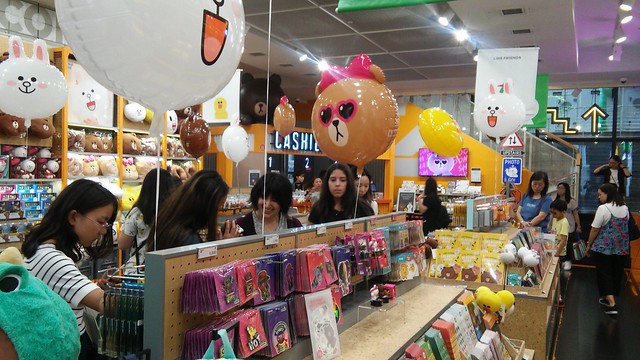 After a while, I grew a little irritated because everyone kept disappearing and splitting off from the group. After trying street food and hearing everyone lose their minds over the taste fish patty, I decided it was time to leave. My feet where killing me too, so I lead a few people back to the hotel.

A few hours later, we went down to the conference room and had a small orientation. The three professors reminded us about our upcoming internship and how we’ll have to find our way there ourselves. We also discussed the tour of Seoul we will do tomorrow; though, it looks like it will rain all day :P.

After that, all 14 – 13 actually; one left to visit family – of us tried to find out what we all wanted to eat. Buy no one could decide. Half wanted to eat Korean barbecue, but it was too expensive. The other wanted to eat fried chick and beer (which is a think in South Korea). So, the group broke off, and we went to eat our separate ways. Eight of us went back to Myeongdong and had Korean barbecue and a good chat. I tried Soju (Korean alcohol) for the first time. It was grape fruit flavored, but I only had a small sip. Even with that sip, however, my throat burned. I don’t know how people drink alcohol, but I don’t think I want to do it again. (During the meal, you cook your own meat. Our waitress cut our meat for us and left. When she did, one of the boys in the group who speaks Koran told me she was behind me, eyeing my hair. He said it wasn’t often that Koreans saw hair like mine. Right now, I have kinky twists). 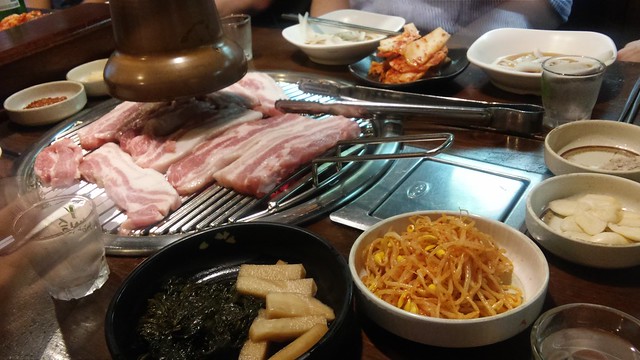 That was my tale for this blog. It’s been a long day. I’m exhausted, and I have mixed feelings about everything. I don’t feel excited for this trip, but I don’t feel worried. It sounds selfish, but I don’t know how else to explain it. I guess all I can do now is go with the flow.

One thought on “Day 1: Welcome to Seoul”