Money is not the only answer, but it makes a difference.

When my friend’s father went to South Korea, he nearly had a heart attack because the waiter told him his hamburger would be a 5,000 won. However, in Korean money, that’s only equivalent to 5 dollars.

Money in South Korea is called won (원), meaning “currency” or “coin” (it’s symbol being ₩). When Korea divided after World War II, the currencies did as well. Even so, they are both still called won: Southern won and Northern won. At the moment, 1 South Korean won is equivalent to 0.000873 U.S. dollars. How I choose to estimate, however, is assuming 10,000 won equals $10.

In South Korea, both cash and credit cards are used, but a card is used most. Though not all places in South Korea accept credit cards, a majority of businesses including hotels and restaurants accept Visa, Master Cards, and other credit cards. ATMs and banks are also available to exchange currency for won. (Sometimes, converting the currency at the airport is the best option because it gives a better rate).

Over time, Korean coins have been redesigned and replaced with smaller lighter ones. Koreans normally don’t like being paid in coins, though, especially in ₩10.

A stalk of rice

Through time, the bill colors have changed and received new designs. They have also become smaller; though, the higher the worth of the bill, the larger it is in size. Older bills can be used, but machines may not accept them due to their overgrown size. 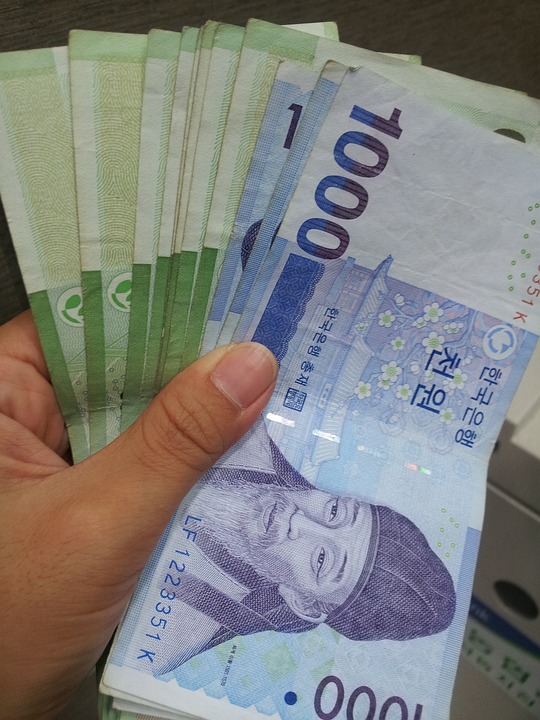 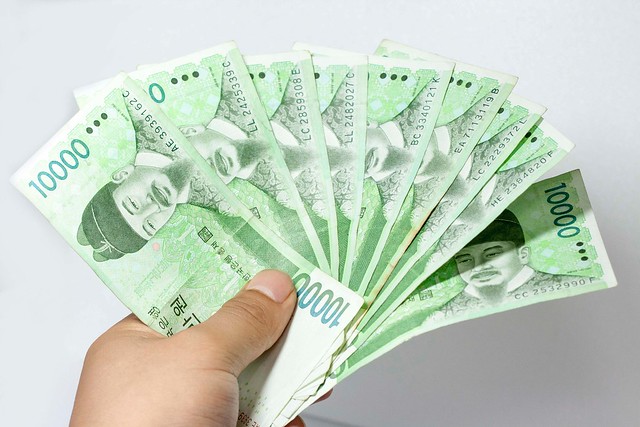 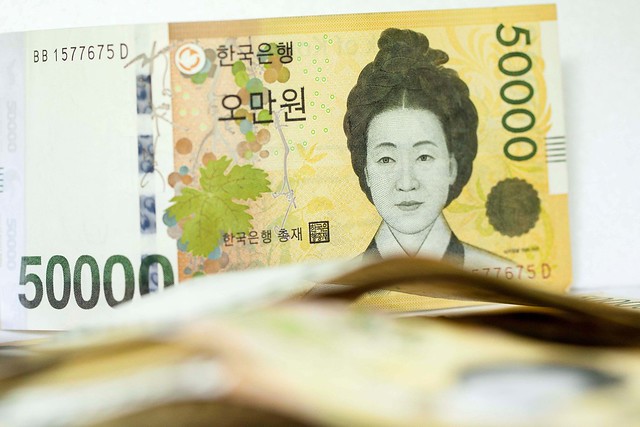