The Best Preparation for tomorrow is to do today’s work superbly well.

(Sorry for the time it took to update, but I finally received all of my pictures from orientation. You can view them on my Flickr account in the Orientation Album.)

I was the only AFS student aboard the Holiday/La Quinta Inn shuttle, so I hoped I was on the right one. Moreover, I hoped I would get off at the right hotel! Luckily, I did, and I was the first AFS student to arrive. I was so early, the staff wasn’t even set up for the day’s orientation. My hotel room wasn’t even ready. But it made since; the orientation started at 2:00 p.m., and I arrived at 9:00 a.m. But with that said, I was given an AFS T-shirt, and the staff took my passport from me so I wouldn’t lose it. The staff also took me to get some food from McDonald’s, so that made me pretty happy, considering the rumbling, growls, and twists in my stomach.

Then, other AFS students started swarming in. And talking to them was so natural. We all instantly connected, unafraid to talk about anything! I even met three artists who were all going to Japan and who all wanted to major in illustration and animation! And their art work was phenomenal! We all exchanged contacts in order to share one another’s artwork. Our exchange basically went like this: “You like anime and art? So do I! Let’s be friends! Here’s my LINE account.” We could not stop talking about art, anime, manga, or Japan. (“LINE” is an app commonly used in Japan for communicating with friends.) 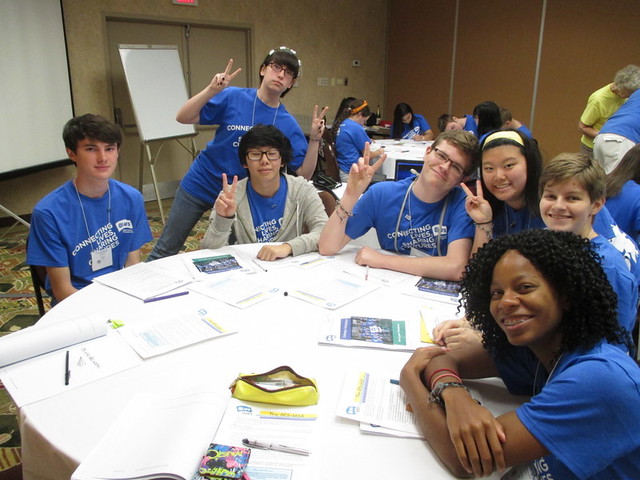 Me and My New Pals

Finally, the orientation began. Everyone there was American, but the orientation was held for Japan, China, and Indonesia departure students. Each and every one of us introduced ourselves, saying are name, school, school masscott, state, and program. For an introduction, we students were shown a video called “Where the Hell is Matt?” which showed this dude – I assume Matt – dancing with people from all over the world. As an icebreaker, we also made something that resembled what we were passionate about with pipe cleaners. After, we received our hotel room keys and paired up with our assigned roommate.

My roommate was so amazing. She also wanted to do animation. We talked and talked for so long that we were about five minutes late to the second half of the orientation. But it wasn’t our fault entirely; the staff told us a later time when it was actually an earlier one. But in the end, we were still late and nearly scolded because, in Japan, ten minutes early was on time.

Next, we made timelines for ourselves, trying to decipher the point in our lives that brought us to that exact moment. What on our timeline shaped our beliefs and morals? What decisions were made simply due to our culture? This activity was actually deep and emotional for some. We all have our own experiences: good and bad. 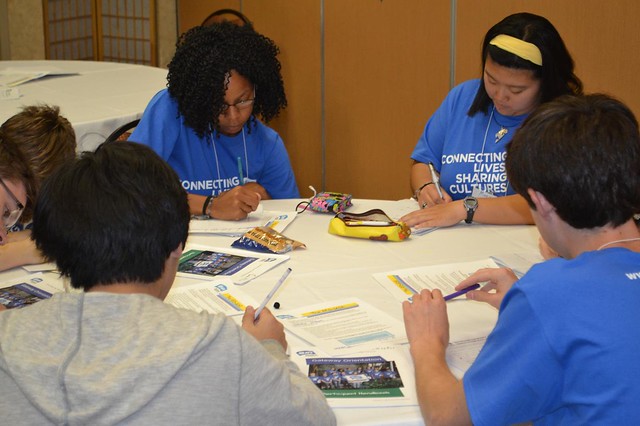 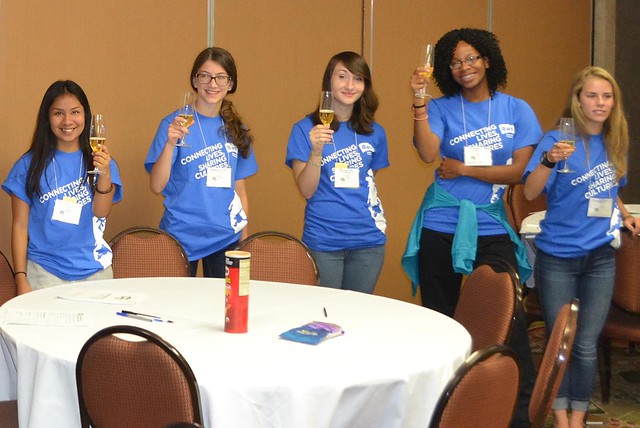 After dinner, a guest speaker and previous AFS member named Yuki came to speak to us about Japan. She talked about shoes and taking them off in the home, cleaning the classrooms after school, hierarchy in Japan, no questioning the teacher (apparently, the teacher is always right), squat toilets, and table etiquettes. Finally, to close the night, each and every student took an oath to obey AFS rules and to do all we can to get everything out of this wonderful journey would were about to go on. We all tied friendship bracelets around each other’s wrists and raised our Champaign (actually, apple cider) glasses, clinking each glass with each of our neighbors.  After that, we were released to our room to prepare and rest up for our long 16 hour flight to Japan.