Ego says, “Once everything falls into place, I’ll feel peace.” Spirit says, “Find your peace, and then everything will fall into place.

Learn to depend upon yourself by doing things in accordance with your own way of thinking.

What is that excessive beeping? was the first thought I had after waking up at four o’clock in the morning. Now mind you, I am an early bird, but for nearly two minutes, I could not distinguish that beeping sound as my alarm. Luckily after hitting the snooze button by accident, I realized it was time for me to get up and go because my flight in Indianapolis, which was an hour away, left at 7:25 am. So, I packed my bags in the back of the van, skipped out on breakfast, and my family and I were off. 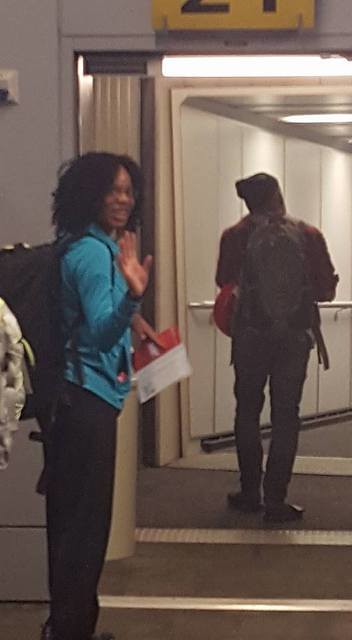 Me waving “Goodbye” to my mom

After arriving at the airport, my mother accompanied me to my gate, giving me a lesson on finding my way through airports. She really wanted to make sure that I would ask questions and look for signs. She wanted to make sure that I knew where to look for things because this would be the first time that I flew on my own. As we waited at my flight gate with only a cup of fruit and a single croissant in my stomach, Mom expressed to me how nervous my dad was. But don’t worry, Dad. I’ll be fine.

Then, it was time to say goodbye. I got up, hugged my mom, and went to board the plane. Before I did, I turned around and waved to her. The A’Dreana she saw leaving will not be the same A’Dreana returning. 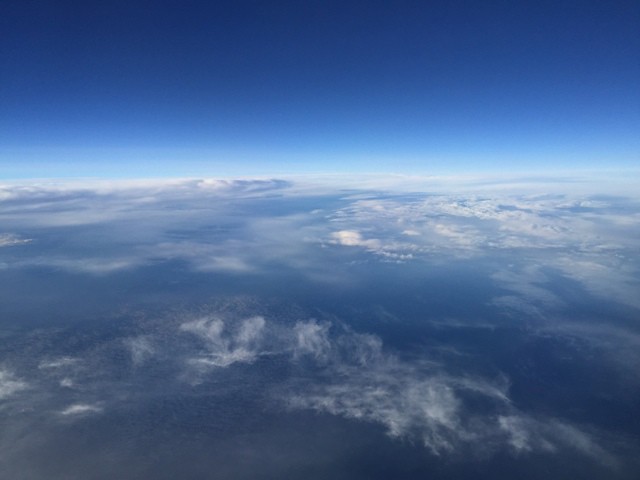 View from the window; it was like an ocean above the clouds.

My carry-on bag is huge! It’s a military bag that already carries about three to five pounds to it. When I got on the plane, I had to ask a man sitting next to me to help me stuff it in the compartments above my seat. But on the bright side, I know I have everything I need, at least for now. And since I am a minor, I decided to sit in the front rows of the plane. That’s where I met the sweetest lady. She told me about how she hosted students from other countries after I told her I was going to Japan. And this lovely lady stayed with me even after my flight to make sure I was safe and OK. She told me she had daughters of her own, so she accompanied me the entire time when I got off the plane and got my luggage. She even walked with me all the way to the hotel courtesy shuttle pick-up and waited with me for my shuttle to arrive. I could not stop thanking this woman because she made my journey through a large, foreign airport so effortless. As soon as my shuttle arrived, we said our goodbyes. And I was off to my AFS orientation location. 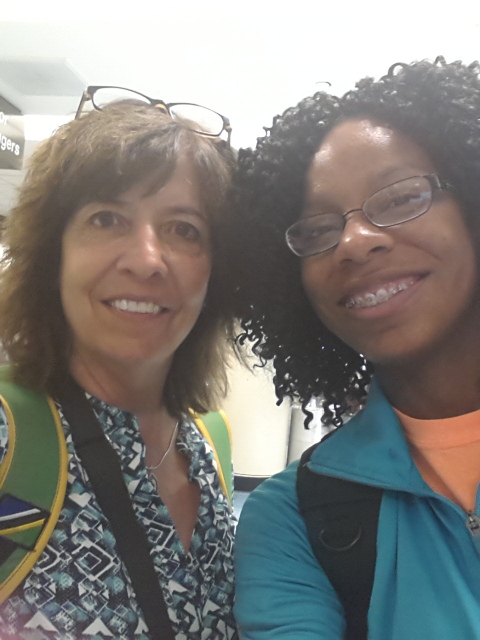